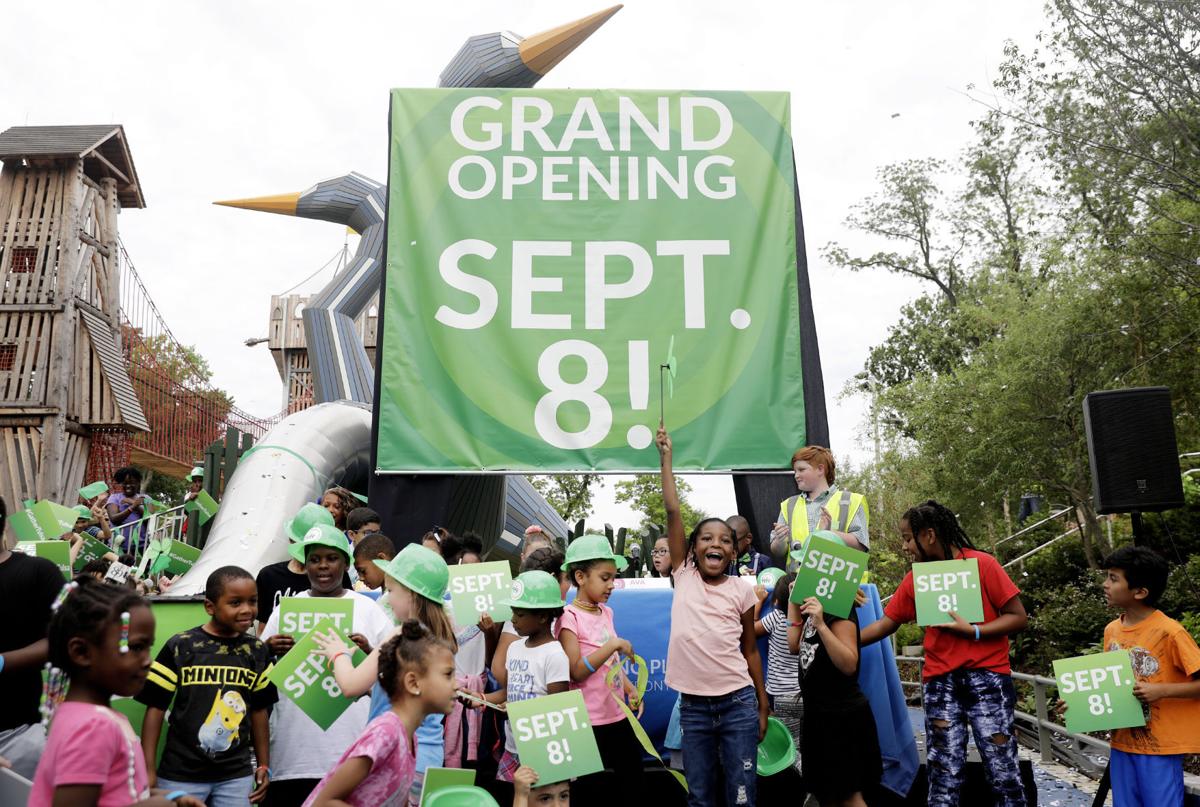 Martin Luther King Jr’s most profound words were, “I have a dream that one day down in Alabama — with its vicious racists, with its Governor having his lips dripping with the words of interposition and nullification — one day right there in Alabama, little black boys and black girls will be able to join hands with little white boys and white girls as sisters and brothers.”

Tulsa, Oklahoma was once just like the Alabama MLK spoke of but today Tulsa is a new city promoting diversity and inclusion, MLK’s dream of children from all walks, races and creeds will manifest even more with the opening of A Gathering Place for Tulsa, it will be the most diversified cultural venue in Oklahoma.

Tony Moore was not initially looking for a job change, but it was A Gathering Place for Tulsa’s message of inclusion and diversity that eventually proved too hard for him to ignore. Moore officially began his role as Park Director for the Gathering Place in August 2016.

His background working in the entertainment park industry spans more than 30 years and began with his first job as a part-time operations employee at Sea World. He went on to work in various roles, including marketing, environmental, health and safety, and culinary operations, at a number of Orlando-area entertainment parks. Most recently, Moore served as Chief Operating Officer at Lowry Park Zoo in Tampa, one of the most visited zoos in the southeast U.S.

Tulsa City Council District 1 candidate Jerry Goodwin stated, “I’m very excited about the Gathering Place and the role its going to place in our community, with reference to providing us recreational activity and just serving a greater purpose of diversity with the community. The Kaiser Foundation has done a remarkable job building a diverse park and hiring various people from all backgrounds of life to operate and run the facility.”

A Gathering Place for Tulsa story begins with the George Kaiser Family Foundation and an extraordinary dream to transform nearly 100 acres of Tulsa’s iconic waterfront along the scenic Arkansas River into a dynamic, interactive environment. Tulsans needed a welcoming, natural space where members of our diverse communities could come together to explore, learn and play.

After years of planning, generous donations and input from the community, Tulsa’s dream became reality. In 2014, A Gathering Place for Tulsa broke ground on Tulsa’s world-class park. The dream of a space to celebrate and gather along the river was becoming reality.

The next chapter is filled with excitement as A Gathering Place for Tulsa welcome’s its first guests this September. The children, families and friends of Tulsa will write the narrative from there, an ongoing adventure sure to inspire wonderful moments for generations to come. The George Kaiser Foundation and A Gathering Place for Tulsa look forward to witnessing memories made and celebrating the collective growth experienced through Gathering Place, where adventures will only be limited by one’s imagination.

A Gathering Place for Tulsa will represent diversity and inclusion. The wonderland shall remain consistent in its mission as a project led by George Kaiser Family Foundation, that we all become united in our love community. Relatives, close friends, neighbors are all family. People are united from every zip code, from the city to the suburbs, from the river to the hills, from the north to the south, from the west to the east. A Gathering Place for Tulsa is the ultimate expression of Tulsa’s spirit of unity. A place for everyone.