Things didn’t go exactly as planned for Reggie Evans last year, when he thought he’d be playing with his former Seattle SuperSonics teammate Rashard Lewis. But Evans was reunited with Lewis in 2018 when the BIG3 MVP recruited Evans to be one of his co-captains with the 3-Headed Monsters. And the reunion was worth the wait, as Evans helped the 3-Headed Monsters tip off the second season of BIG3 action with a win.

“I felt good, man. I was looking forward to this,” said Evans, who finished with 17 points and 14 rebounds in a 50-48 win over the Ghost Ballers in the first game played Friday night at the Toyota Center in Houston. “We were supposed to play together last year but things didn’t work out the way it was supposed to go. It worked out this year, so now we’re together and we can make it happen.”

In addition to his usual ferocious play on the boards, Evans was hitting some jumpers as well. “We’ve been working on that,” he said. “We knew going into this year that they’d be double-teaming Rashard, so we wanted to be ready for the open guys to knock down the jump shot.”

The victory was a true team effort. Lewis, Evans and Mahmoud Abdul-Rauf all picked up where they left off last season, but they also got strong efforts from newcomers Qyntel Woods and Salim Stoudamire. “They were huge,” said Evans. “We got a team. We encourage each other. We want to let them know, this is what we expect. If you’re open, knock it down … It worked out perfect.”

What didn’t work out perfect was the start of Trilogy’s defense of its BIG3 championship. Week 1 ended with Trilogy losing for the first time after sweeping through 2017 with a 12-0 record. Trilogy was upset by Tri-State in perhaps the most heated game of the night.

Here’s a recap of all four Week 1 games:

3-HEADED MONSTERS 50, GHOST BALLERS 48
Evans scored the first points of the BIG3 season and he kept the intensity going throughout. Ricky Davis did his best to keep the Ghost Ballers in the thick of it, scoring a game-high 21 points, including three 3-pointers. The game was back-and-forth through much of the first half, until a steal by Lewis and dish to Woods, whose bucket gave the Monsters a 25-20 halftime lead. Strong inside play from Lewis and Evans at the start of the second half gave the Monsters a 31-22 lead, but the Ghost Ballers fought back. Carlos Boozer made his presence felt, scoring six straight at one point. Boozer finished with 15 points and 7 rebounds, converting a 3-point play that gave the Ghost Ballers the lead at 44-43. The game was later tied at 48 when Abdul Rauf hit a jumper for the game-winning shot. Abdul-Rauf finished with 11 points, 3 rebounds and 4 assists. Woods, in his BIG3 debut, had 10 points and 3 boards.

3’S COMPANY 51, KILLER 3s 30
Michael Cooper won his coaching debut with 3’s Company, and his team got off to a blazing start – jumping out to a 26-7 halftime lead. New co-captains Baron Davis and Drew Gooden led the way. Davis tied a BIG3 record with two 4-pointers in the game. The Killer 3s made a game of it in the second half, led by new co-captain Metta World Peace (12 points, 8 rebounds) and veteran Stephen Jackson (10 points, 5 rebounds, 2 assists). In the end, 3’s Company was too much. Davis finished with 17 points and 9 rebounds. Newcomer Andre Emmett finished with 10 points, 9 rebounds and 4 assists – and he hit the game-winner to give 3’s Company the victory.

POWER 51, BALL HOGS 31
Andre Owens, an MVP candidate and the first overall pick of this year’s draft, opened the scoring with a 3-pointer for the Ball Hogs. Nevertheless, Power would not be denied as they got Nancy Lieberman her first win as a BIG3 coach. Power was down 12-7 early when they went on an 11-0 run. New Power co-captain Glen “Big Baby” Davis was a force under the boards, and his basket gave Power a 26-24 halftime lead. In the second half, Power built a 39-31 lead, then went on a 12-0 run – punctuated by Cuttino Mobley’s game-winner. Power captain Corey Maggette led the team with 17 points, adding 9 rebounds. Mobley had 12 points and 4 rebounds. Big Baby added 11 points and 4 boards. DeShawn Stevenson paced the Ball Hogs with 17 points, including three 3-pointers.

TRI-STATE 51, TRILOGY 34
Tri-State was the more intense team right from the start, jumping out to a 21-12 lead. Newcomer Robert Hite hit a 4-pointer to give Tri-State a 27-17 halftime lead, and they maintained a 10-point lead for much of the second half. New Tri-State co-captain Nate Robinson was a sparkplug, and he jawed with Trilogy co-captain Rashad McCants most of the night. David Hawkins was the leading scorer for Tri-State, with 19 points and 5 rebounds, but it was Robinson who led both with his words and actions. Robinson finished with 10 points, closing out the game with a 3-pointer for the game-winner. He then celebrated by grabbing the mask that McCants had worn out on the court before the game – leading to a heated exchange between Robinson and most of the Trilogy players. McCants finished with 16 points and 1 rebound.

Next week, the BIG3 returns to Chicago with four games at the United Center on Friday, June 29. Here’s the slate: 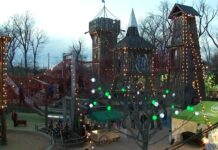 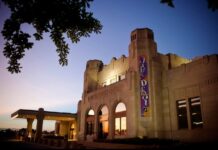 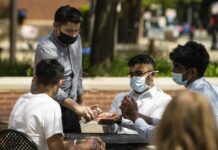