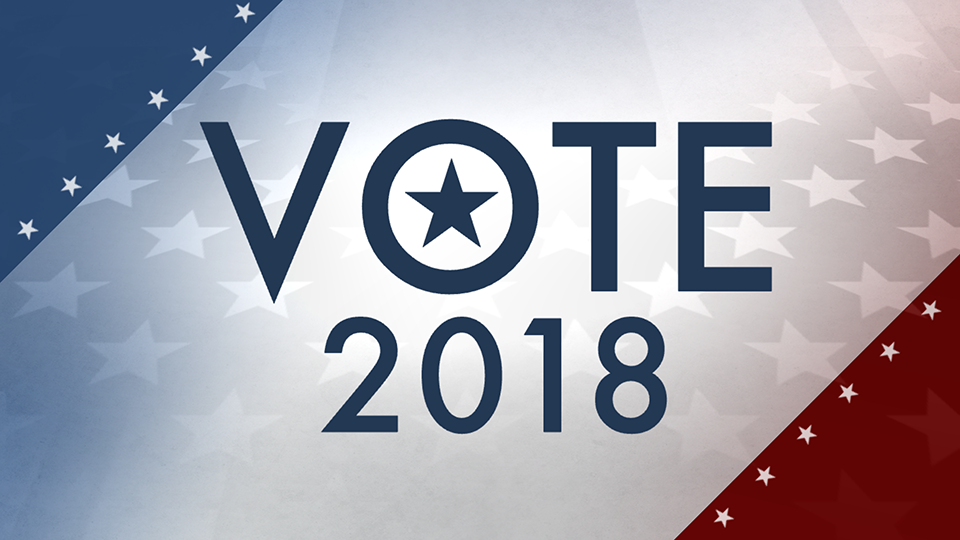 Every election is important. It is a time to keep the present leadership or make sweeping and needed changes. This year looks like change is needed. The Oklahoma Eagle urges our readership to get out and vote. Take a friend to vote and talk about the issues that are going to influence the future of life in Tulsa. Get involved.

With Governor Mary Fallin leaving office, Oklahoma will have an opportunity to elect new and exciting leadership.

For the Democratic nomination The Oklahoma Eagle endorses Constance Johnson. She is facing Drew Edmondson and his famous name in Oklahoma politics. He is able and experienced. However, Johnson is also experienced and able. She also represents new ideas and some are bold. She is a long time legislator and knows the stranglehold some industry has on party leadership. Johnson is not in the back pocket of big business.

On the republican side of the governor’s race The Oklahoma Eagle endorses Kevin Stitt. His rags to riches rise to success shows the kind of spirit and drive Oklahoma clearly needs. His reputation for good employee relations bodes well for the next Oklahoma chief executive.

This primary race is for the republican candidates and there is a spirited and sometimes nasty race for the nomination between Gentner Drummond and Mike Hunter. Hunter is the incumbent and he is the choice of The Oklahoma Eagle. His steady hand is needed and Drummond doesn’t appear ready for leadership. Hunter working with a new governor will certainly be a plus for the state. His strong advocacy and defense of corporate wrong-doing has paid off for the state at a time when money was hard to find.

For the democrats The Oklahoma Eagle endorses Anastasia Pittman.  An experienced lawmaker and passionate defender of women and children, Pittman is well prepared to become second in command at the state capitol. She also has a distinguished pedigree. Pittman is the great-granddaughter of Abner Burnett, Tulsa Race Riot survivor, and granddaughter of the late Jazz Hall of Famer, C.E Pittman, the late Juanita B. Pittman, and the late Mary Lee Thurman Taylor. She owns the unique honor of serving as chairman of both the Black Caucus and Native American Caucus. She is a proud member of the Seminole Nation and follows in the footsteps of fellow tribesman Kelly Haney who served a long career in the Oklahoma legislature.

For republicans, they should not vote for Eddie Fields given his anti-Indian stances. The Oklahoma Eagle urges GOP voters to support Dana Murphy. She is much more able to handle the post given her proven record as a geologist and corporation commissioner. She has tackled difficult problems facing the state in helping both consumer and business. Not an easy road to follow.

On the democrat side of the ballot, The Oklahoma Eagle endorses Ashley Nicole McCray. The Corporation Commission is a powerful body that has a large role in everything to utility rates to petroleum production. Former office holders typically came from those industries. At times it seemed like they were there to protect the industries over the interest of everyday Oklahomans. McCray is a social and environmental activist. She possesses an impressive education in history, environment and industrialization. She is currently completing a doctorate in her education. The Oklahoma Eagle endorses the Native American candidate for her passionate and common sense perspectives on including environmental concerns at the Corporation Commission. She was successful along with others in pushing for reductions in fracking. The corporation commission cannot be the sole property of utility companies and big corporations, someone needs to stand up for Oklahomans. In 2015, the Obama White House recognized McCray as one of eleven WHO: Champions of Change for Young Women Empowering Communities.

Republicans should replace Bob Anthony with Brian Bingman because it’s time to retire Anthony. Bingman believes the Corporation Commission should be an engine for economic development by removing state regulations from corporations in creating jobs. While the idea of more jobs is good, we hope he balances that notion with concerns for the health and safety of Oklahomans.

This should be an important race for many Tulsans as it’s an opportunity for new and fresh leadership. Unfortunately, no republican running fits the bill. They all hold up the intolerant banner of some conservative positions.

Democrats can offer good alternatives to the current state of poor leadership in congress. Every one of our lawmakers supported huge tax cuts for the mega wealthy and is giving the bill to the poor and working poor. Amanda Douglas has pledged to fight that destructive trend in Washington and spread the sacrifice evenly between all people. She also joins the sorority of candidates running in U.S. elections offering Native American female candidates. There has never been one and Douglas would bring a strong voice for all the forgotten residents of District One. The Oklahoma Eagle endorses Amanda Douglas.

Like the republican candidates in the First District, no republican candidates are worthy of an endorsement. They all cling to failed and intolerant policies that only hurt the nation. On the other hand the democrats offer some exciting and compassionate choices. Clay Padgett and Elijah McIntosh offer good alternatives to the poor leadership currently in Washington D.C. representing Oklahoma. Both men have great leadership abilities chiseled in noble service to our country as members of the military. Both have impressive education and business backgrounds. By a hair The Oklahoma Eagle endorses Elijah McIntosh. He is also a disabled Native American veteran with more than a passing interest in the less fortunate in the Second District. Both see the wisdom of using Native American governments to stir economic development.

The race here is on the republican side where incumbent Rex Duncan is in a dog fight with Mike Fisher. No democrats filed. Duncan has waged a public battle with Native Americans in Osage County which has led many Osages to support Fisher who doesn’t share Duncan’s views on working with the tribe on opposing cross deputization because the nation is placing land into trust for economic development plans. Republican Party leaders are debasing Fisher in social media for gathering votes from tribal citizens. Many Osages switched to the Republican Party just so they could vote for Fisher. The Oklahoma Eagle endorses Mike Fisher who plans to represent all citizens.

Oklahoma needs more supporters of education and good old common sense in the legislature. For those reasons The Oklahoma Eagle endorses Louise Red Corn. The former newspaper publisher has kept a vigilant eye on the events and life of Osage County residents and the poor representation. The open seat provides a great opportunity to place a good leader in that seat.

This republican remembers he represents all people without regard for which political party they belong to and brings good common sense to the state senate. The Oklahoma Eagle endorses Bill Coleman.

Voters should return Steve Kunzweiler to office. Without fear or favor the crusading district attorney is a crucible for equal justice. The Oklahoma Eagle endorses Steve Kunsweiler.

The Oklahoma Eagle endorses State Question 788 which legalizes medical use of marijuana. Despite opposition the measure would create out of control abuse it in facts comes with plenty of safe guards and provides pain relieving assistance for many Oklahomans. It also provides funding for education and substance abuse rehabilitation. Vote Yes.