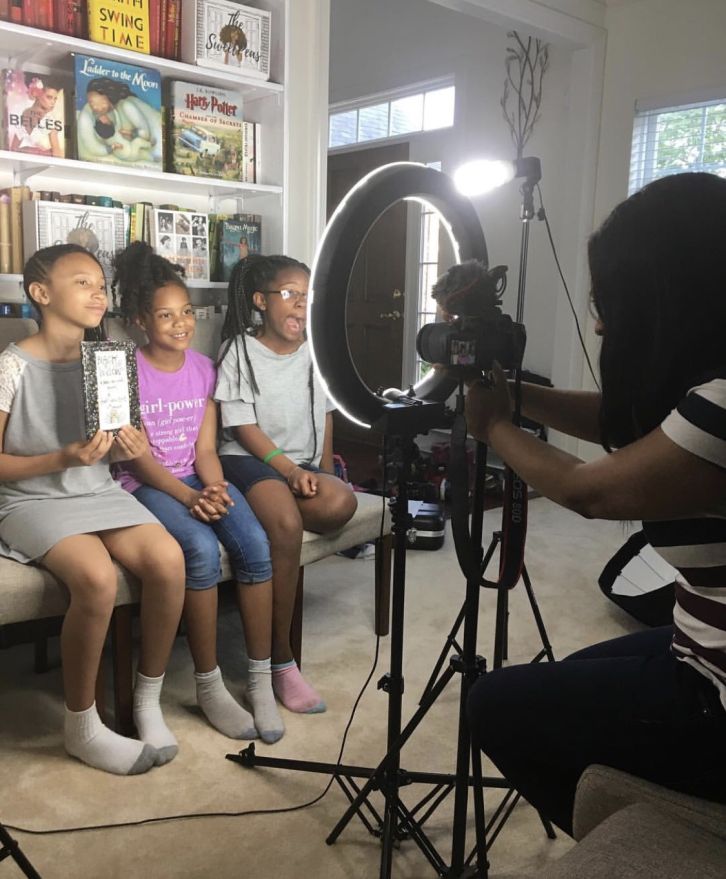 “I would call it sort of a call to action or a movement to inspire other girls of color to read.”

This revolution will be televised – or at least streamed online.

And make no mistake: When you’re dealing with a group of pre-teen Black girls encouraging each other to read and write stories that portray positive images of people who look like themselves, it is nothing short of a revolution.

And that’s where the SweetPeas come in.

Started in earnest as a labor of love by a career educator and new author, the growing literary collective of young Black and brown readers and authors who take to Instagram to review books for and about people of color has accomplished its mission, and then some. Oh, and did we mention they are absolutely adorable?

“SweetPeas is actually a book series that I’m working on right now,” Lakita Wilson, a teacher in Maryland who has taught on both the elementary and collegiate levels, told NewsOne recently. “It’s pretty much all about girl power and representing girls of color in a really positive light.”

Wilson, 35, who also owns a child care center, teaches at a local community college and recently won a coveted award from the Society of Children’s Book Writers and Illustrators, said she has “always been heavily involved in education in my community.”

But that professional involvement turned personal as her daughter started getting older and coming across fewer books that presented positive images of her own likeness. As a result, Wilson decided to write her own original series of books that wasn’t only laser focused on the familiar themes of slavery and civil rights that so often turn up in books for and about Black people.

To hammer those points home, Wilson started the SweetPeas Instagram page. It began less than a year ago as a platform to promote books for and about girls of color in the pre-teen age range but has since blossomed into much more, including the girls reviewing books in a video series on Instagram.

As shown in the videos, the SweetPeas girls are having a blast while not losing sight of what it’s all about.

“Being a SweetPea Girl lets me spread a positive message about reading to other kids my age or younger, wrote Tori, an 11-year-old who has already written her first book.

“When Tori shared the book she wrote, I didn’t know girls my age could write books,” said Dallas, the nine-year-old stepdaughter of Wilson. “It made me want to write my own stories, too.”

Another of the girls, Leah, 11 said, “The SweetPeas are like my reading besties.” She continued: “We talk about books that have black girls in them, which feels great because there aren’t that many black girls in the books we read at school.”

When other parents caught wind of the literary-meets-multimedia project, they wanted their kids to be a part of it, too.

“From there it just kind of took off,” Wilson said.

With literacy levels among African-American students lagging, the push by the SweetPeas to counter that narrative is the very definition of revolutionary.

“I would call it sort of a call to action or a movement to inspire other girls of color to read,” Wilson said in summing up what SweetPeas is at its core. “[Black girls aren’t] just only interested in the latest lip gloss or Beyonce or whatever. We may love those things too but there are a lot of book worms out there with my same brown skin color.”