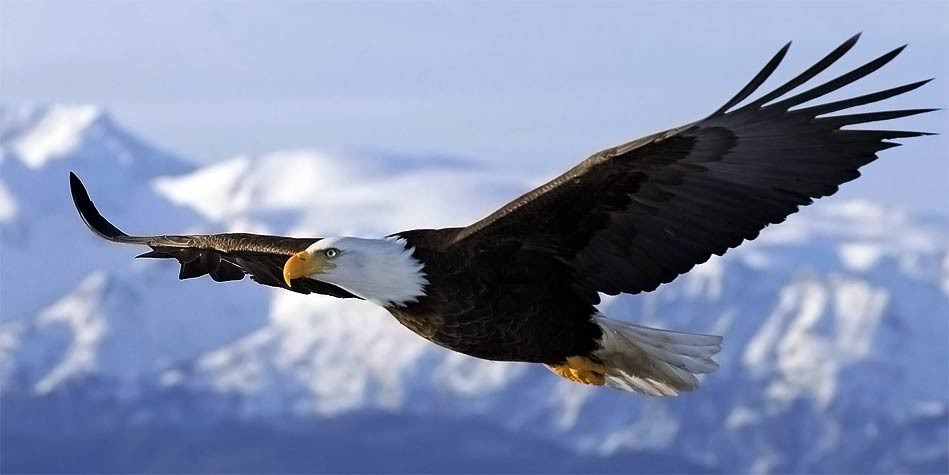 These ‘SweetPeas’ Are Trying To Reverse The Black Literacy Trend, One Book At A Time

That the newspaper the Oklahoma Eagle exists at all is a miracle. That it needed to be born was a tragedy.

The original paper for Tulsa’s African-American community was the Tulsa Star, but during the so-called Tulsa Race Riot of 1921, whites bombed the the Star’s offices into oblivion. The Eagle, like the phoenix, arose from the ashes to replace the defunct Star, and in 1936, E. L. Goodwin bought it. I interviewed his son, current owner Jim Goodwin, who joked that “the paper owns me.” 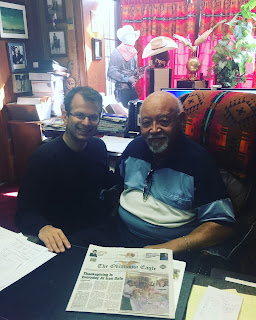 I asked him what to call the events of 1921. Read just a little bit about the events, and the term “race riot” seems Orwellian, racist even. It was not a “riot.” You don’t call something a “riot” that involves whites throwing bombs on black businesses from airplanes.
He understood the conundrum. “Historically, it has been euphemistically called a ‘race riot.’ Others call it a massacre, or a terrorist attack. I’ve adopted the common term of ‘race riot,’ but in some of my writings, I’ll use ‘massacre.'” I’ll use that term in this article. As Jim pointed out, “Tulsa was the first American city in history to be bombed.” 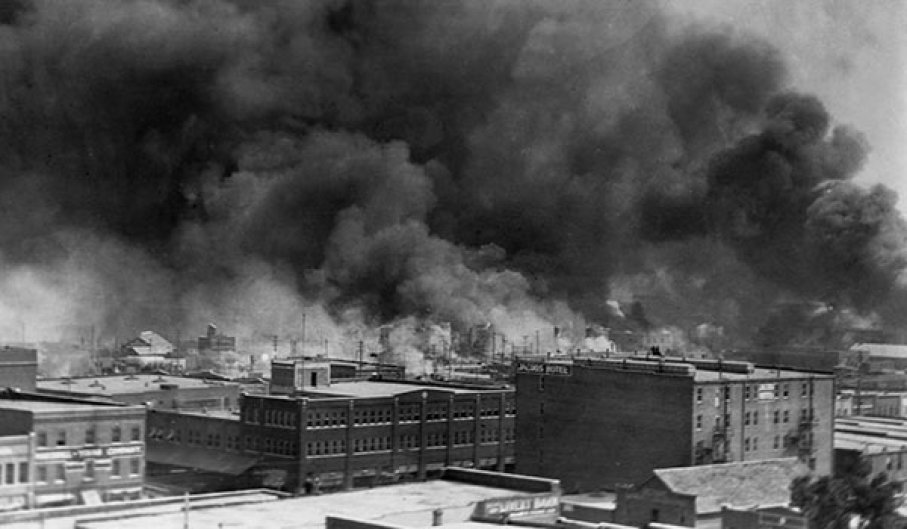 Why does it matter what we call it if it was so long ago, you might wonder. Except…it doesn’t feel that long ago. Not when Jim Goodwin tells you that his dad lived in Tulsa because Jim’s grandfather left Mississippi in 1910 to avoid that state’s requirement that a black man would have to leave the street to walk in the gutter when a white man strolled along. The events of 1921 don’t feel that long ago when you learn that it wasn’t until this century that serious efforts to seek any kind of restitution for the hundreds of deaths and millions of dollars in damage began. 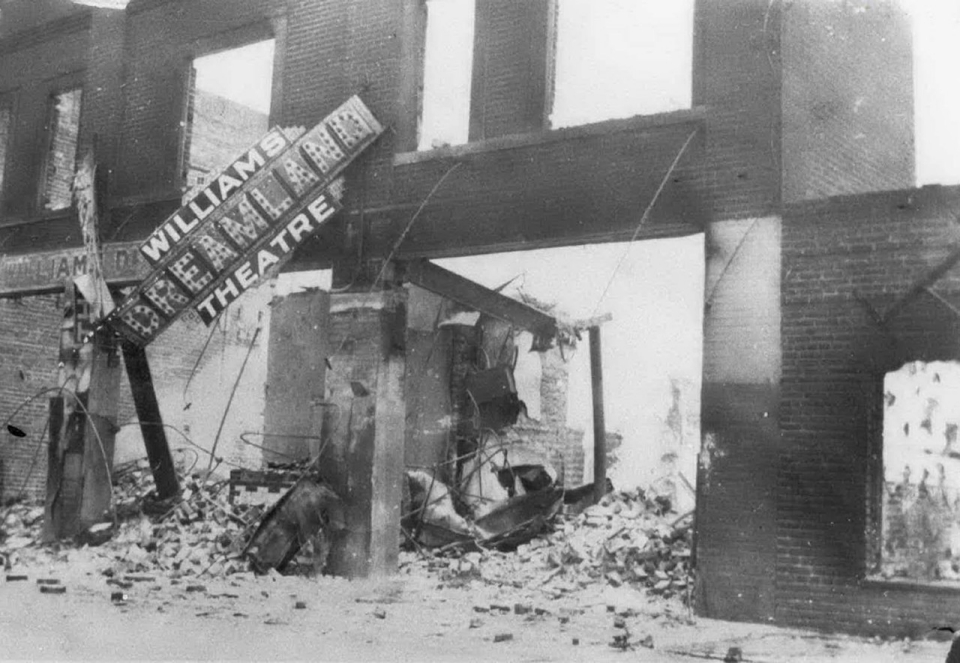 Despite the involvement of famed lawyer Charles Ogletree, the efforts failed. The presiding Judge Ellison dismissed the suit in 2004, saying that the plaintiffs had waited too long…as if there were any chance they might have received justice if they’d filed suit immediately, or even waited until the 1960s or ’70s.
Jim Goodwin possess an intimidatingly keen, virile intellect that roves effortlessly from one topic to the next. Over nearly 2 hours in his wood-paneled office, lined with newspapers dating back to 1858, quotes from Lincoln, and pictures of black leaders, he gave me a nonstop history lesson, leaping easily from Ogletree back across the decades to his youth. Born in 1939, he remembers seeing Truman on Veterans Day, meeting Nixon in Illinois, interviewing Joe Louis and Satchel Paige, and, as a student at Notre Dame in 1959, introducing the Rev. Ben Hill, who then introduced another minister, Dr. Martin Luther King.

He showed me a 1949 profile of his family by famed white actor and columnist Cal Tinney. Angered by black opera singer Paul Robeson’s criticisms of American racism during a tour to the Soviet Union, Tinney sought to show that life wasn’t actually all that bad for American blacks. He figured that the upper middle class family who owned a newspaper, a farm, and rental properties would make a good subject for his propaganda.

Goodwin’s secretary gave me a photocopy of the cringe-inducing piece. Tinney referred to Goodwin’s mother as “a member of Paul Robeson’s race” and declares, the writer’s eyes doubtlessly misting with emotion, “there may be Negroes doing better in Russia, but I doubt it.” Goodwin’s mother gave Tinney the perfect ammunition in his attempt to disprove Robeson, saying that “America is our home and there could be none better for us.”

Tinney’s profile coincided with a traumatic accident: while jumping from an out-of-control horse in an attempt to avoid an oncoming train, 9-year-old Jimmy Goodwin fell into the center of the tracks just before the train passed over head, dragging him along. It’s a miracle he survived, but he did lose an arm. He told Tinney he still wanted to be a cowboy like Roy Rogers: “Horses are all right. You just can’t trust trains.”

Goodwin has retained this optimism throughout his life. “My mother’s philosophy was, get better, not bitter. We wanted to be part of the mainstream. There was never a desire to reject this country because its promises were greater than its actions.” That carefully stated comment, similar to the well-chosen words his mother gave Cal Tinney in 1949, showcases his brilliant ability to thread rhetorical and political needles, offering both comfort and challenge to partisans on all sides of racial issues. In yesterday’s Thanksgiving editorial on President-elect Trump’s nominee for attorney general, Goodwin wrote, “Ironically, the name ‘Jefferson Beauregard Sessions’ strikes fear into the hearts of many just as the name ‘Barack Hussein Obama’ struck fear into the hearts of many eight years ago.”

Like his parents, he feels that “America is the greatest country,” but admits to being very worried today, saying “the presidency as we know it will end with Trump. He thinks he’s above the law.” When he’s not publishing the newspaper—as if that’s not enough work—he’s a lawyer, and he cited a 1969 case he defended as an example of how the recent election may be a step backwards.

At the University of Tulsa that year, a black speaker named Wilbert Montell Brown spoke of “motherfucking fascist pig cops” and was promptly arrested for obscenity by a cop in the audience. Goodwin defended him, pointing out that under the law at the time, “obscene” language had to be language that could cause sexual arousal, and in that context, such a result was highly unlikely. To desensitize the court to “obscene” language, he even brought in an unabridged dictionary and read the swearwords in it, scandalizing the court. The case went to the Supreme Court…which ordered Brown released!

“I went through a lot of struggle to defend that man,” Goodwin recalled, but then grinned painfully and observed, “And now, Trump used language that bad, frequently, and got elected president.” 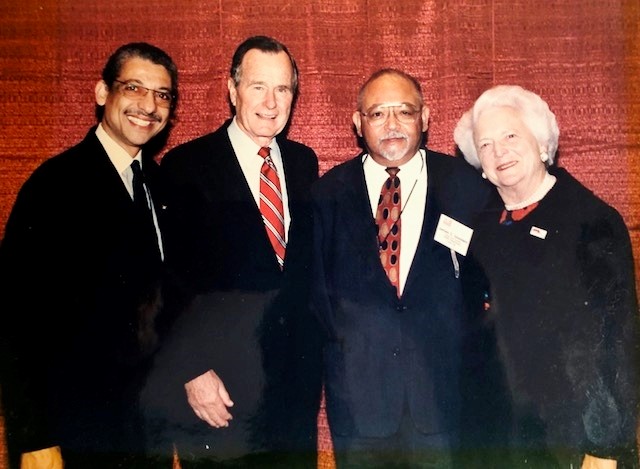 When prompted to muse on the question posed by Cultures in Harmony’s “What is American culture?” project, Goodwin ingeniously paraphrased and parsed the ideas of various writers, whom he name-checked at lightning speed, before arriving at his own synthesis. “Gerry Spence, a marvelous lawyer, said that no one wants freedom in its purest sense. We come together to surrender certain freedoms according to the utility of doing so.” Goodwin then compared and contrasted Frederick Douglas’ view that you can “unchain me and I will do the rest” with Booker T. Washington’s view that you “lift up others as you go.”

Arriving at his conclusion, which reflects the centrist yet precisely articulated views of his parents, he smiled and said, “I believe in both.”

Kirkpatrick Heights: Details of the plan

The struggle between identifying as an individual and identifying with a racial group began long before the Goodwins and continues into this day, which Jim illustrated with an anecdote I hadn’t heard about Jesse Owens: “The NAACP wanted him to boycott the Berlin Olympics in 1936 to protest against Hitler. But his coach convinced him, ‘This is not about race. It’s about you.’ And he went.”

Every day across the USA, members of marginalized groups face the struggle Jesse Owens faced: whether to stand with your group or stand for yourself, whether to do what’s best for the group or what’s best for your dreams. In Jesse Owens’ case, his four gold medals proved a more effective and triumphant rebuke of racism than boycotting would have, although the NAACP could not have known that at the time.

“At some point, you can’t take the burden of a whole race on your shoulder,” Jim Goodwin told me. “In the 1950s, I would laugh my sides off to Amos and Andy, but when my white friends came in, I’d turn off the radio.” One time, Goodwin faced an Owens-level choice, and is still not sure he made the right one. “I’m a big free speech advocate. The ACLU wanted me to represent a Klansman who had been denied a permit to speak. I declined. I just couldn’t do it, and I felt bad.”

Listening to Jim speak made me nostalgic for my own boyhood, when my newspaperman father would take me to the offices of the Indianapolis Star, which in the 1990s still carried a whiff of the old-fashioned newspaper atmosphere that I found in the lamps, lustrous wood panels, and old photos in Jim Goodwin’s office. But something else seemed to carry me further back in time, and I couldn’t place it until I realized: the offices of the Oklahoma Eagle feature an unusual amount of quotes from and pictures of Lincoln.

Lots of people pay lip service to admiring our 16th president, but Goodwin genuinely does. He showed me a yellowed copy of the Daily Illinois State Journal from June 14, 1858, advertising the legal services of Lincoln and Herndon. Goodwin’s sincere admiration for Lincoln struck as quaint, almost old-fashioned, until I realized with a pang that for Goodwin, Lincoln’s victories are not comfortably ensconced in the past, their virtue assured, the freedom of all humans guaranteed. It’s not just that 20 per cent of President-elect Trump’s supporters do not think Lincoln should have freed the slaves.

It’s the indignity of a grandfather who fled Mississippi to avoid being forced to walk in the gutter. It’s a father who was 19 when whites bombed blacks in the first aerial bombing of a US city. It’s knowing that we still call those events a “race riot” rather than a massacre, and that no one felt able to attempt to claim reparations for that crime against humanity until this century…and that those efforts failed.

So no, it is not illogical that the owner of Oklahoma’s preeminent African-American newspaper keeps Lincoln and his historic victories close. American culture is the history and present vitality of the Oklahoma Eagle, and the knowledge that we will need its watchful, protective eye for some time to come.