First lady Melania Trump attended the funeral of former first lady Barbara Bush on Saturday without President Donald Trump, who was visiting one of his golf resorts in Florida.

Melania Trump was seated next to former President Barack Obama during the service, and at one point, the two shared a warm exchange that received plenty of attention on social media.

As organ music played and mourners thumbed through their programs, Obama leaned over and appeared to say something to Trump. Both briefly smiled ― and now, that moment has gone viral on Twitter: 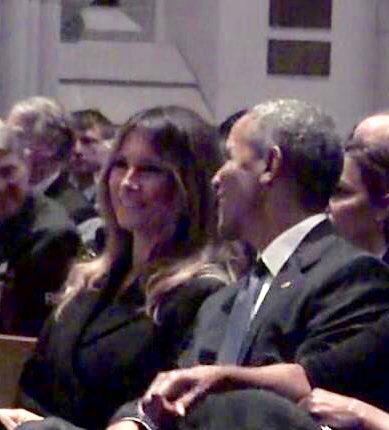 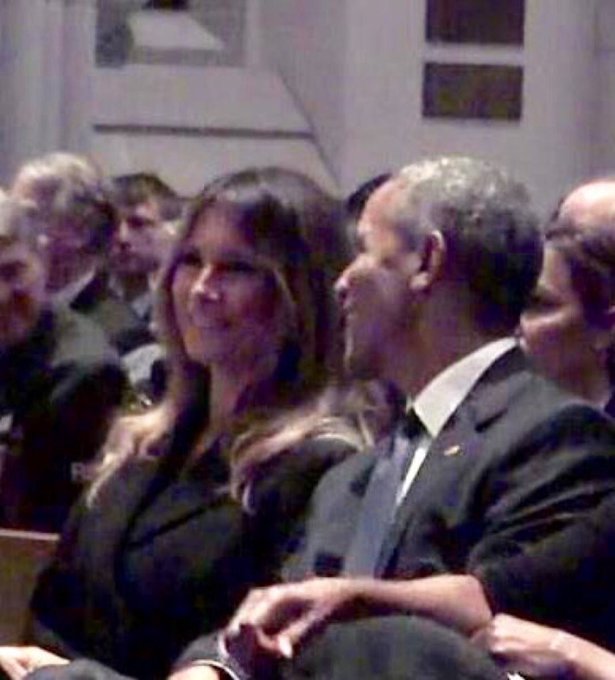 Do NOT tweet this photo to @realDonaldTrump. He’ll hate knowing that the first time Melania cracked a smile in years was during a quiet chat with Obama.

This photo from Barbara Bush’s funeral speaks volumes. After everything Trump has done to Obama, Obama still treats Melania with kindness and respect. What a diplomat and gentleman. That’s a real President. No way Trump would be half this warm to Michelle.

Pop Quiz: Of these two photos of Melania Trump, which one was taken at a funeral? 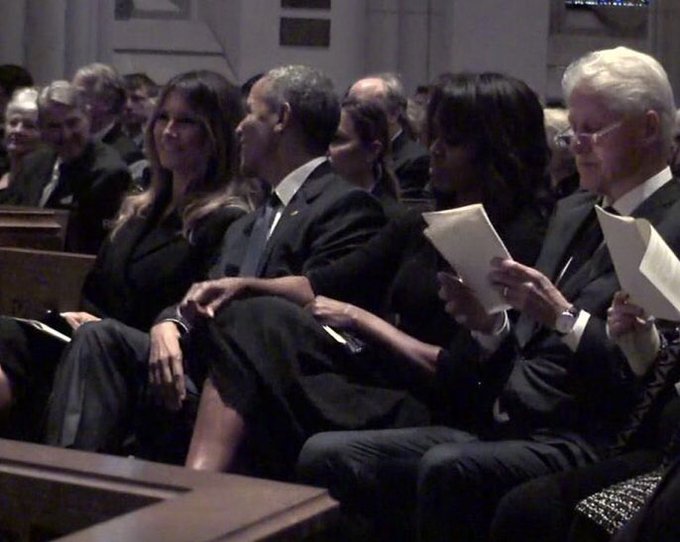 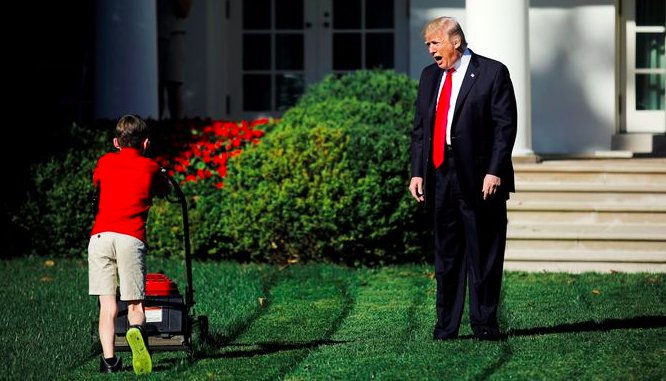 “WHO KNEW MELANIA COULD SMILE?!”

Obama: you know that upsets him

I’m living for this Obama and Smiling Melania #meme
It really is the only time we’ve seen her happy. 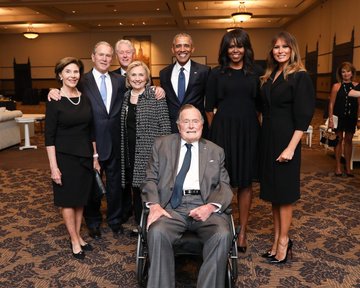 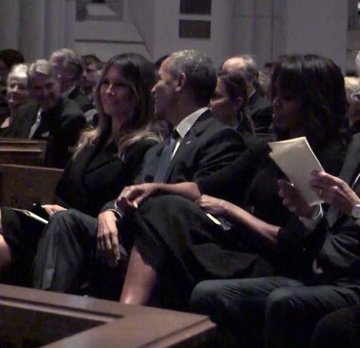 Haven’t seen Melania smile this much in years. She’s happier with the Obamas at a funeral than she is with her husband in the White House

Y’all. Melania is actually happier with Obama at a funeral than she is with Trump at his inauguration dinner!#barbarabushfuneral 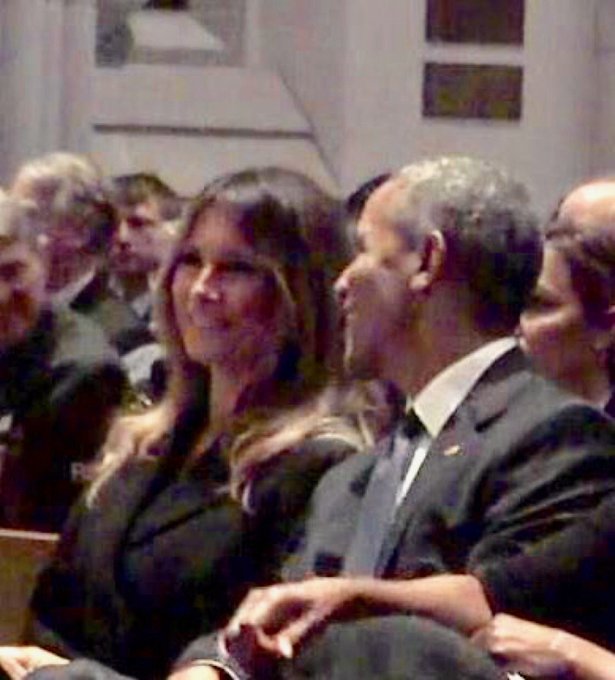 This is Melania and Obama sitting together today at former First Lady Barbara Bush’s funeral. Have you ever, ever, EVER seen Melania smile like this, and look this relaxed, beside her own husband? Ever? 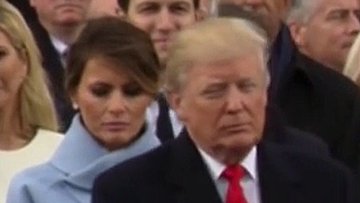 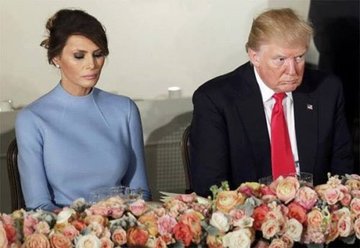 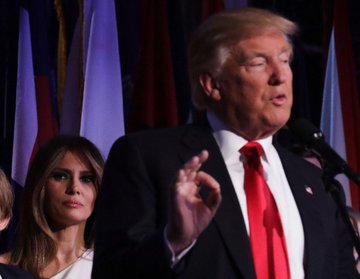 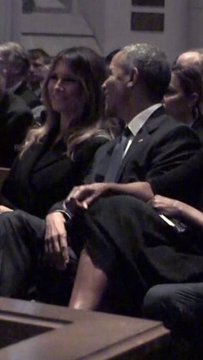 Poor Melania. You never see her smile. Oh no, hold on… 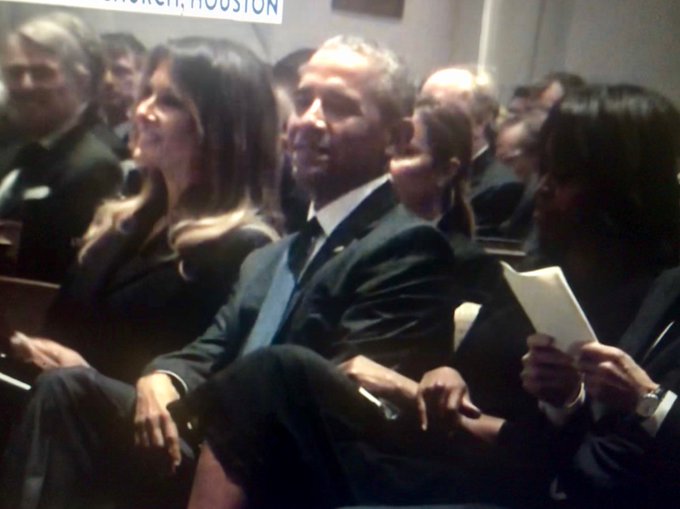 Finally Melania has something to smile about. She’s sitting next to Barack at Barbara Bush’s funeral.

Sad it took attending a funeral without her husband to see what Melania’s natural smile looks like. 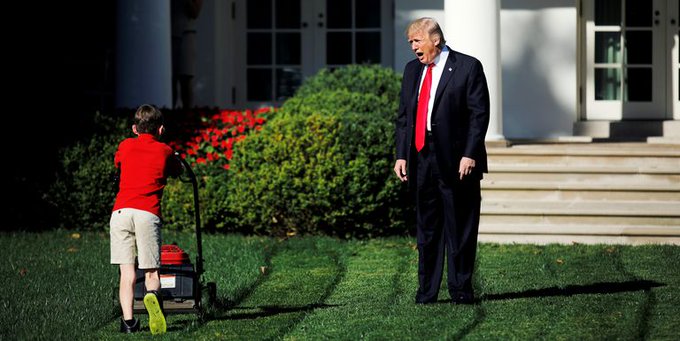 WHY DOESN’T MELANIA SMILE AT ME WHEN I MAKE A JOKE BUT SHE THINKS OBAMA IS HILARIOUS?12