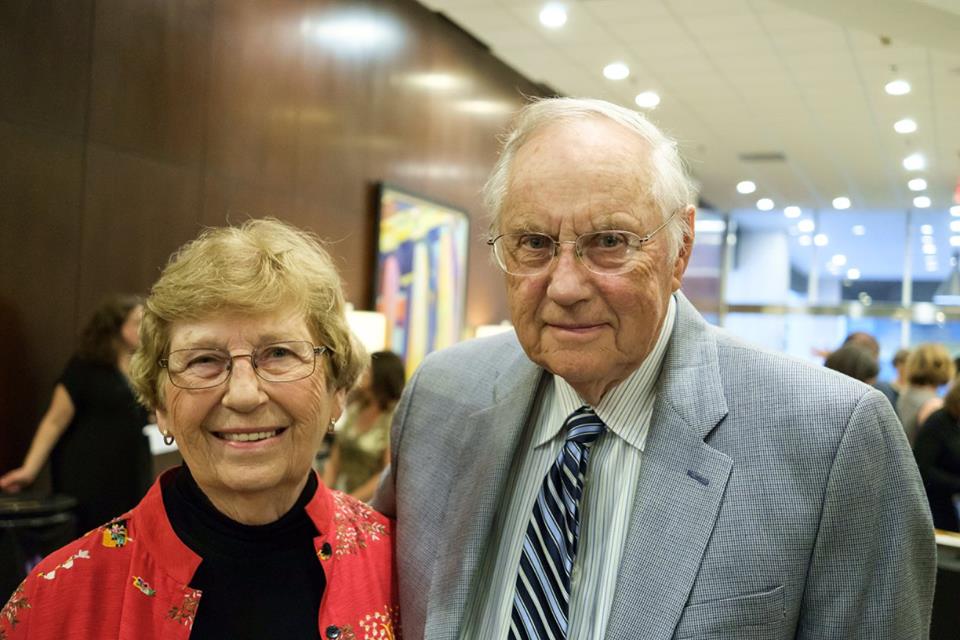 All Souls member Nancy McDonald’s grandmother Morva, widowed at 40, owned and ran the general store and funeral parlor in Beemer, Nebraska, population 600. Morva was an avid reader and as a young mother decided that Beemer, needed a library. She convinced the Carnegie Foundation to build one, then went back to college to earn enough library science credits to run it. She also managed Beemer’s city affairs until she died at the age of 90.

Morva’s daughter Marguerite, Nancy’s mother, worked alongside Morva at the general store, married a farmer and co-managed the farm where Nancy grew up. During the Great Depression, Marguerite also earned her nursing degree and worked in a doctor’s office.

Like the strong Nebraska women before her, Nancy, along with groups of like-minded people, mostly women and often Unitarians, also changed her community for the better; she was instrumental in ending school segregation in Tulsa. 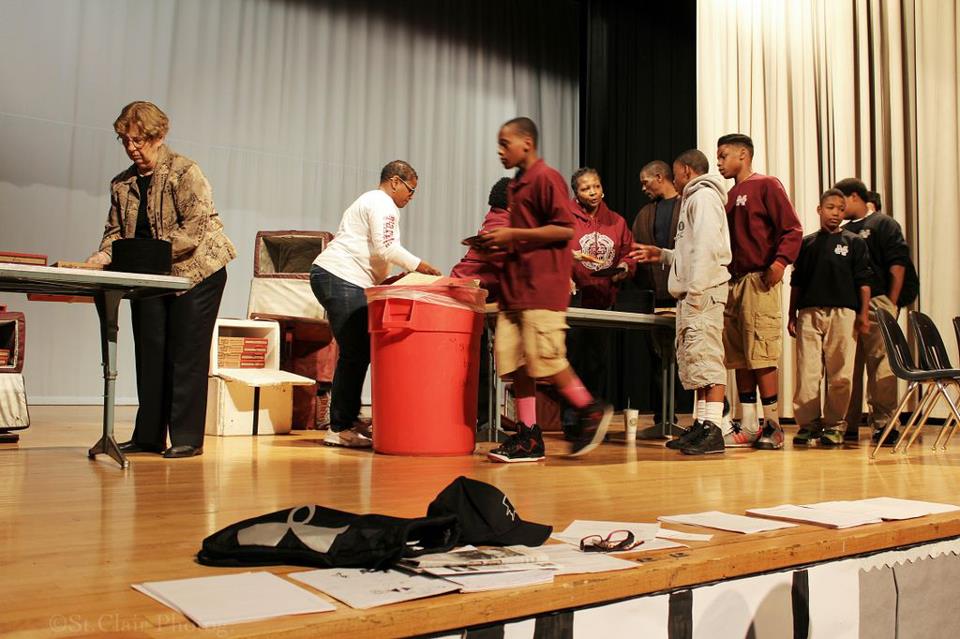 In 1954, the Brown vs. Board of Education ruling was supposed to end segregation in public schools. But by 1966, when Nancy, her husband Joe, and their three children moved to Tulsa, segregation hadn’t budged despite a ruling from the federal Tenth Circuit Court of Appeals to integrate.

“I had never experienced such hate. There were petitions all over the place. Mabel Little, a black activist, was handcuffed and put in jail for demonstrating,” Nancy said. The hatred was particularly striking to Nancy because during Joe’s career as a medical officer in the Air Force, the couple had lived in communities where people of all races and cultures got along.

In addition to opposing segregation, Nancy was also dissatisfied with the Tulsa schools on a personal level. Her two sons were in elementary school and one was so bored with the traditional curriculum that he was a discipline problem.

“Around this time, Susan Swatek, a Unitarian, and others were looking into Alternative Education, which was what they called an open classroom school then,” Nancy said. The group acquired three prefab buildings, recruited teachers and students of both races, and formed the Burroughs Little Demonstration School at 1924 N. Cincinnati, Tulsa’s first integrated elementary school.  They also trained parents to volunteer in the classrooms, another first for Tulsa.

Nancy was also a leader in desegregating Carver Elementary, integrating Booker T. Washington High School (BTW), and introducing the magnet school concept to Tulsa. The Tenth Circuit Court ordered BTW to be desegregated by forced busing, which both blacks and whites opposed. A member of the board of education said that if 600 white teens and 600 black teens could be found to attend BTW, forced busing could be avoided. Nancy volunteered to find the 600 white kids. Her friend Julius Pegues, a leader in the black community, volunteered to find the black teens.

Working with H.J. Green, the newly appointed BTW principal, Nancy recruited the best teachers from other high schools, including six from Edison, and changed BTW’s curriculum to include advanced placement courses, and more language and art classes. Although teenagers wanted to go to BTW, their parents weren’t approving it. “But we found that if we could convince someone with teenagers to host a coffee, or any kind of gathering in their home, then we could persuade them to enroll their kids in Booker T.,” Nancy said.

Nancy and her fellow activists prepared a bulk mailing to potential BTW families in All Souls’ Emerson Hall. But when Nancy presented the mailing to a postal clerk at the downtown post office, he read one of the flyers and said it didn’t look like it had to do anything with a church. He refused to process it.

“I asked to talk to his supervisor and when he came out, it was this black man. He looked it over and said it looked like a church mailing to him, and we got it mailed, much to our relief,” Nancy said. She and her group of activists recruited the 600 white students needed, many of them from All Souls and Hope Unitarian, and today Booker T. has a waiting list of over 300 students. 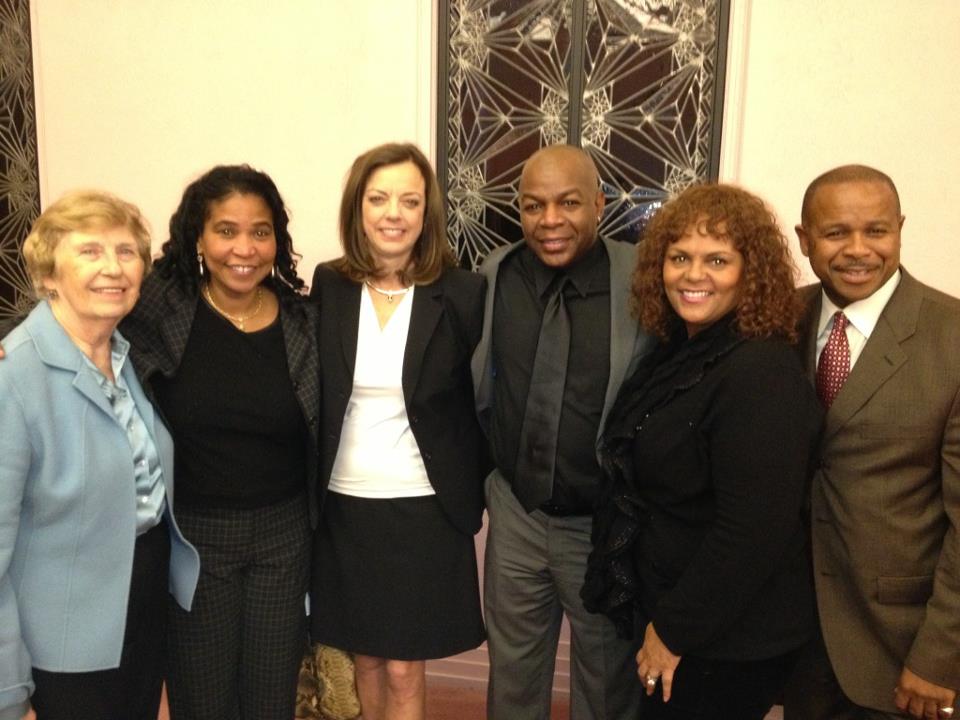 A Slice of PIE

It’s hard to believe, but there was a time when educators didn’t welcome parents’ involvement in schools, other than accepting funds raised by PTAs. Because of Nancy’s activism in the 1970s, when President Reagan started an initiative to get corporations involved in education in the 1980s, Nancy was one of five people selected to participate in the White House Symposium on Education and Corporate Engagement. All Souls member Hugh Burleigh, who was president of Hilti and head of the Tulsa Chamber of Commerce Task Force on Education, asked Nancy to look into a Dallas program called “Adopt a School” which became the Tulsa Chamber’s Partners in Education.

Nancy wrote the guidelines for Partners in Education groups that were published as a book, along with two other books, all on involving community volunteers in public schools. One idea that floated through the national education volunteerism movement was using churches as resources for pools of school volunteers. Nancy guided a pilot program in Tulsa to test the theory but found that instead of focusing on helping students with academics, tutors from one church group were trying to save their souls.

“You can’t have that in a public school so we put a stop to it,” Nancy said. The first successful partnership between a church and a public school nationally was All Souls’ partnership at Jackson Elementary that Nancy started in 1988 and is going stronger than ever today. Nancy continues to lead All Souls Partners in Educationgroup, affectionately known as PIE, which has added Gilcrease Elementary and McLain Seventh Grade Academy to its roster. 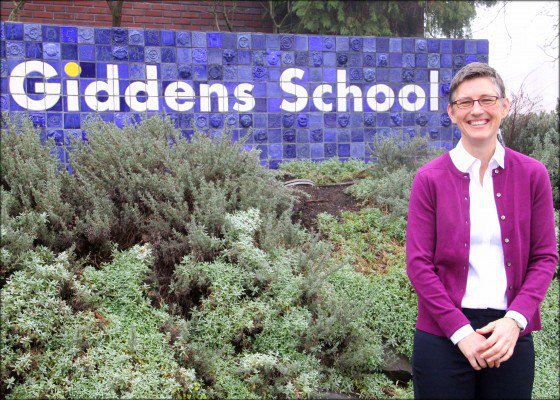 In 1987, Nancy and Joe’s youngest daughter Morva, named for her great grandmother, came out to her parents as a lesbian. Nancy organized a Tulsa chapter of the Parents and Friends of Lesbians and Gays national organization, PFLAG. By 1994, Nancy was elected the national PFLAG president and served in that office until 1998. The LBGTQ community in Tulsa has given many tributes to Nancy and Joe, including naming the library at the Dennis Neill Equality Center/ Oklahomans for Equality in their honor.

When asked if Morva has continued the tradition of education activism, Nancy laughed and said “Oh no, she doesn’t have time.” However, Morva is the headmistress of a private school in Seattle whose school motto is social justice. She has two children, Simon and Sadie. Simon was in DC when the Supreme Court case for marriage equality was being argued and carried a sign in a demonstration.

Four generations after the first Morva, the family tradition of activism marches on.