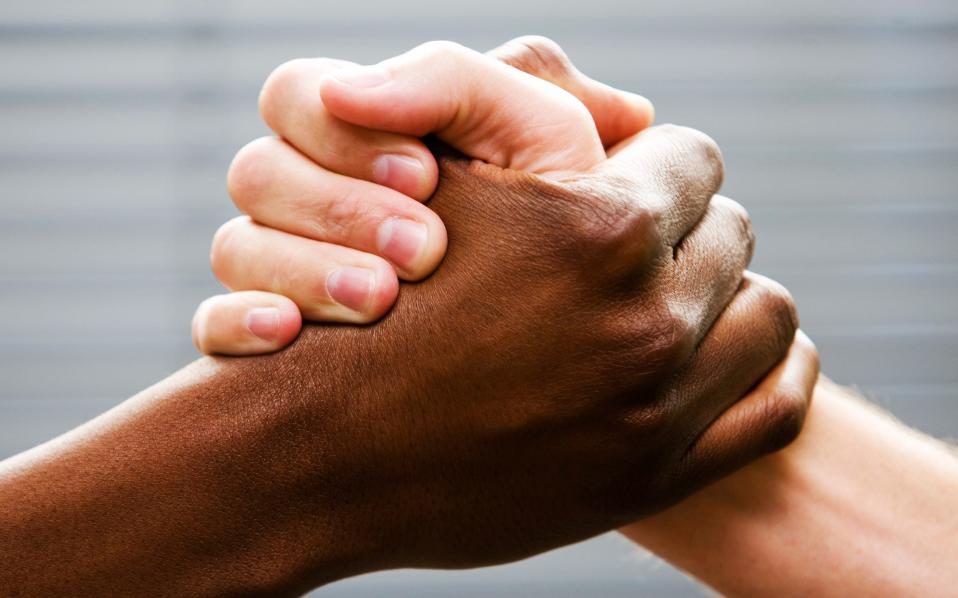 It has been astounding and disturbing to observe the silence of Republican leaders on the dastardly statement the president of this nation made regarding what he called “shithole” countries. It is especially astounding as many lawmakers say they are deeply religious, members of the Religious Right. Their God is a god I do not know.

Many have been waiting for GOP lead lawmakers Sen. Mitch McConnell and Speaker Paul Ryan to make unequivocal statements denouncing the president’s unabashed racist comments. But there has been nothing.

There also has been no outcry from the evangelical Christian community, that wing of Christianity which has historically purported to be the true voice of truth and right relationship with God. Pastor Robert Jeffress, pastor of First Baptist Church in Dallas, has actually defended the president’s remarks.

Racism for many is sanctioned by God, a fact which has kept many caught in racist and hate-filled beliefs, buoyed by a deep belief that racism is all right with God. While some Christians, notably those who are said to be on “the Left,” have decried racism, many on “the Right” seem just as confident that God approves of their beliefs.

The penchant of “godly men” to support racism and the goal of keeping America white is not new. Benjamin Franklin, in his Observations Concerning the Increase of Mankind, wrote, in 1751, “…the number of purely white people in America proportionately very small. All Africa is black or tawny; Asia chiefly tawny …why should we, in the Sight of Superior Beings, darken its people by planting them in America where we have so fair an opportunity of excluding all Blacks and Tawneys…(and) of increasing the lovely White and Red?”

Benjamin Franklin was a “godly” man, “good people,” as this president would say, and saw no disconnect between his innate racism and the presence and will of God.

But the message of “God’s goodness” has, for some, always clashed against the notion of a God who placates, supports and endorses racism.

The late Rabbi Abraham Heschel said “racism is worse than idolatry. Racism is Satanism, unmitigated evil.” He said, as has the Rev. C.T. Vivian has said, “You cannot worship God and at the same time look at man as if he were a horse.” (Abraham Heschel; Essential Writings, p. 66)

In that work, Heschel quotes the late Reinhold Niebuhr, who said, “Race prejudice, a universal human ailment, is the most recalcitrant aspect of the evil of man. “Racism,” says Niebuhr, “is a “treacherous denial of the existence of God.”

If, as Heschel says, racism is “man’s greatest threat to man, the maximum hatred for a minimum of reason,” then we are living in an era of high threat. The negative energy which is racism is swirling, working itself into a Tsunami which will damage more people than we might care to think about.

In listening to some “conservative” religious voices support the president’s racism, it is hard to reconcile their words with a perception of God as being entirely different. This divide between the “God of the Left” and the “God of the Right,” which is really an artificial division created by culture, causes consternation in those who are seeking to make sense out of a situation which makes no sense at all. The divide shows that we practice a “cultural Christianity,” as opposed to a “Biblical Christianity.”

God, it seems, lets the privileged have their way. There is no divine punishment for racism or for racists; the God of the Right is fairly lenient. The Religious Right is quick to condemn people for actions they consider “sin,” most notably abortion and homosexuality. Members of the Religious Right are quick to ascribe natural disasters to a God angry about sin.

Racism never makes the list. It apparently is not punishable.

But if, as Heschel says, “racism is worse than idolatry,” if it is “Satanism,” then what’s up with the inaction of God? Heschel says that “in dishonoring the Negro’s name, people “profane” God’s name. These white people who live in racist thought continue to plough over the hearts, minds, spirits and rights of people of color, and the God of the Right never says a word.

With this president, it seems that we may have come to a fork in the road, to a place where we must decide which “side” we’re on – the side of a compassionate God who loves all, or on the side of a god who is sexist, racist and who sanctions and allows hatred and the dehumanization of people supposedly created by God.

People who, like the president spew their hatred with little fear of divine retribution. They practice a religion which is an insult to the concept of a good God. It is no wonder that many people have turned away from religion; as a cultural phenomenon, it is abusive and oppressive, blind to the pain its beliefs, language and practices cause so many.