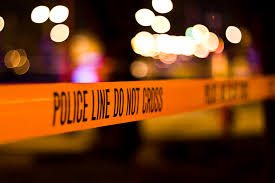 It’s no secret police shoot around 1,000 people a year in the line of duty. Some of those people are armed with loaded weapons, some are carrying toy guns, some are unarmed, some are mentally ill, drunk, upset over a domestic incident, and some are carrying BB or pellet guns. There are varied reasons and scenarios over shootings. But, one thing is certain, it happens often in this country and perhaps there are ways to avoid lethal interactions with law enforcement.

On January 17, 2018, Bartlesville police were executing a search warrant because Mike Livingston was suspected of selling marijuana out of a home he shared with his 72-year old mother, Geraldine Townsend.

As they entered the home and took Livingston under arrest, Livingston’s mother came out of her bedroom and fired a pellet gun at officers. She hit one in the leg and one in the face. The officer shot in the face was ordering her to put down the pellet gun and after being hit with a pellet, shot and killed Townsend.

All of this was captured on an officer’s body camera, and the officer who shot Townsend can be heard telling Livingston to “shut up, she shot me.” Livingston was concerned for his mother and wanted to see her. She later died at that hospital. By most police policies, the unnamed officer did what he was trained to do. The question isn’t whether or not he is a murderer, if the system is guilty of training officers to shoot first quickly.

Although not heard on the tape making threats, police reports say he was going to hurt the officers for killing his mother. His bond was kept at $500,000 despite attempts to reduce it. What can be done to prevent this from happening again?

The study of police violence toward citizens has been conducted from numerous viewpoints. The police perspective, at least from one source, PoliceOne.com column titled The Warrior’s Path, suggests several interesting perspectives. The column suggested to keep physically fit and train with a baton to stay sharp in case it becomes necessary to use force. Also suggested is when to actually use force sooner. It did suggest transitioning between one technique to another like escalating, de-escalating and re-escalation of force. There are other viewpoints developed by other sources which are probably more humane and effective.

President Barack Obama instituted a study called 21st Century Policing, and after many public hearings across the country, they came up with some recommendations. These are only recommendations and not mandates. One of the recommendations is to build trust between police and the community. Part of the problem is that police departments have adopted a warrior mentality instead of a guardian sensibility. Police use to be called “Peace-Officers.” Now some departments large and small look more like para-military units and not a uniformed officer. Is it just the fault of police, does society also bear some of the burden?

Are we, as a society, part of the problem? Is our personal fears of criminals feeding the need to address crime in harsh and certain methods? Do we want swift action taken against gangs and drug dealers? There is some merit to being prepared to meet violent criminals with tough measures. Of course not everyone is a hardened criminal bent on mayhem. Some people break the laws, and the debate on what is worth entering homes with loaded guns is a subject for another editorial.

The 21st Century Policing also saw viable re-entry programs to ensure those who have paid their debt to society can learn with some assistance to become productive members of their communities. Officers becoming active in communities like reopening recreation centers and operating them have led to a steep reduction in crime as high as 20 percent and 40 percent reduction in homicides. Community type policing works and helps build trust and expectations.

In Cleveland Ohio, the high incidence of police shootings, and quite frankly, over-use of violence, led to a Department of Justice (DOJ) study that came up with several conclusions. They said excessive force violates the Fourth Amendment. The DOJ listed four areas where “structural and systemic deficiencies lead to the use of unreasonable force.” They are insufficient accountability, inadequate training, ineffective policies, and inadequate engagement, with the community.

Cleveland and its recent history of violence was studied by the DOJ which came to the conclusion the City used unnecessary and excessive use of deadly force, including shootings and head strikes with impact weapons; unnecessary, excessive and retaliatory use of less lethal force, including Tasers, chemical spray and fists; excessive force against persons who are mentally ill or in crisis; and the employment of poor and dangerous tactics that place officers in dangerous situations where avoidable force becomes inevitable.

Many incidents in Ohio and in other states happen within seconds. De-escalation tactics requires patience, and to not shout, and to avoid using yes and no questions. Let people calm down. Let them rant and remember lethal force is the last remedy, not the first.

As the Obama report urges a change in attitude and expectations, the problem is nation-wide and at this point, as little as one hour a year is given in training on de-escalation. Does society want officers to be quick tempered enforcers of the law or thoughtful peace keepers? It’s clear the warrior model is firmly in place over the guardian mentality. This problem didn’t start over night, but the shooting of Geraldine Townsend reminds us that change is a long way off.

Marvel is getting ready to open its newest movie, Black Panther, February 16, 2018, and early reviews point to a successful opening. This despite an effort to flood website “Rotten Tomatoes” with bad reviews to bring down the ratings. Under the guise of an effort supportive of rival comic company DC Comics, the group is attached to previous efforts that are racist and misogynist. The group created a Facebook page to promote the effort. Both Rotten Tomatoes and Facebook have taken measures to oppose the group’s plans. Facebook took down the site because it viewed the effort as hate speech and Rotten Tomatoes will make sure only proper reviews are submitted for judging the movie.

By the way, presold ticket sales have broken records for the movie and should be a hit. Kudos to them and responsible social media platforms which refuse to be a part of ugly campaigns to smear what sounds like a great movie.