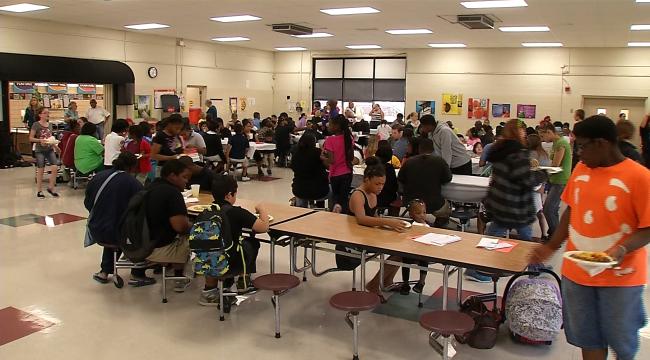 Tulsa Public Schools’ five-year experiment with McLain 7th Grade Academy could be coming to an end. The district is “strongly considering” shuttering the school and moving its students to McLain Junior and Senior High School.

“Tulsa Public Schools is seriously considering the possibility of reconfiguring McLain’s grade levels to include both 7th and 8th graders in a designated junior high school space on the McLain campus,” TPS Chief of Schools Errick Greene wrote in a letter to parents.

The announcement comes on the heels of plummeting enrollment. In 2016, the 7th Grade Academy had 181 students, according to the Oklahoma State Department of Education’s enrollment database. In 2017, the number of students shrank to 92, the most recent database shows.

Any reconfiguration would have to go to the Tulsa school board for approval. Deputy Superintendent Paula Shannon said a formal recommendation to the board could come in the next four to six weeks.

Greene, in his letter, and Shannon, in an interview with the Tulsa World, said the move was about “equity of access” for course offerings.

“The change could also … allow students to benefit from mentoring and tutoring from City Year Tulsa corps members (and) afford access to our innovative Teach to One math curriculum that has proven successful with our current McLain eighth-grade students,” Greene wrote.

Shannon said students at McLain have a limited selection of electives, and interviews with eighth-graders at McLain Junior and Senior High have led to students saying they are experiencing a “real school.”

McLain 7th Grade Academy opened in the 2013-14 school year after overcrowding at McLain Junior and Senior High in 2012-13 led to class sizes of 50 students. More than 150 more students than expected showed up that year, forcing the district to scramble and bring in teachers from other sites.

Logon to: www.tulsaworld.com for the rest of this article.