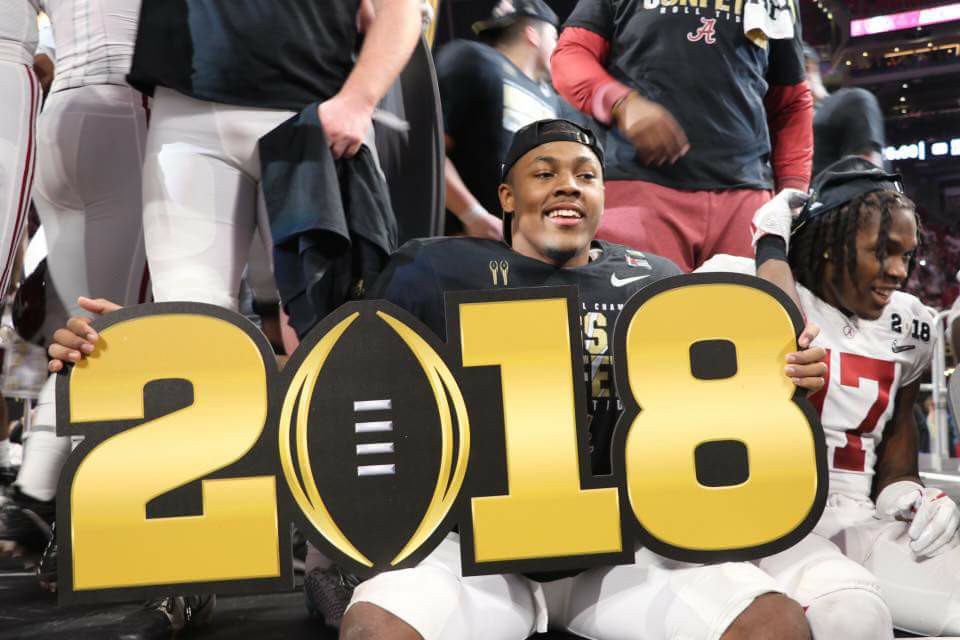 Every young student athlete dreams of one day winning it all. It’s the thing that makes you go out in the backyard and play football in the snow, it’s the driving force that makes you go outside in the rain and mud and play throw up football. It’s the dream that millions have but only a select few get to see come to pass. Joshua Jacobs has always been a dreamer, hoping one day his dream for a National title would come to pass.

Thanks to faith and good decisions Jacobs’ dream manifested in his life. His Alabama Crimson Tide football team won the Bowl Championship Series (BCS) National title last Monday (Jan. 15) night with a victory over the Georgia Bulldogs, and now Jacobs is a BCS National Champion.

The Oklahoma Eagle had a chance to ask Jacobs a few questions after last Monday’s title game. First, what was his reaction when the final horn sounded, and the Crimson Tide won the game? Jacobs stated, “It was pandemonium as I rushed the field.”

When asked “how does it feel to be a National champion” he stated: “It feels so good, almost surreal. I’m truly thankful to God to be able to play the game.”

Jacobs, who played quarterback at McLain, is now an all-purpose back for Alabama. When asked about the position transition Jacobs stated, “It was pretty easy. I played running back most of my football career, I just played quarterback my senior year at McLain.”

When asked how much student/athlete life has changed on campus since winning the title he stated, “It really hasn’t changed much, here at Alabama there is always a level of expectation to be successful and win.”

Jacobs said, “I want to thank everyone for supporting and sending prayers to me.”