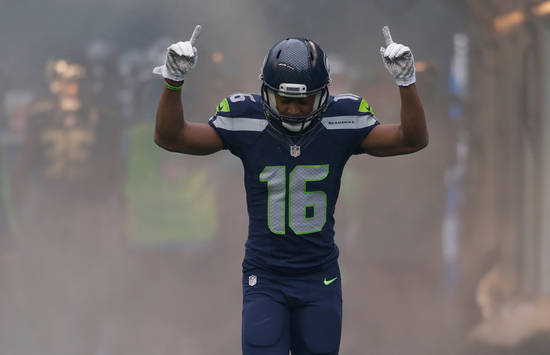 Lockett ended the season leading the NFL in kick return yards with 949 on 37 attempts, averaging 25.65yds per attempt.  He was also 4th in the NFL in All-Purpose yards with 1,799.  Lockett set a record this year with his five (5) kickoff returns for 197yds against the Atlanta Falcons for the most yards recorded since the NFL rule change on kickoff returns. The NFL changed the touchback rule last year in an effort to cut down on kickoff returns.  Lockett was named Special Team Player of the Week after the Atlanta game. In week 17 against Arizona, again Lockett recorded 156 kick return yards on four (4) returns.

In addition to his kick return heroics, Lockett also had an impactful year receiving. He had 45 receptions, for 555yds and 2 touchdowns.

Tyler will be entering his fourth (4th) season with the Seattle Seahawks in 2018.