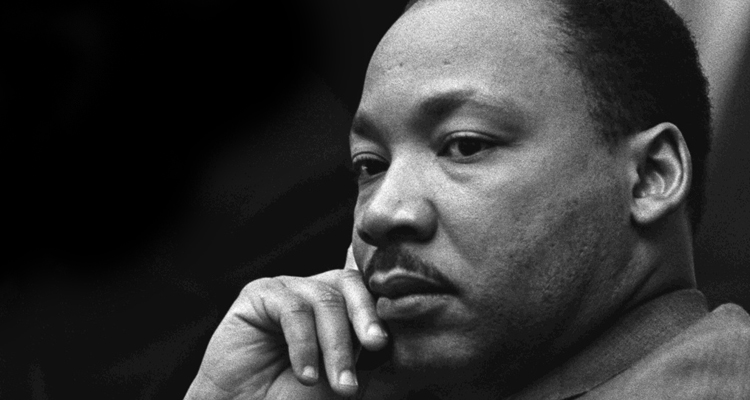 Washington, DC – Attaching their anti-Trump agenda to the upcoming national holiday commemorating the life and accomplishments of the Reverend Martin Luther King, Jr., congressional liberals plan to hijack the civil rights-era tactic of “teach-ins” to further demonize recently-passed tax reform and to promote amnesty for illegal aliens. Black activists with the Project 21 leadership network condemn this misappropriation of the King legacy, particularly since the recent economic upswing has been beneficial to black Americans.

“This is a stunning development. In the name of black America and our nation’s historic civil rights legacy, liberals want us to believe that having more money in our pockets and greater job opportunities is somehow a negative,” said Project 21 Co-Chairman Horace Cooper, a former congressional leadership aide and constitutional law professor. “But they are willing to threaten a government shutdown to protect their new favorite class – illegals. Blacks get teach-ins, illegals get citizenship.”

“I don’t understand the point of using – or, in this case, misusing – our memorial day for Reverend King to protest a tax cut allowing Americans to keep more of the money they’ve earned,” added Project 21 member Derryck Green, Ph.D., a political commentator whose doctorate is in divinity and ministry. “These teach-ins are really the liberals’ attempt to advise American taxpayers that their money doesn’t belong to them, and that it really belongs to a bigger and more intrusive government.”

On January 13, in conjunction with observances of Martin Luther King Day, and at the urging of House Minority Leader Nancy Pelosi (D-CA), congressional liberals are expected to hold teach-ins evocative of the civil rights movement to create a new line of attack on the Trump Administration’s tax reform and economic revitalization efforts as well as to promote the “Dream Act” to provide amnesty for some illegal aliens.

“The real lesson here is that progressives are so out of touch with the needs and values of black America that they forget that the most important civil right is self-determination. This is the right to come and go as you please without needing permission or handouts from the government,” Cooper noted. “Trying to use Martin Luther King’s legacy as a tool to scare black America won’t work. And being much more interested in fighting for illegal immigrants than actual black citizens is just insulting. Sorry, this bait and switch gambit won’t fly.”

Already, some workers are receiving bonuses and raises due to the enactment of the Trump Administration’s tax reform. Likewise, black unemployment reached a historic lowduring the month of December. Protesting this productive Trump agenda shows a lack of support for average Americans, Project 21 members argue. To protest using Dr. King as a rallying point is particularly disturbing.

“Why were there no teach-ins during the Obama presidency when household income and wealth were reduced by policies enacted to allegedly catalyze an economic ‘recovery’ — which ended up being the worst since World War II? Why were there no teach-ins to protest the ugly reality that this so-called ‘recovery’ left upwards of 47 million people on food stamps? Or that Obamacare robbed them of their doctors despite a promise that it wouldn’t?” asked Green. “The economy is surging these days. The unemployment rate is at 4.1 percent overall, and black unemployment is the lowest it has been in at least 45 years. The stock market is above 25,000, and the gross domestic product has been atthree percent for two consecutive quarters with predictions it might grow even more. Why do the liberals want to protest a strong economy and the government giving Americans their money back? And why do so in Reverend King’s name? It’s appalling.” h

To book an interview with Cooper, Green or another Project 21 member about this or other nonpartisan issues affecting black America, contact Judy Kent at (703) 759-7476.

Project 21, a leading voice of black conservatives for over 25 years, is sponsored by the National Center for Public Policy Research. Its members have been quoted, interviewed or published over 40,000 times since the program was created in 1992. Contributions to the National Center are tax-deductible and greatly appreciated, and may be earmarked exclusively for the use of Project 21.

Founded in 1982, the National Center for Public Policy Research is a non-partisan, free-market, independent conservative think-tank. Ninety-four percent of its support comes from some 60,000 individuals, less than four percent from foundations and less than two percent from corporations. Sign up for email updates here. Follow us on Twitter at@NationalCenter for general announcements. To be alerted to upcoming media appearances by National Center staff, follow our media appearances Twitter account at@NCPPRMedia.