By The Oklahoma Eagle News Wire

The parties agreed upon the material terms of settlement of the consolidated actions on November 14, 2017, in a conference before the Honorable Magistrate Judge Shon Erwin, United States District Court of the Western District of Oklahoma. The lawsuit alleged defendants and their agents violated the federal Fair Housing Act, 42 U.S.C. § 3601, et seq., and related Oklahoma laws by engaging in a pattern or practice of sexual harassment of female residents of residential dwellings owned and/or managed by defendants in Oklahoma City and the surrounding area. Defendants have denied all material allegations in the complaints. The parties have agreed that to avoid protracted and costly litigation, the controversy would be resolved without a trial, and have consented to entry of the consent decree. Defendants make no admission of liability or wrongdoing in connection with the allegations and claims made by plaintiffs.

The complaint further alleged since at least 2008, Pelfrey has engaged in a pattern or practice of discrimination, targeting younger, mostly poor, African American, single women and mothers with children for sexual harassment; that he targets this group of tenants, exploiting their vulnerability, to demand or extract sexual favor from them.

Monetary relief includes defendants paying the sum of eight hundred thousand dollars ($800,000.00) in full and final payment of all claims by plaintiffs for damages, attorneys’ fees and costs on a payment schedule.

Defendant Walter Ray Pelfrey, effective immediately upon entry of the decree, shall cease and desist from any contact or communication with any person occupying or seeking to occupy a rental dwelling managed or operated by any defendant, including any control or authority over any person’s tenancy, or any conduct or responsibility that may cause him to have contact with any person who occupies or seeks to occupy a rental dwelling owned, managed, operated or controlled by any defendant. The decree also includes mandatory fair housing training for all defendants and their agents, current and new employees; adopting a written policy prohibiting discrimination, including sexual harassment; displaying HUD fair housing posters in rental properties and providing HUD fair housing complaint brochures to current and new tenants.

Richard Marshall, President, MFHC Board of Directors, stated, “It is evident by what we are hearing daily in the news that violations of human rights on many fronts are finally coming to light. Those willing to stand up and say NO MORE are appreciated for their courage. For those who are still hurting in silence, we pray you find comfort.”

MFHC Executive Director Mary Daniels Dulan, stated, “On behalf of the victims and their families, we wish to thank our legal team, MFHC Cooperating Attorneys Christopher Brancart, Cynthia Rowe D’Antonio and Kwame Mumina for responding to the plight of these women; and former MFHC Staff Attorney (current OK Co. Judge) Lydia Y. Green and current MFHC Staff Attorney Ge’Andra Johnson who responded to numerous women with claims alleging demands of sex for favors and retaliation by the same housing provider. This alleged abusive behavior will continue to have a negative impact on the women and their families for the rest of their lives.”

Attorney Cynthia Rowe D’Antonio stated, “Seven very brave women stood up to Walter Ray Pelfrey, a landlord that the women reported had sexually harassed them, entered their homes without consent during the late hours of the night, and oftentimes retaliated against them when they resisted his unwanted advances. These women have proven that regardless of your race or economic position, our laws are here to protect those who cannot protect themselves. I was blessed to be a part of this great victory in upholding the rights of these strong women. I also want to thank my co-counsel Mr. Christopher Brancart and Mr. Kwame Mumina. Due to the combined efforts of the attorneys, Metro Fair Housing staff, and the Plaintiffs themselves, this victory became a reality.” 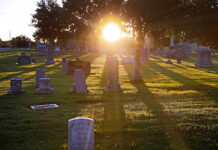 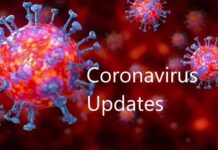