Sean “Diddy” Combs made waves earlier this week when he made a case for why he should be the next owner of the Carolina Panthers.

But two San Fransisco-area newscasters are coming under fire for comments they made regarding Combs’ video announcement that he was in the market for an NFL team.

The upsetting comments started during a Monday morning KRON-TV sports segment called “The World According to Darya” when anchor Darya Folsom doubted that the music mogul could afford the Panthers, saying, “The problem is—I checked—Diddy is only worth $800 million and the Panthers are valued at $1 billion.” 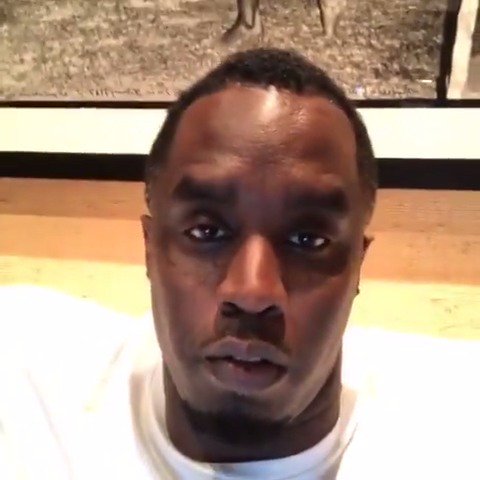 .@diddy wants to buy the Panthers & is already making guarantees if he were to become the new owner

But things took a turn when Woffard commented on Combs’ appearance, saying, “The guy looks high right there in this video. He looks like he smoked a blunt and drank a 40. Come on, I’m not taking him seriously.”

Folsom laughed throughout Woffard’s comments, adding, “I don’t even know what Diddy does right now. What does Diddy do?”

“Diddy’s drinking and smoking right now. The man was in another world,” Woffard responds.

The offensive comments quickly made the rounds on Twitter, and many found them to be not only upsetting for perpetuating racist stereotypes, but also because Woffard himself is also black:

Racism and Stereotyping is exactly why we must continue to make big moves like the one Diddy is trying to make! #Panthers#Diddy #NFL

It’s much easier to use a black face to say what white folks truly think about black men. Trust me, he said what they wanted to say. It’s just like Lavar Ball. The black men on tv are doing the work for their master when they attack him as a father.

You see a black mogul modeling his own brand and you think of smoking “blunts” and “drinking 40’s”?!

Proudly expressing stereotypes, during a live broadcast, is hardly a good idea…. #sharingIScaring

Many called for Woffard and Folsom’s firings:

– Henry Wofford should be removed from the chair until he can treat all stories fairly.

She’s ignorant. I can give her a pass. She probably doesn’t even know who Diddy is or what he’s worth,but that brother knew better. He should be fired immediately. The white media likes to see black men bring down other black men.

It would appear that both Wofford and Folsom have since deleted their Twitter accounts, but not before Wofford tweeted out: “Diddy is a businessman who has the work ethic, success & contacts to run an NFL team. My response to @DaryaKRONFolsom question was regarding if he’s serious about buying the team. She laughed at my joke. The snippet takes things out of context. Sorry for any misunderstanding.”

Hmm…#KRON reporter apologizes for his comments regarding P Diddy’s mention of buying the Panthers yesterday. THOUGHTS ?

He also lamented that fact that Folsom (who had an apology posted to the KRON website) was getting a lot of backlash for her part in all of it, saying, “The negative feedback she’s receiving is unfortunate because Darya is a very professional journalist and I would never want to see anyone blamed for something I said.”

Here’s the weak apology @DaryaKRONFolsom published this morning on the @kron4news website. I see her Twitter has “mysteriously” disappeared yet she is still employed by the station.

Wofford promised viewers he “will learn from this mistake.”

But for many, it was too little, too late:

Boy bye he knew exactly what he said lets be real he actually said it twice foh , he only saying sorry because he wanna save his job lets be honest

Nah I don’t accept the apology. You a brother, you should know better

For a second when I watched that clip I thought it was a white dude but for the fact that it was actually a black man who made those comments/remarks shows Black People might not just survive white supremacy. Can you imagine the level of hatred we have for each other? DAMN !!!

Brian Skellenger
Brian is an actor, musician, writer, babysitter, and former Olympian. One of these things is a lie. (Hint: he was never an Olympian.) His writing has been featured on The Advocate, Pride, Distractify, The Daily Buzz, Shareably, Guacamoley, and Comic Sands, among others. Based in NYC, Brian honed his skills in the suburbs of Minneapolis, where he could often be seen doing jazz squares down the halls of his middle school. After obtaining a degree in musical theatre, he graced the stages of Minneapolis and St. Paul before making the move to NYC. In his spare time, Brian can be found playing board games, hitting around a volleyball, and forcing friends to improvise with him. Twitter: @TheRealBSkell