Electronic ballots go out to the Heisman electorate. Voters have one to figure out who deserves to be named the most outstanding college football player for 2017.

There is often some confusion about the Heisman selection process. In contrast to the College Football Playoff, there is no selection committee that huddles together to come up with a winner. The Heisman Trust itself has no say in who wins the award. It merely serves as the steward for one of college football’s richest traditions.

Here’s a quick primer on how Heisman voting works:

1. Electronic ballots went out to 870 media members plus 58 former winners on Monday, November 27. They have until today Monday, December 4, at 5 p.m. ET, to return their ballots to Deloitte, the accounting firm that tabulates the votes.

2. Most of the voters are media members who cover college football on a regular basis. They are divided up into six regions of 145 members each: The Northeast, Southwest, South, Mid-Atlantic, Midwest and Far West. In addition, the 58 living Heisman winners are spread out within the various regions.

3. Voters can select three players on their ballot. A first place vote allots 3 points to the player selected, second place gets 2 points and third place gets 1 point. Any college football player at any level who is eligible to play college football as determined by the NCAA can be included on the ballot.

4. An additional vote, the vote from the fans, is tabulated via the Nissan Heisman House, making for a grand total of 929 potential ballots.

5. The Heisman finalists — a number that generally ranges from three to six players — will be announced live the evening of Dec. 4 on ESPN.

6. The winner of the Heisman Trophy will be announced on Saturday night, Dec. 9, also on ESPN.

How many voters submit their ballots before all the games are completed?

Very few. In 2016, just 15% of voters submitted ballots early. The vast majority (85%) waited until after the final games were played.

Is the Heisman Trust aware of who the winner is prior to the announcement?

No. The Heisman Trust, like everyone else, learns the identitiy of the winner when he is announced.

Is there a regional bias in the voting?

Heisman voters are dispersed across the various regions with the goal of reducing the likelihood of regional bias being a factor in the final outcome. With the advent of the information age, the internet and social media, voters are more well-informed than ever about the exploits of the various contenders.

How are Heisman voters selected?

Representatives from each of the six regions appoint state representatives, who are then given the responsibility of selecting the voters within their particular state. The amount of votes that a particular state is allotted depends on the size of the state and the amount of media outlets within that state. Larger states such as California and Texas will naturally have more votes than smaller states such as Vermont and Delaware.

Can a returning Heisman winner vote for himself?

Yes. Lamar Jackson is the latest Heisman winner to have that opportunity.

Why doesn’t the Heisman Trust wait until after the bowl game to hold the vote?

The Trust respects the integrity and tradition of the most meaningful regular season in sports. As a result, the Heisman has always been a regular season award. 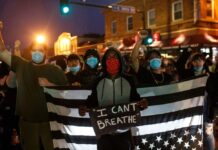