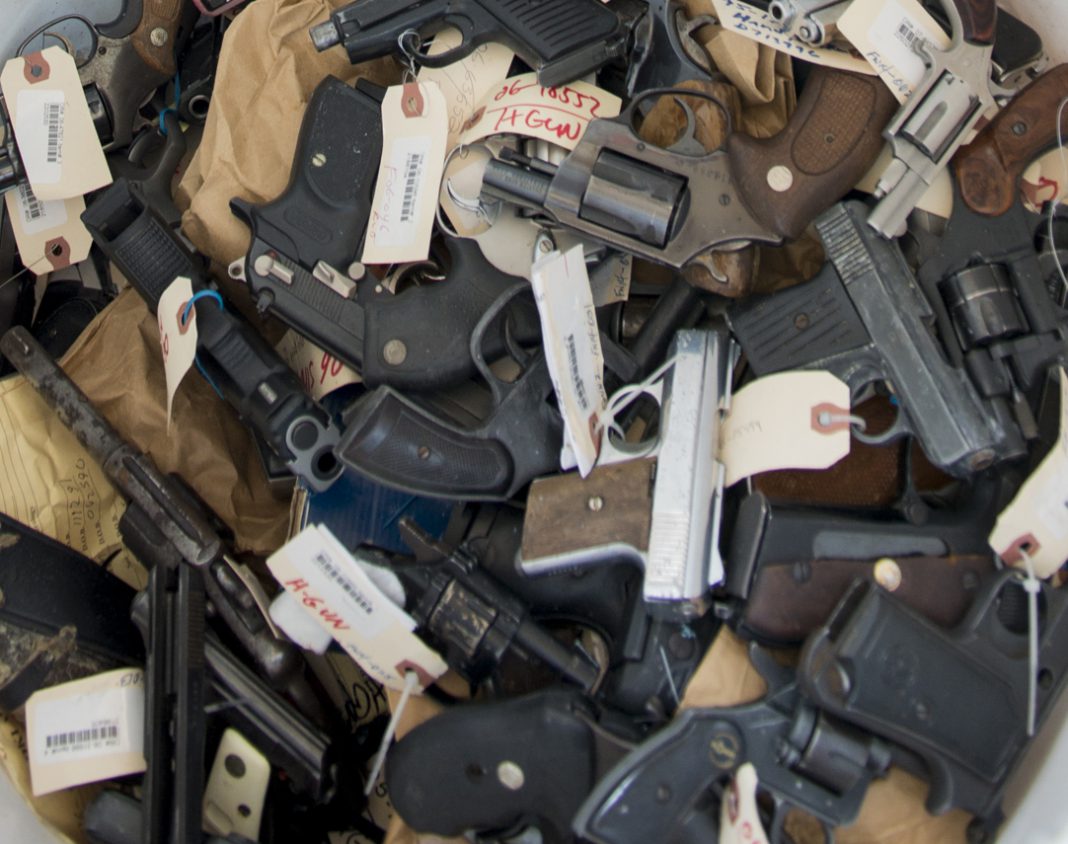 In Oklahoma, it’s been more than three decades since a gun massacre that seized the nation’s attention – 14 killed at the Edmond post office in 1986.

But massacre counts can be deceiving.

Last year, Oklahoma’s rate of homicides by firearms climbed to its highest level in at least a decade. A total of 232 people were killed by guns, for a rate of 5.9 per 100,000 population, according to Oklahoma State Department of Health data. The number and rate have risen sharply since 2014.

In total firearm deaths, including suicides, Oklahoma ranked ninth worst in the nation, with a rate of 18.0 in 2015, data from the U.S. Centers for Disease Control and Prevention shows. Texas, Nevada, Florida, Connecticut and Virginia – and most other states with the deadliest shootings going back decades – generally have significantly lower rates of firearm deaths.

Oklahoma’s death toll from guns is a steady drumbeat – four to five murders a week on average, more than one suicide a day. Many gun homicides occur in low-income neighborhoods, and a disproportionate number of the victims are black.

No single factor explains why firearm deaths are climbing. Although suicides make up two thirds of all of the deaths, homicides have been the principal driver of the recent increases. That reflects a national rise in homicide rates during the past two years, playing out mostly in large cities. Two years doesn’t make a trend, but criminal justice experts and law enforcement officials are watching.

Recently, the Tulsa World reported that the number of murders in the city through October this year is 16 percent higher than it was at the same time last year. The Oklahoman reported a 24 percent year-over-year increase through October.

Todd Wuestewald, an assistant professor of criminal justice at the University of Oklahoma and a retired police chief of Broken Arrow, attributes the state’s increase in homicides to gangs.

“I don’t identify firearms as the problem or the prevalence of firearms as much as I do the culture of gangs and gang violence.” Wuestewald said. “It’s gang-related violence and revenge killings and turf wars.”

“It’s a cultural problem, and until you address the gang culture with viable alternatives for younger people, you’re not going to get ahold of it,” he said.

Many Oklahomans and politicians are staunch opponents of more gun control, and legislators have pushed laws to allow residents to carry guns in more public places. But gun ownership isn’t necessarily higher here. A survey of 4,000 adults across the country, released in 2015 by the academic journal Injury Prevention, found that 31.2 percent of adults in Oklahoma own firearms, ranking the state 29th.

As disturbing as mass killings are, it is the silent unfolding of suicides that is the larger public health crisis, in terms of lives lost. Between 2007 and 2016, 5,888 people died from firearms in Oklahoma; 69 percent took their own lives. In hundreds of additional suicides, a method other than a gun was used.