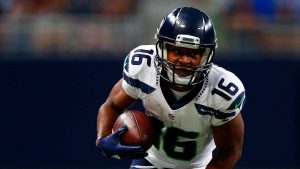 Tyler has launched his Thanksgiving Basket Program, which is expected to be an annual program. The Light It Up Foundation has partnered with six (6) community churches to identify families in need and provide them with a complete Thanksgiving Basket where they can enjoy an excellent dinner. 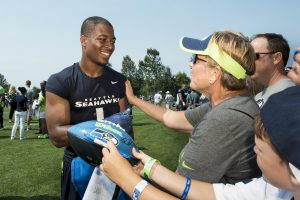 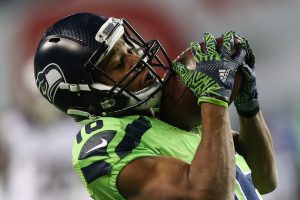 Tyler Lockett attended Carver Middle School and was a standout in basketball and football at Booker T. Washington High School. He graduated from Kansas State University and was recognized as an Academic and Athletic All-American. Tyler was a Consensus All-American in football at Kansas State. 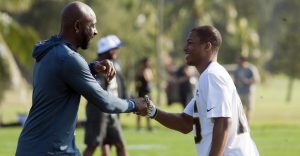 Tyler was drafted in the National Football League #69 overall by the Seattle Seahawks in the 2015 draft. Lockett is in his third season with the Seahawks. He is a two-time All-Pro and 2015 Pro Bowler as a returner. He is presently a starting wide receiver and returner for the Seahawks. In his two and one-half years, Tyler has amassed 121 receptions for 1632 yards and seven (7) touchdowns. He also has 2,557 yards on kick returns and 779 yards on punt returns. He has accumulated 4, 367 All Purpose yards and is on pace to smash the 5,000-yard mark in just three (3) season, a feat not many players have accomplished. 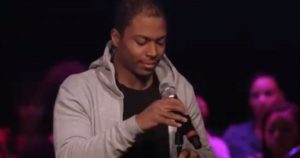 Tyler states, “I only wish I could be there, but we have a Super Bowl to win. I would like to wish all of the families a Happy Thanksgiving and God bless all of you. I only hope that I will be able to return in December to participate in my first annual Tyler Lockett Christmas Party for kids.” 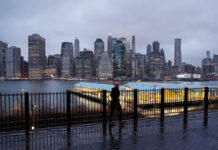