Oklahoma vs. Oklahoma State isn’t the veritable Big 12 title game this time around, but it’s still as big as ever.

In last year’s de-facto Big 12 title game in Norman, Oklahoma State dominated the field-position battle and got a happy turnovers bounce or two. The Cowboys were tied with Oklahoma at halftime, but their total lack of passing-downs success caught up with them.

OU scored to start the second half, forced a three-and-out, and scored again. OSU kicked a field goal but missed a second, and with about 10 minutes left, Joe Mixon’s 79-yard touchdown run put the game away. OSU put itself in position to steal an upset but couldn’t take advantage of opportunities or create enough big plays. And as has been the case for the vast majority of this series, OU won by double digits, 38-20.

Bedlam’s a little higher on the calendar this time. OU will visit OSU on Saturday, and while the game isn’t a de-facto conference championship this time, it is an elimination game. The loser will see its national title hopes all but finished off and will have to get behind TCU, the Bedlam winner, and maybe Iowa State in the race to reach the re-inaugural Big 12 title game in Jerry World.

It’s pretty easy to figure out three key stats that will determine your Bedlam survivor. 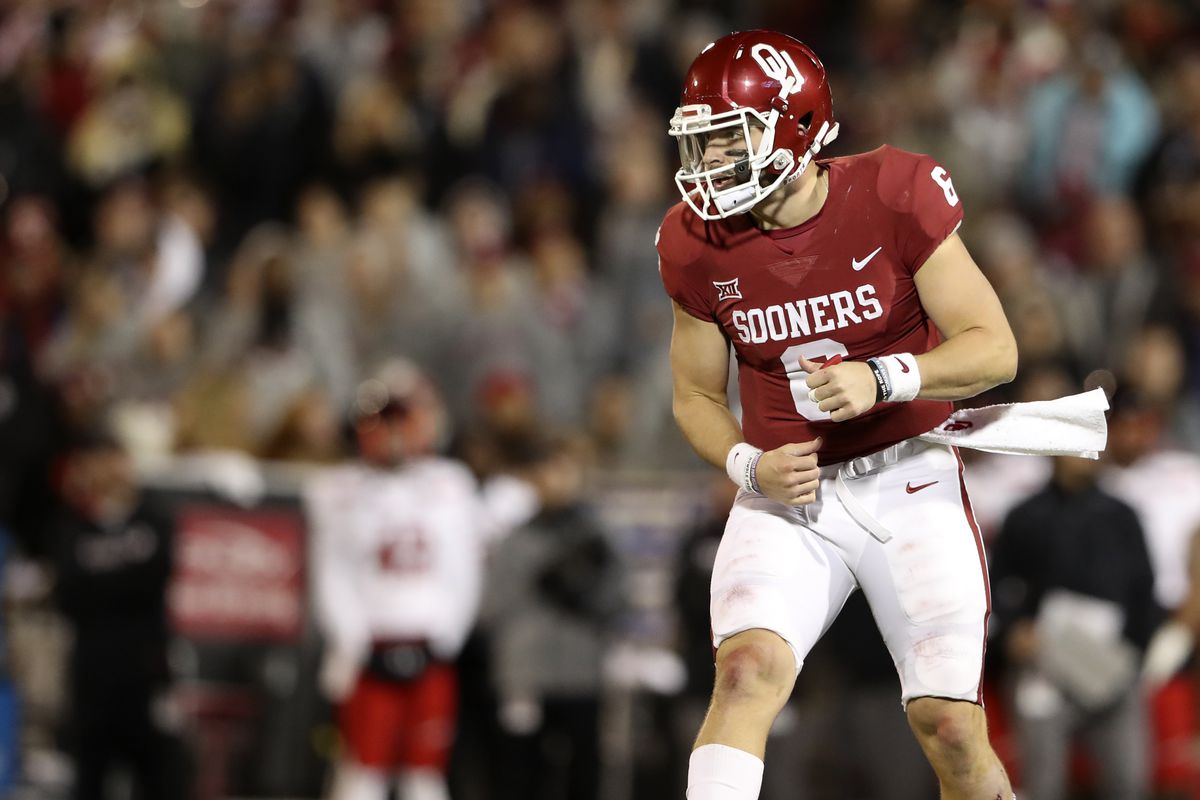 See if you can spot the outlier.

With a state-of-the-art, RPO-heavy offense and the best deep-pitch-and-catch combo in the country (Mason Rudolph to James Washington), Oklahoma State is basically averaging one huge gash per quarter. Mike Stoops’ OU defense is allowing more than a couple per game.

The Sooner defense alternates between being a spread killer and an identity-free mishmash, seemingly from quarter to quarter.

Injury-wise, Oklahoma State’s offensive line appears to be in the best shape it’s been since mid-September and might not be the liability it was in the loss to TCU and the near-loss to Texas. And if both the “run” and “pass” portions of the RPO establish themselves, the big plays will flow.

Statistical marker: If OSU a) has at least three gains of 30-plus yards and b) finishes with more of them than OU does, the Cowboys have to like their chances.

Mike Gundy, Oklahoma State and the embrace of ‘basketball on grass’

The OSU run game is merely good, not great, and occasionally the Pokes fall behind schedule.

Oklahoma State still has one of the best passing-downs (second-and-8 or more and third/fourth-and-5 or more) offenses in the country. The Cowboys are second in passing-downs success rate (46 percent) and second in the opponent-adjusted Passing Downs S&P+.

OU’s defense ranks just 83rd in the same category. The Sooner pass rush, led by Ogbonnia Okoronkwo, gets home pretty often. When it doesn’t, though, bad things tend to happen to the Sooners.

Both of these units run hot and cold. And when OSU loses, it’s likely because the Pokes generated almost nothing after falling behind schedule. They had just a 24 percent passing-downs success rate in the loss to TCU, and last year, in losses to Oklahoma and Central Michigan (yes, the CMU game did officially count as a loss), it was 15 percent and 23 percent, respectively.

Statistical marker: If OSU has at least a 38 percent passing-downs success rate, the Pokes are in good shape.

It might be doubly important against Oklahoma because when you give the ball to the Sooners, you have no idea when you’re going to get it back.

3. Ball control, thy name is Oklahoma

For all of Baker Mayfield’s strengths, OU’s success has been due in part to ball control. It has played a role in the Sooners winning seven of their last eight one-possession games.

This comes from having timely execution and being really good at a lot of things.

For the former, note the Sooners aren’t running some high-speed attack. Despite their reputation, they are just 87th in Adjusted Pace. They were 54th last year and 40th the year before. They’re slowing down, but they haven’t been truly mach-speed anyway.

There’s reason to question this, honestly. When you have the No. 1 offense in the country, per Off. S&P+, adding some pace means having more opportunities to maximize your advantages. And you could make the case that a laid-back tempo hurt the Sooners against Iowa State. It meant the Cyclones didn’t have to do as much work after falling behind 14-0. (It also meant the Sooners had trouble dialing in the urgency when they were suddenly behind.)

Still, it can be devastating at times. If OSU is struggling on passing downs and isn’t generating a couple of easy scores with big plays, the Cowboy defense could find itself wearing down under this balanced attack.

Mayfield is relentlessly efficient — 73 percent completion rate, 23 touchdowns to three picks, a 195.6 passer rating (best among power conference QBs) — but OU can run when it needs to. OU’s top four backs have combined to average 187 rushing yards per game at 6.9 yards per carry and have gained at least five yards on 51 percent of their carries (the national average is 39 percent).

Statistical marker: If OU hits 45 percent or better in rushing success rate, it’s going to be really hard for the Cowboys to get the ball back.

This is the best defense OSU has had in quite a while. That might not even matter against this OU offense.

If the Sooners hadn’t briefly fallen asleep against Iowa State, they would be first or second in the CFP rankings right now.

Mike Gundy’s Cowboys are slight Vegas favorites at home, and S&P+ picks them with a five-point edge.

But while the Cowboys have undoubtedly seen their fortunes in this rivalry take a positive turn since he returned to Stillwater in 2001 to serve as offensive coordinator (before taking over as head coach in 2005), OSU is still just 4-12 in that span.