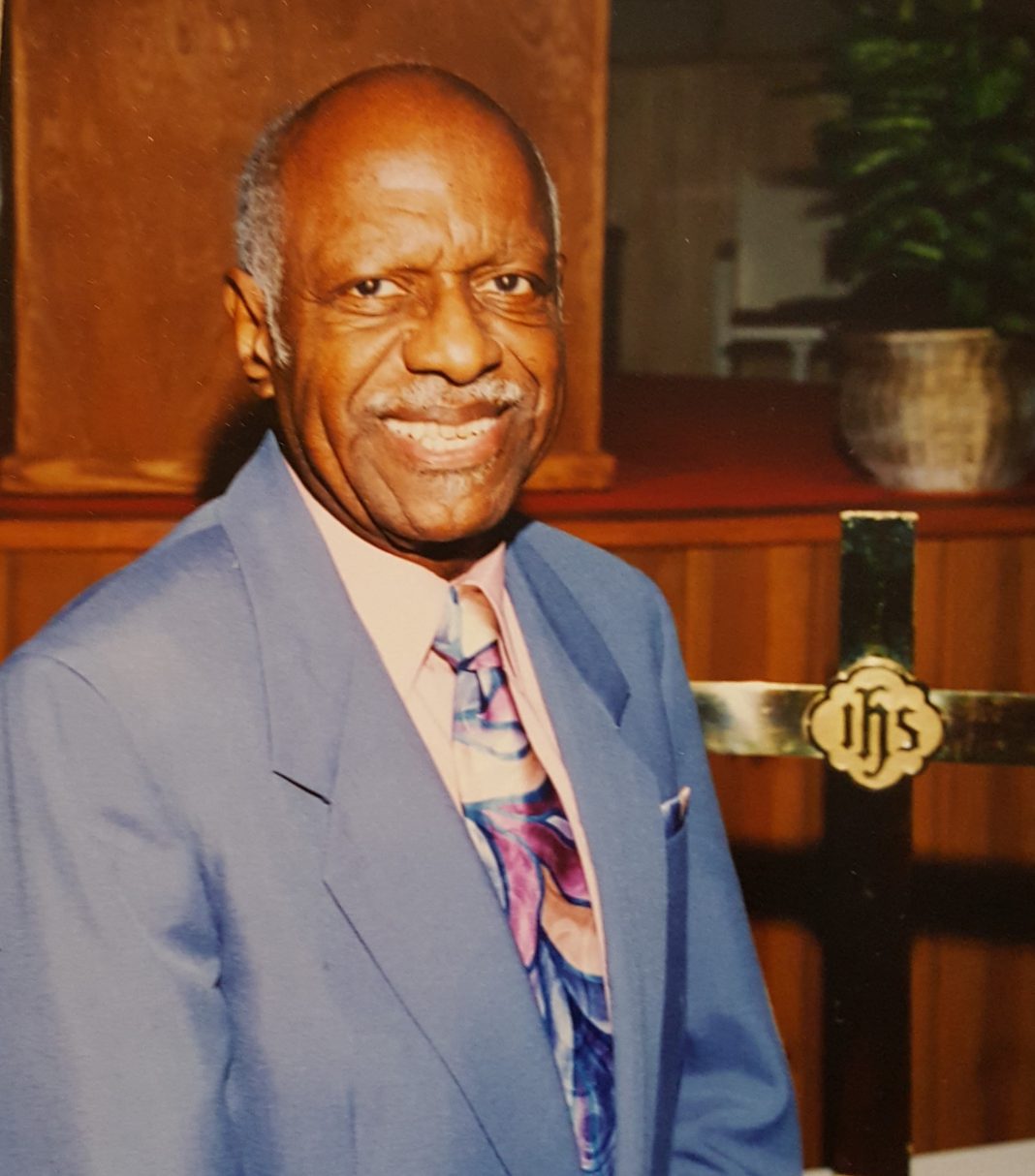 Celebrating a life of service and unparalleled spiritual leadership in our community, Dr. Rev. Andrew D. Phillips will be honored in a 100-year birthday celebration on Saturday, November 18, 2017 at First Baptist North Tulsa at 2:00 pm.  His actual birthdate is November 28.  Due to the holiday season, the celebration will be on November 18.  Dr. Phillips has pastored churches in Oklahoma for over sixty-one years with more that forty-eight years as pastor of the Greater Mt. Rose Baptist Church of Tulsa, Oklahoma.

Dr. Phillips was born in Morris County Texas, where he attended elementary and high school.  Under the guidance of Christian parents, he joined the First Baptist Church of Omaha, Texas in which his knowledge and love for God grew to a proportion that made him outstandingly active in the church as a youth.

He studied at Bishop College in Marsha, Texas where he received the Bachelor of Arts and the Master of Education degrees.  Dr. Phillips completed his seminary work at Perkins School of Theology of Dallas, Texas.  He served two and a half years as an instructor at an adult education program and as principal of the Emmitt Schott High School.

He answered the “call of the color” in World War II and served his country for three and one-half years.  In 1946, he gave heed to a greater and more urgent “call,” which was from God.  He entered the gospel ministry and has been a proclaimer of the “Good News” ever since.

He is an affable and genuine friend of humanity, especially the poor and disenfranchised.  His gentleness has made him a competent representative and competitor for involvement in the struggle against oppression, injustice, and inequity; perpetuated to the powers that be.  Dr. Phillips has served in the following capacities:  moderator for twenty-five years of the Northwest Creek District Association; President of the Coordinating Council of North Tulsa; President of the Greater Tulsa Interdenominational Ministerial Alliance; Community counselor at Booker T. Washington High School, Tulsa School for Science & Technology (McLain High School), Gilcrease Middle School –all of Tulsa.  Dr. Phillips gave leadership to the idea and formation of Carver Freedom School when Carver Junior High was closed in the 1960’s.   He also spearheaded the movement to voluntarily integrate Booker T. Washington High School of Tulsa,

Dr. Phillips was an outspoken activist for civil rights and equality; his concern and dedication for the well-being of people provided the tempest to serve as president of the Martin Luther King Commemoration Society for over 32 years.  He participated in many City marches through sections of Tulsa north to rally forces against hate, gang violence, drugs and apathy.  His list of past organizations and accomplishments are exhaustive.

He is married to Bernice King and has four children: Diane, David and Danny; Andy Jr. preceded him in death.