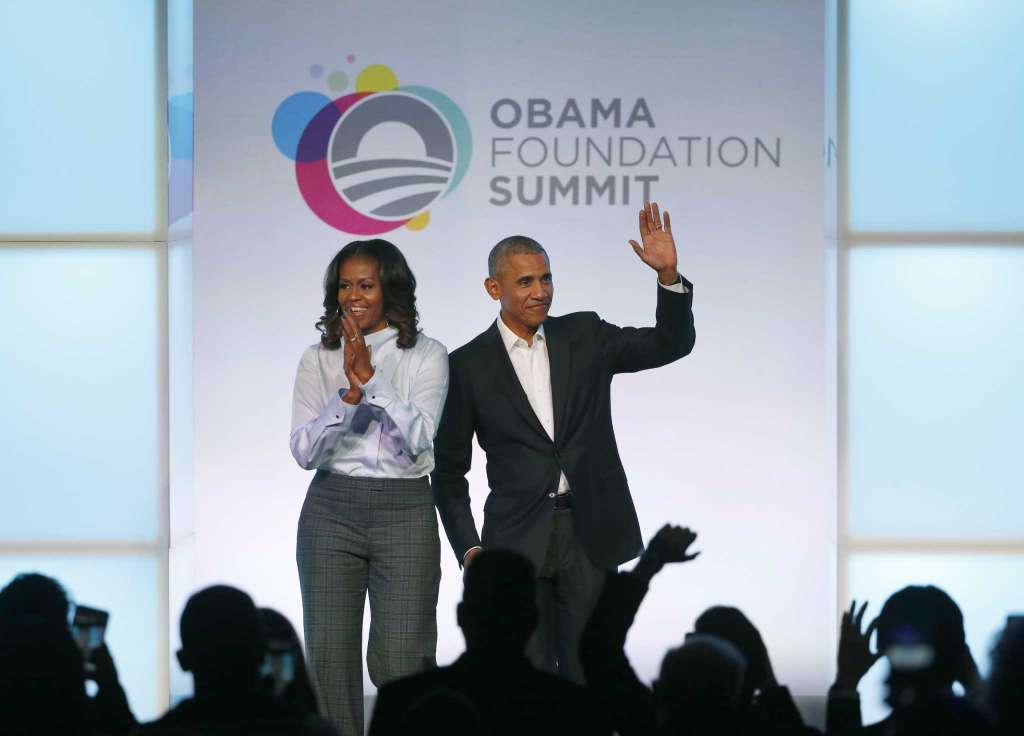 CHICAGO — The 44th president can still draw an A-list crowd.

The summit is the first major programming hosted by the Obama Foundation, which is in the midst of raising money for the future Obama Presidential Center on Chicago’s South Side that is expected to cost roughly $500 million to build.

Obama said he saw the summit as a “big brainstorming session” or “big hackathon” as he tries to mold his presidential center into something that will be more than a repository for his papers form his White House years.

“Our goal is not to present some fixed theory of how change happens,” Obama told participants at the opening of the summit. “Our goal is not … to pump you with a whole bunch of power point, data and a blueprint for how you are going to go back and do the stuff you’re already doing even better. Because, in many ways, we want to learn from you as much as we want to share what we’ve learned.”

Obama, who unveiled the conceptual design of his presidential center earlier this year, has said he wants to build something more ambitious than a museum or archive. He envisions the complex becoming a hub for filmmakers, musicians, writers, activists and politicians to help train the next generation of leaders.

Prior to opening the summit Tuesday, Michelle Obama took Prince Harry to meet with about 20 students at Hyde Park Academy, a Chicago public school.

In his remarks, the former president steered clear of speaking of President Trump or the ongoing probe into Russia’s influence on the 2016 election.

“Our goal here is not to create a political movement,” he said. “Some of you maybe aspiring to be politicians and I believe firmly in politics. But I also believe that the moment we’re in right now, politics is the tail and not the dog. What we need to do is think about our civic culture.”

Obama, who has run his last campaign, also set one rule for participants for the summit: No selfies with him or the former first lady.

“It may seem trivial, but it’s not,” Obama said of his aversion to selfies. “I say this because … one of the weird things about becoming president is I found that people were no longer looking me in the eye and shaking my hand.”