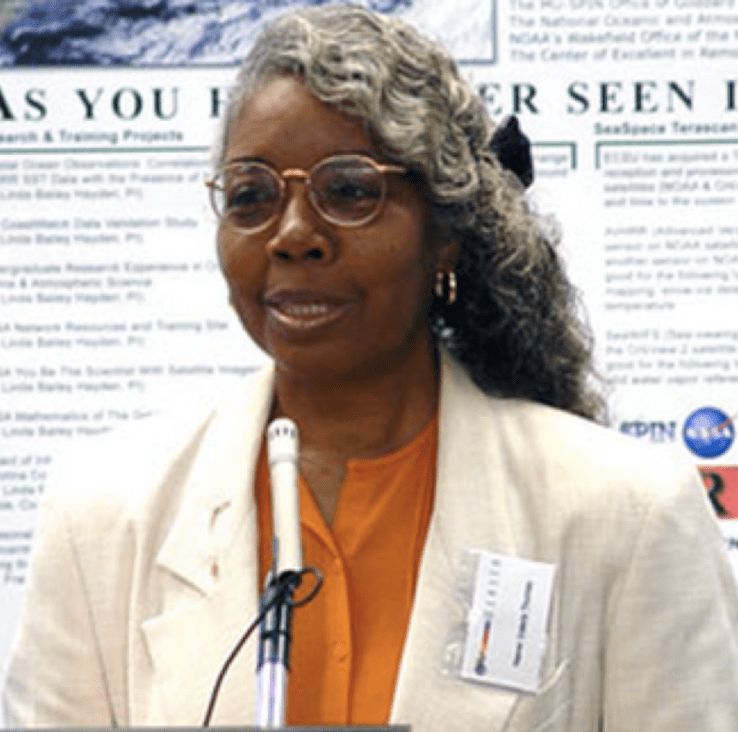 In early 2017, the truth about Blacks in space travel was uncovered in the film, Hidden Figures, where it exposed the truth that Black Women had been instrumental in calculating the trajectory needed to put the first man on the moon. The movie highlighted three women, but as more history comes out, there were more women who were instrumental in NASA’s growth and dominance in space travel. One of those women is Valerie Thomas.

Thomas was interested in science as a child, after observing her father tinkering with the television and seeing the mechanical parts inside the TV. At the age of eight, she read The Boys First Book on Electronics, which sparked her interest in a career in science. Her father would not help her with the projects in the book, despite his own interest in electronics. At the all-girls school she attended, she was not encouraged to pursue science and math courses, though she did manage to take a physics course. Thomas would go on to attend Morgan State University, where she was one of two women majoring in physics. Thomas excelled in her math and science courses at Morgan State University and went on to work for NASA after graduation.

In 1964, Thomas began working for NASA as a data analyst. She developed real-time computer data systems to support satellite operations control centers (1964-1970) and oversaw the creation of the Landsat program (1970-1981), becoming an international expert in Landsat data products. In 1974 Valerie headed a team of approximately 50 people for the Large Area Crop Inventory Experiment (LACIE), a joint effort with NASA’s Johnson Space Center, the National Oceanic and Atmospheric Administration (NOAA), and the U.S. Department of Agriculture.

LACIE demonstrated the feasibility of using space technology to automate the process of predicting wheat yield on a worldwide basis. In 1976, she attended an exhibition that included an illusion of a light bulb that was lit, even though it had been removed from its socket. The illusion, which involved another light bulb and concave mirrors, inspired Thomas.

Curious about how light and concave mirrors could be used in her work at NASA, she began her research in 1977. This involved creating an experiment in which she observed how the position of a concave mirror would affect the real object that it reflected. Using this technology, she would invent the illusion transmitter. On October 21, 1980, she obtained the patent for the illusion transmitter, a device that NASA continues to use today.

The device is used to send images from space to earth. The device produces optical illusion images via two concave mirrors. Unlike flat mirrors, which produce images that appear to be inside, or behind the mirror, concave mirrors create images that appear to be real, or in front of the mirror itself. This technology was has since been adapted for use in surgery as well as the production of television and video screens.

8 Signs Of Identity Theft & How To Protect Your Credit