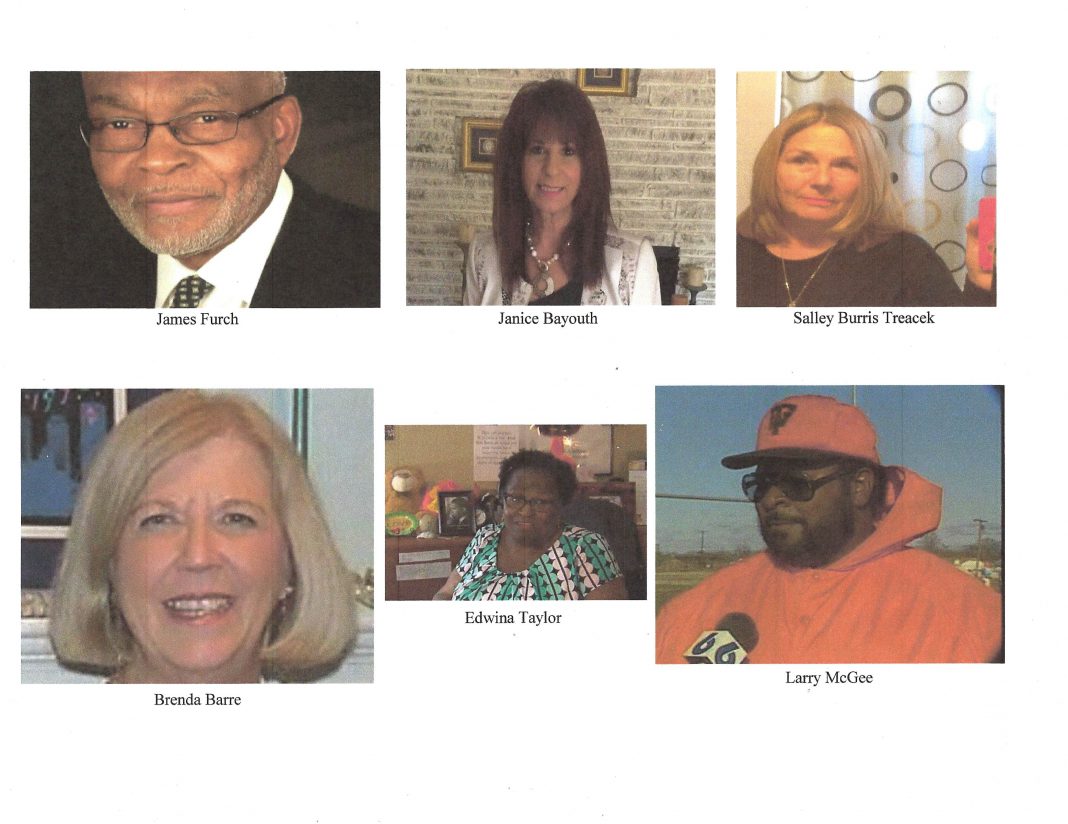 Booker T. Washington’s (BTW) Homecoming 2017 will be held September 28th and 29th. Hornet alumni and alumna will convene on the BTW campus for 48 hours of tradition filled celebration. The BTW National Alumni Association will honor five of its former administrators, faculty and staff during this weekend of class reunions and festivities.

James Furch started out at BTW as a physical education (P.E.) teacher and athletics coach in 1974, just one year after the previously all-black high school was voluntarily desegregated and turned into a comprehensive magnet school. Furch quickly worked his way up to counselor and dean of students, then assistant principal. And 13 years after his arrival, he was named principal. Furch later retired, but retuned to BTW in 2014 to serve as principle again, he has since retired, but can always be found around BTW in an advisory role to all.

Janice Bayouth entered the halls of BTW in the early 1970s as the vocal music teacher. She developed a program unlike any other high school.  The students were taught to sing a variety of music, dressed in the latest styles and had extraordinary choreography.  Her choirs won numerous contest awards in the four-state area. Many of the students mastered their vocal skills that propelled them into various careers, such as Demarco Morgan, CBS Anchor; Allan Heinberg, the writer of “Wonder Woman”; The Horgen Family; and the Ross Family.

In 2001, Ms. Bayouth became the Assistant Principal at BTW. In 2005, she left to become the Principal of Charles Page High School in Sand Springs, Okla.  Two years later, Ms. Bayouth returned to Tulsa Public Schools (TPS) as the Director of Magnet Schools.  She retired in 2013, but still conducts her community choir, “The Voices of Unity.”

Larry McGee being honored posthumously, arrived at BTW as an Assistant Football Coach, under the direction of legendary Hornet Coach Ed Lacy. In 1981, Coach McGee proceeded to create his own legacy as a teacher, football and track coach, and athletic director.

After the 1989 football season, Coach McGee decided to retire from coaching, but remained at BTW as a teacher and administrator (Athletic Director) until his retirement from TPS. Under his direction, many young men and women found the strength needed to succeed. Much love and respect was shown to Coach McGee through his days at BTW, and in his final days and continues to be reflected.

Edwina Taylor recently retired after 36 years of service to BTW. Ms. Taylor was the attendance clerk that touched the hearts of thousands of students that attended BTW during her time at the school. Ms. Taylor says she has been a mother, a friend and a bank teller to many over the years at BTW. Ms. Taylor said she has heard some of the funniest stories over the years for students being tardy but was loving, patient and understanding during them all. Ms. Taylor is also a graduate from BTW herself, in 1969.

Sally Burris Treacek was a teacher at BTW from 1970 to 1994 where she taught French, Spanish and English as a second language. She sponsored the Foreign Language Club, French Club, National Honor Society, and was class sponsor for the classes of 1979 and 1994. While at BTW she created the Brotherhood Week and the Foreign Language Week Celebrations. She also was a part of the IMPACT program which changed the TPS policy for drug and alcohol use and was on the TPS Diversity Team during the integration of schools. In 1993, she was awarded the Tulsa Education Fund Award for the cross-generation program when her students taught French to a kindergarten class at Anderson Elementary.

Brenda Barre spent 30 years at BTW.  During her tenure at BTW Ms. Barre was Chair of the Social Studies Department as well as Student Council Sponsor. Her staff also developed numerous courses for the social studies curriculum. Included in the course of study are the Advances Placement Courses and the International Baccalaureate. As a mentoring teacher, she provided guidance and insight into how to relate to a variety of students both academically and socially. After retirement, she devoted her time to selling real estate as owner/broker of Tulsa Realty and community service.

BTW Homecoming 2017 festivities are as follows: