Lebron James referred to President Trump as a “bum” in a tweet on Saturday, and the NBA superstar wasn’t about to back down while speaking to reporters two days later.

“The people run this country, not one individual — and damn sure not him,” James said of Trump during the Cleveland Cavaliers’ media day on Monday. “As I have this platform and I have a way to inspire … I will lend my voice, I will lend my passion and my money, I will lend my resources to my youth and my inner city and outside of my inner city to let these kids know that there is hope, there’s greater walks of life, and not one individual, no matter if it’s the president of the United States or if it’s someone in your household, can stop your dreams from becoming reality.” 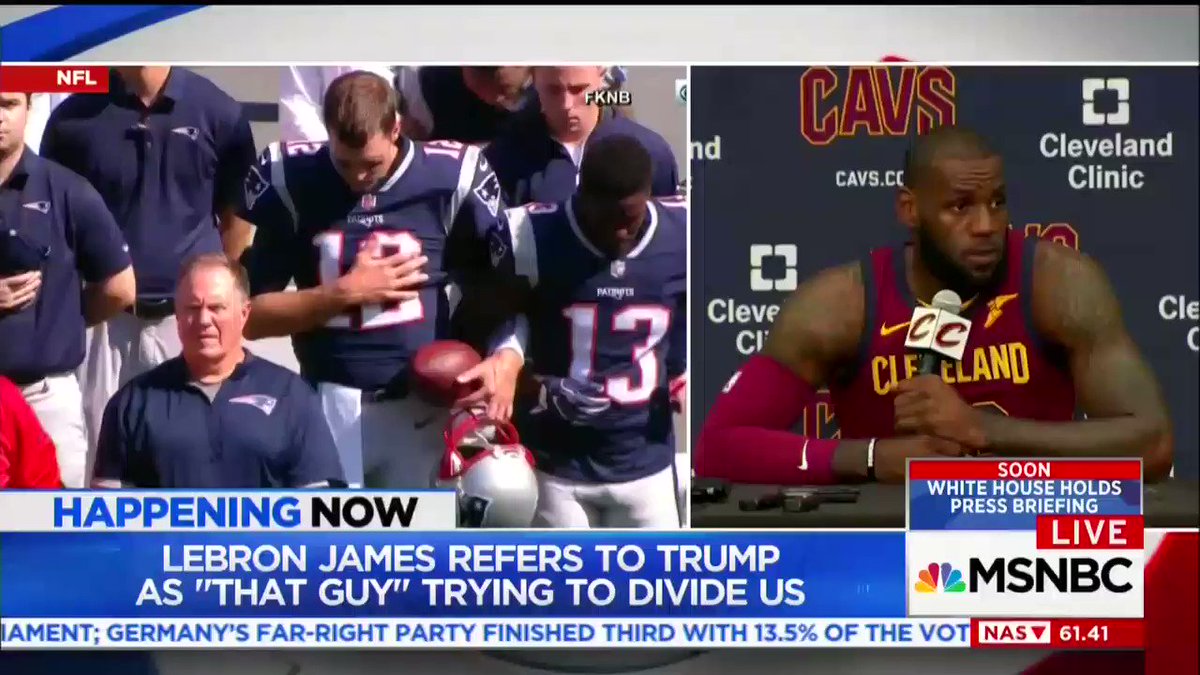 LeBron James on Trump: “The people run this country, not one individual. And damn sure not him.”

On Friday, Golden State star Stephen Curry said he didn’t want to go to the White House to celebrate the Warriors’ NBA title, as is customary with most championship teams. Trump tweeted the next day that the “invitation is withdrawn!”

James tweeted his reaction to the president’s words later that day:

U bum @StephenCurry30 already said he ain’t going! So therefore ain’t no invite. Going to White House was a great honor until you showed up!

Also this weekend, Trump commented that NFL owners should fire players who do not stand for the national anthem. Players around the league responded Sunday with various demonstrations and displays of unity.

James reflected on the president in light of the weekend’s events while speaking on Monday.

“We are at a time when the most powerful position in the world has the opportunity to bring us close together as a people and inspire youth and put youth at ease by saying it’s OK for me to walk down the street and not be judged by the color of my skin or because of my race. … And he doesn’t even care.” 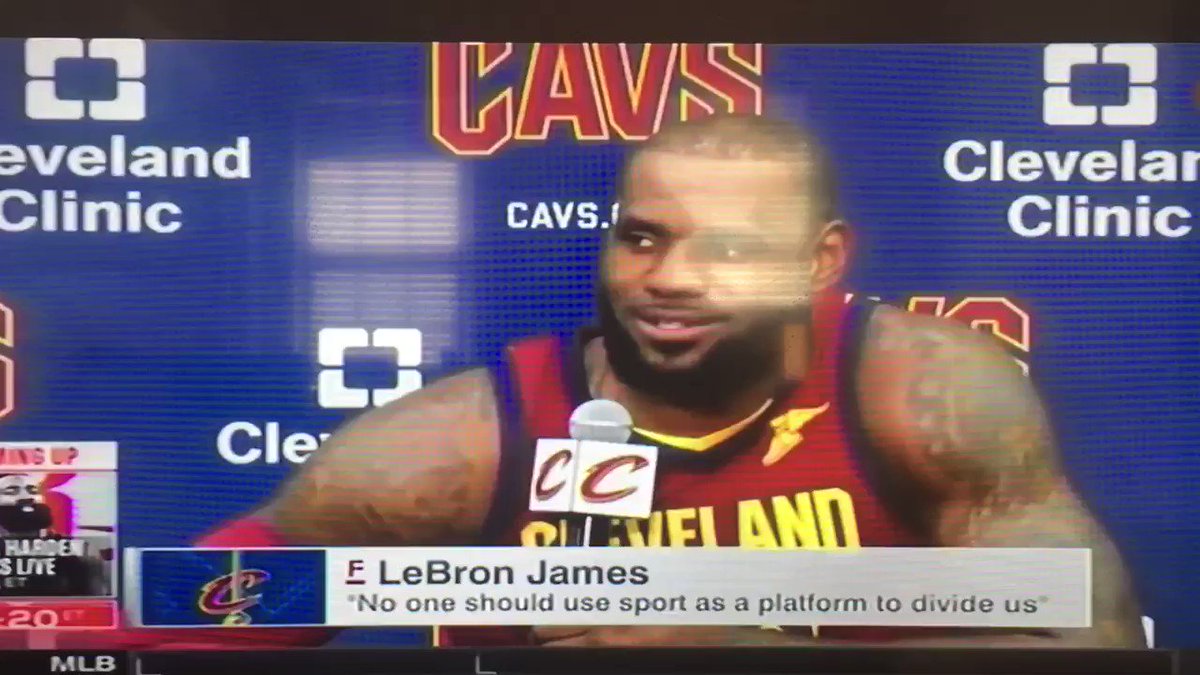