From voters like Diamond and Silk who became celebs in their own right, after citing what they believed to be Donald Trump’s ability to “bring back opportunities” as the reason for their undying support, to stars in music, sports, even politics, Trump has had a shockingly surprising list of celebrity supporters. Though following a series of controversies including his build the wall campaign, Muslim ban and most recent attempts to egg on a nuclear war with North Korea, it appears that many of his Black backers have gone into hiding — or at least watched from the sidelines. For five Black Trump supporters who’ve been very hush, hush since endorsing Trump, hit the flip. 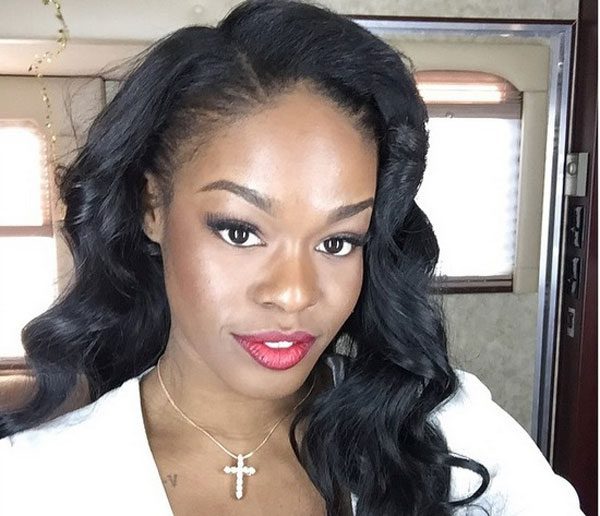 However, short after his election, the rapper appeared to withdraw her endorsement. “I made a major mistake endorsing toupey-toupee. Womens rights are important and we must protect them. I tried … I reached … I even carried … I take it all back,” she wrote on Facebook.

Dennis Rodman – Prior to his election, the retired NBA baller endorsed Trump via Twitter, writing, “@realDonaldTrump has been a great friend for many years. We don’t need another politician, we need a businessman like Mr. Trump! Trump 2016.” As you may recall, Rodman and Trump go way back — to season two of “The Celebrity Apprentice.”

We wonder how he feels now that Trump has basically ignored his offer to lend a helping hand in the White House? Omarosa Manigault – Although the “Celebrity Apprentice” alum previously gushed about her invitation to join Trump in the White House. She’s been pretty mum about the chaos-ridden Oval Office.

“I was literally just standing next to him on the stage and just bawling. I don’t remember a word he said. We were live on air. I just remember Mr. Trump saying to me, ‘Are you ready? Are you ready to come with me to Washington?!’ I was so proud of him,” Manigault, who was assigned to be Trump’s Director of African-American Outreach previously said.

“I got to see him before he left the war room. We all met in the freight elevator of the hotel. He was so not focused on himself. He got all his family business sorted. He addressed his supporters. He was still in Trump mode! Just a businessman in the private sector, rattling off a list of things that needed to get done that night.” Mike Tyson – The legendary fighter once revealed during a sit down with HuffPost Live his endorsement for Trump. “He should be president of the United States.”

Fast-forward to April 2017 and it appeared as though Tyson’s support was solely based on a presidential pardon. During an appearance alongside Gov. Chris Christie at the NJ Reentry Corporation Conference at St. Peter’s University in Jersey City, Tyson asked Christie to give Trump a call about the pardon he was allegedly promised.

“Man, governor, I wish you could talk to Donald Trump, ’cause I haven’t talked to him in many years,” he said. “Tell him he said he was going to give me my pardon so I am waiting for my pardon. He said it out of his mouth so I’m waiting.” Although, it’s important to note that Tyson’s rep later denied the boxer used the word “pardon” but said “partner.” Terrell Owens – The former NFL wide receiver and “Celebrity Apprentice” alum told TMZ Sports in June 2016, “This may be what the country needs and Trump … he’s a guy who won’t put up with BS and has what it takes to change how [the] government is run.” Still, much like the other Trump backers on our list, we haven’t heard much from T.O. since his bold statement.