Parents are indicating their displeasure with the Boy Scouts of America after President Donald Trump gave a campaign-style speech to a group of young scouts on Monday, despite promising he wouldn’t speak about politics early on in the speech.

Trump, speaking in Glen Jean, West Virginia, began his remarks with a pledge that he wouldn’t talk about the current climate in Washington, D.C., commenting, “Who the hell wants to speak about politics when I’m in front of the Boy Scouts?”

However, he quickly veered from his prepared remarks and proceeded to hit many of his favorite rallying points to press his own agenda. The president railed against former presidential rival Hillary Clinton, drawing ebullient boos from onlookers, and spent time speaking about ongoing efforts to repeal Obamacare. He even joked that he would fireHealth and Human Services Secretary Tom Price if the repeal effort failed.

The Boy Scouts of America released a statement late Monday to a reporter who asked about its political stance, saying the organization was “wholly non-partisan and does not promote any one position, product, service, political candidate or philosophy.”

“The sitting president serves as the BSA’s honorary president,” the statement, obtained by BuzzFeed’s Michelle B. Van Dyke, read. “It is our long-standing custom to invite the U.S. president to the National Jamboree.”

That explanation, however, didn’t seem to appease many former Boy Scouts, Scout leaders and Eagle Scouts who watched Trump’s remarks:

As Scouts, we were taught never to make our service about politics. Scouts are not supposed to appear in uniform at political events.

As an Eagle Scout – and an American – really saddened by @POTUS words at @boyscouts jamboree. Those kids deserved far better.

I’m an Eagle Scout. Trump using the 30,000 BoyScouts as his props tonight was a scene out of Triumph of the Will. Shocking abuse of children

This is when I remind everyone that I am an Eagle Scout. I am mortified by this whole embarrassing spectacle. I hope BSA is too.

As a former scout leader and father of an Eagle Scout, I’m deeply ashamed of the @boyscouts‘ part in this embarrassment. https://twitter.com/MuslimIQ/status/889640496796246016 … 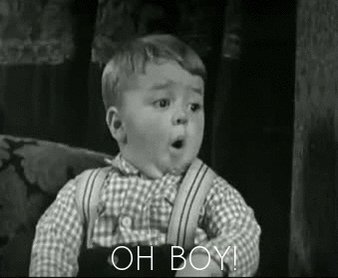 Sorry folks, I’m 5th Generation Eagle Scout – this crap doesn’t sit well with me at all. The man is an affront to all the Scouts taught me

I’m an Eagle Scout. An ashamed one.

I was a Boy Scout as a kid, but if the @boyscouts do not publically condemn Trump’s disgusting display, they are dead to me!

As a former boy scout, I’m incredibly disappointed in @boyscouts for this. Their former stance on gay leaders & members was bad enough. https://twitter.com/wpjenna/status/889621058176917504 …

I’m an Eagle Scout. @realDonaldTrump personifies everything scouting taught me to avoid. Politicizing the Scout #jamboree2017 is sick, wrong https://twitter.com/wpjenna/status/889618128111534080 …