Jerrell Freeman was grabbing some BBQ in the Austin airport when he noticed another patron at the restaurant jump out of his chair “like he had forgotten something.” The man, Marcus Ryan, was choking on a brisket taco and clearly in distress.

A woman attempted the Heimlich maneuver on him, but with no success. Fortunately for Ryan, Freeman, a Bears linebacker, wasn’t about to hold back. Speaking to the Chicago Tribune, he said, “I grabbed him and tried to squeeze the life out of him. You’ve got to push in and up. So I did that and he started throwing up what he was choking on. I asked him if he was all right, and he shook his head like ‘No!’”

I can’t imagine many people would be “all right” after getting squeezed by this dude.

Ryan spit up the food and emerged from the incident a little rattled, but without injury.

He must not have been TOO rattled, though, because he managed to pose for this pic with Freeman immediately after. 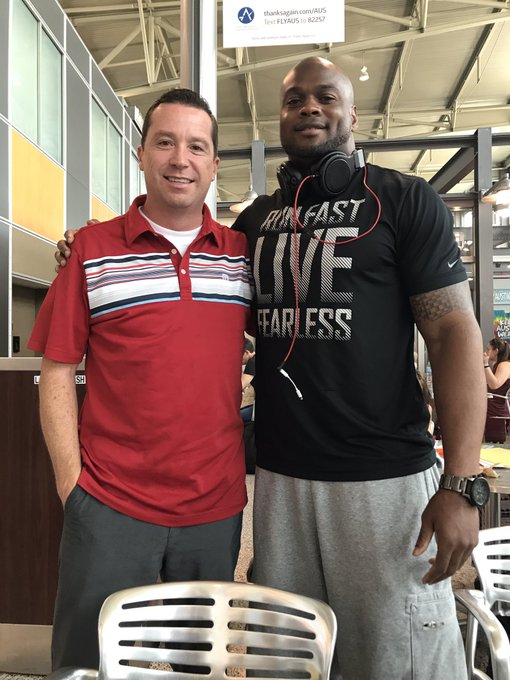 CRAZY!! Just saved my guy Marcus Ryan’s life by using the Heimlich maneuver in the middle of the Austin airport! WOW Mom would be proud haha

Always nice to snap a pic with the guy who just saved your life.