motivations and decisions are rarely honest or realistic. She was not afraid for her life when she shot an unarmed man in the back. She is not leaving her job because she is really a “beat cop.” Pull this leg and it plays jingle bells.

Fact is, Betty Shelby can’t live in a community for the shooting death of an unarmed

man. She could not face a city and peers every day without thinking about her actions that day. Don’t know why it’s so hard to be honest. Of course, honesty would have landed her in much more trouble than working at an unsatisfactory job. But, perhaps she would be able to face herself and others honesty.

his family. The family is suing the city and Shelby in civil court. Good luck to them.

When meaner dogs, bigger guns, stiffer sentences and zero tolerance doesn’t keep people from killing each other in record numbers in Tulsa, the time has come to try love and prayer. Much credit goes to the faith community to find ways to end the cycle of violence which hurts our city. We salute all those involved in this move to do more than wish and hope.

Fact is, prayers by large groups praying for peace works. Experts estimate violent crimem will drop by as much as 25 per cent. Which is far better than bringing the cruel heel of justice on those suspected of foul deeds. This is a start in the right direction. We hope the community bows and prays for better days during these painful days of senseless violence. Join them as they rally to do the right thing. 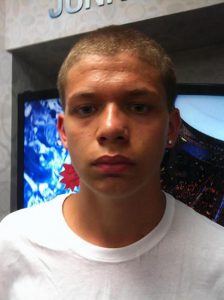 many baffled as they are set to go to trial for a fourth time in the shooting death of Jeremy Lake by former Tulsa Police Department officer Shannon Kepler. The other three ended in hung juries. To say this was rare would be an understatement. Allegations of race based decisions by some members of the jury and improbable reasons for shooting an unarmed 19-year-old man for the crime of dating outside his race as some suggest.

Hopefully the jury will be fair and just. Because all things being fair, this case should

have been decided at the first trial. But, justice is fickle and fleeting as Tulsa takes another

attempt at bringing justice to their community.