Accusing Donald Trump of trafficking in policies harmful to African Americans, the Congressional Black Caucus on Wednesday (June 21) unanimously rejected an White House invitation to meet with the president.

“Through an objective assessment, we see no evidence that your administration acted on our calls for action, and we have in fact witnessed steps that will affirmatively hurt black communities,” caucus chairman Rep. Cedric Richmond, D-New Orleans, wrote in a letter rejecting the president’s June 9 offer. 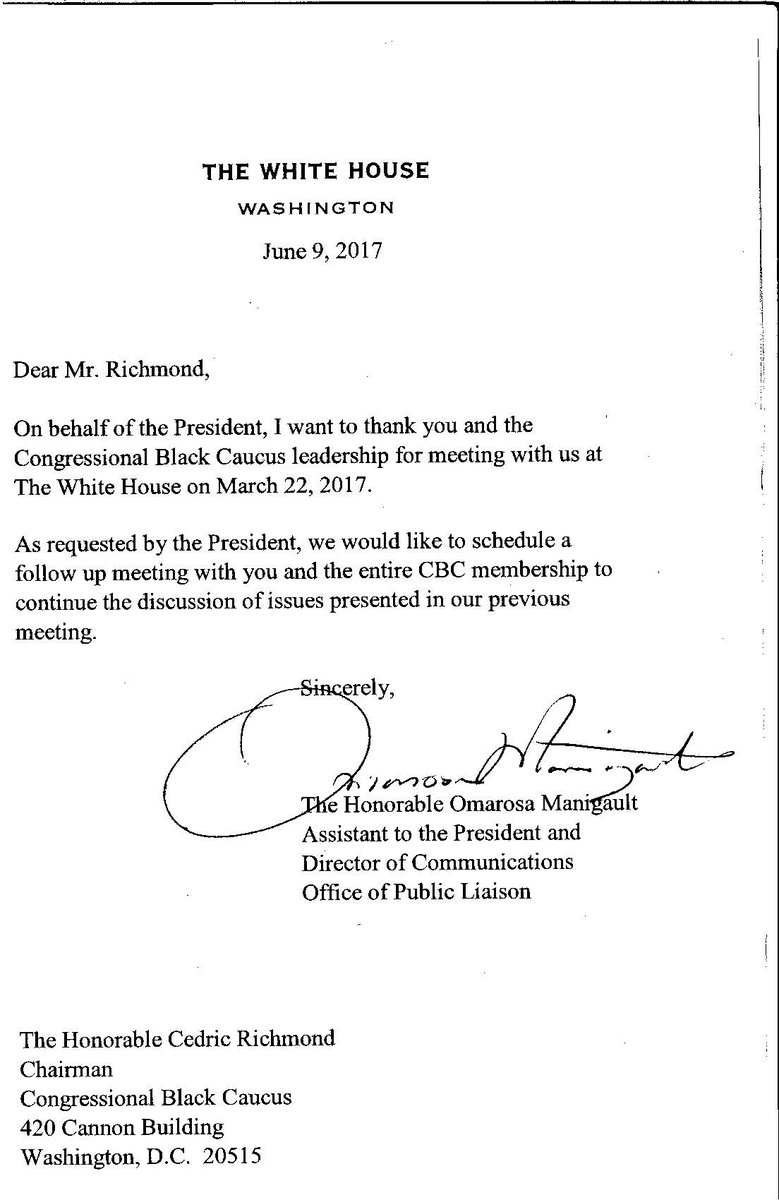 The caucus took issue with several policies of the Trump administration, including:

Trump, through his aide and former reality-TV star Omarosa Manigault, had invited all 49 members of the caucus to The White House. Several members saw it as a publicity stunt; a photo op for Trump.

Others objected to Manigault calling herself “the Honorable,” even though she does not hold a position usually associated with that title.