One day after news hit that Beyoncé gave birth to twins earlier this week, TMZ is reporting that the trio has been in the hospital for nearly a week because of a “minor health issue.”

However it’s not clear what the specific issue is, but doctors do not feel comfortable releasing them.

RELATED: Best Reactions To Beyoncé Giving Birth To Her Twins

A close source told the gossip site not to fret though: As far as they know, Bey is OK and the babies are expected to be OK as well.

Granted we don’t have confirmation on what’s ailing the Carter twins, but what we do know is that extended hospital stays for multiples aren’t all that rare.

According to the March of Dimes, close to 60 percent of all twins and more than 90 percent of triplets are born prematurely (before 37 weeks). The average twin pregnancy lasts 35 weeks. Early births can lead to longer hospital stays in order for doctors to monitor the infants lungs and other organs, give babies time to gain weight and treat them for any existing conditions related to being premature.

And while there was question as to whether the Lemonade singer and her husband Jay Z had actually welcomed their babies yet, Bey’s sometimes estranged father Mathew Knowles confirmed on Twitter that they had in fact arrived.

“They’re here!,” he wrote in his post, including a photo of balloons that was signed “Love, Granddad.” 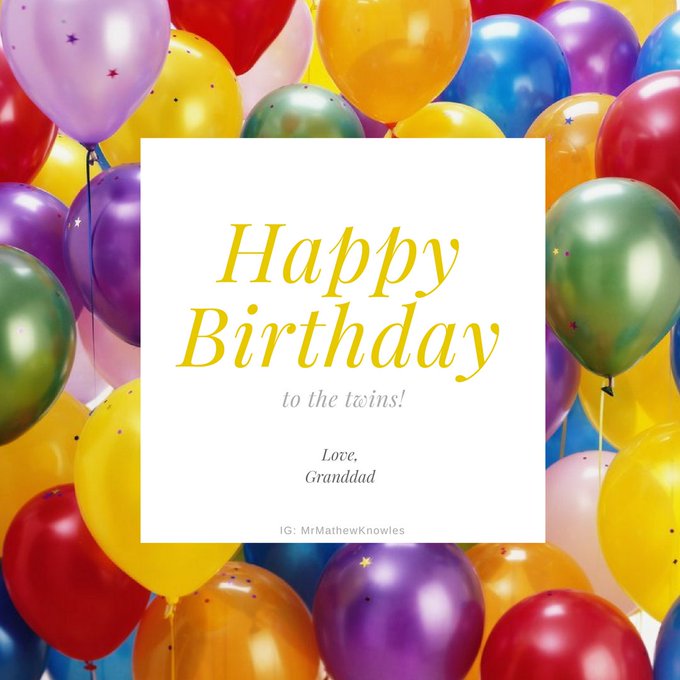 Once again congrats to the Carters and we are praying for their speedy recovery!