I praise you because I am fearfully and wonderfully made;
your works are wonderful,
I know that full well.

In his book, Cut Dead but Still Alive, author Gregory C. Ellison II examines the psychological toll of living a cut dead existence.  His opening words detail the current state of mind for many African-American young men, “Spared from the gallows of emptiness and impotent despair, the fortunate human soul finds life and the potential to flourish when noticed favorably by others. However, some living souls endure the woe of being passed over with no account. Like phantoms, they ache to be seen and heard. But, persistent unacknowledgment takes a toll on their psyches. With shadow-cast faces, they teeter from explosive rage to implosive depression. Locked in an unending nightmare, their future hopes diminish, and the daily existence of facelessness becomes a cruel and fiendish torture.  Herein lie the stories of the faceless phantoms, tramping through city streets, suburban corridors, and college campuses, screaming from the shadows to be seen and head. They are the cut dead but still alive.” 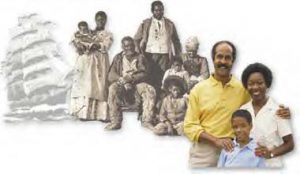 Attempting to foster resurgence in ethnic self-esteem authors Henry H. Mitchell and Emil M. Thomas offer the following definition of ethnic self-esteem as being the enduring evaluation that one makes about the significance of one’s race, culture, and history as attributes of oneself. Unfortunately, this view of self has continuously been assaulted and assassinated by systemic strategies to denigrate our existence.  Thus there is a need to rediscover the genius of our sojourn which is the tenacious ability to survive and continue to love our personhood in a hostile environment.  In fact, included and incorporated in the Great Commandment found in Mark 12:29-31 along with the love of God and the love of neighbor is the love of self.  One’s view of personhood is positively affected when people receive more information about themselves, and begins to appropriate and celebrate their God given worth as David does in Psalm 139:14.

I refer to Ellison again, who outlines four fundamental human needs and strategies for regaining what we once embraced that fueled our greatness. The first is a sense of belonging which is the most fundamental, this simply means the feeling that I am being recognized and listened to as opposed to ignored and muted, the second is self-esteem or the extent to which I feel others perceive my goodness and worth, the third is control or the feeling that one has the capacity to change an undesirable situation which in turn energizes a person to persist, and lastly, a meaningful existence or a positive answer to the perennial existential question, Does My Life Matter? 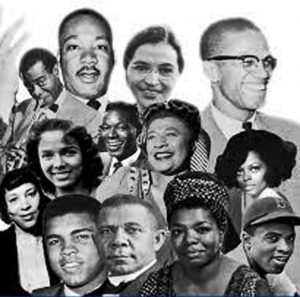 We must celebrate and rediscover that our existence does have meaning despite promotion of propaganda to the contrary. King David, a product of slave ancestry, is able to maintain a positive view of self based on a belief that he was made in the image of God and being proud of his lineage.  The words of Marcus Garvey still ring true, “Have your own newspapers, have your own artists, have your own sculptors, have your own pulpits,…….print your own books and show your own motion pictures…..Glorify all the good in yourselves.”