Last week’s jury verdict finding Betty Shelby “not guilty” reverberated around the world. A white police officer was acquitted of killing an unarmed Terence Crutcher, a black man. His hands were up in air when she shot him. While the jury acquitted her, it did not exonerate her from blame for his death.

In the wake of this verdict, Tulsa Mayor G.T. Bynum said, “I would remind Tulsans that our history shows us African Americans in Tulsa have not been the instigators of lawlessness and violence. They have been the victims of them.”

Bynum said the biggest single issue facing the city of Tulsa is racial disparity and it is “the greatest issue” on which we need help.

Unlike other cities, after the verdict, there were citizens’ protest but they were peaceful. And the protesters were both black and white and in between.

The jury of 12 was racially diverse: twenty-five percent of its jurors were black. After the verdict, the jury foreman published a well-reasoned opinion explaining the jury verdict. Among other reasons, the letter explicitly states, “many on the jury could never get comfortable with the concept of Betty Shelby being blameless for Mr. Crutcher’s death.” In other words, while the jury acquitted her, it did not exonerate her from blame.

Shelby’s defense was that had Crutcher obeyed her lawful command to stop walking toward his SUV, she would not have had to shoot him. She says he “made” her do it. Her defense has been cryptically referred to as “suicide by police.”

According to the jury foreman, the jury found that Crutcher was 30 feet away from his vehicle when Shelby drew her weapon and moments later shot him. A fellow officer, right beside her at the time, discharged his taser, while she pulled the trigger.

According to the jury foreman, the unanswered question was whether Shelby’s police training allowed her to pull the trigger on her deadly weapon rather than her Taser. Apparently, the evidence of her fellow officer of pulling his Taser rather than his gun was not sufficient evidence for the jury to conclude that her police training required her do as her fellow officer did.

Generally speaking, juries never explain the reason for a verdict. However, we are fortunate in this case to have e an explanation.

Beyond a reasonable doubt, the jury’s focus was on Shelby’s police training. Would Crutcher be alive today had Shelby been better trained or did her training give her a license to kill an unarmed man, out in the open, with hands up in the air, and who was at least 30 feet from his vehicle, when she drew her weapon? If the wrongful death case is not settled before trial, it is anticipated that a federal jury will be asked to answer that question.

Will Shelby’s fate be similar fate as the celebrated O.J. Simpson?  Simpson was acquitted of murder but found culpable of homicide in the civil case filed against him.

In the meantime, Crutcher’s twin sister, Dr. Tiffany Crutcher, has outlined some much-needed reforms, which we fully endorse:

None of her suggestions have anything to do directly with the race but have everything to do with community policing. Implementing these reforms will coincidentally, in part, address the racial divide in Tulsa to which Mayor Bynum has rightly referenced.

Being a police officer is a noble profession. We must ever be grateful that the police provide a vital role in our community. Daily they have skin in the game. Their jobs are not easy. Sometimes their lives are on the line as Shelby contended in this case. She was wrong. Her life was not on the line. Crutcher lost his life because of her mistake.

While fighting crime, every day police officers, no matter what race, are confronted with the three temptations, which “Christ Apostle John” warns against:

Dr. Crutcher’s suggested reforms should be implemented by TPD and serve as a beacon of light to all other police departments across the nation. 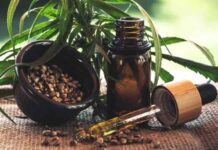