A large crowd of students walked out of the Notre Dame commencement ceremony on Sunday in protest of the speaker, Vice President Mike Pence, who delivered a speech that mixed platitudes about bright, dream-filled futures with a lengthy rebuke of political correctness on college campuses.

As several dozen students in caps and gowns quietly exited the graduation ceremony, the vice president praised Notre Dame, one of the nation’s most prominent Catholic universities, as “a vanguard of freedom of expression and the free exchange of ideas.” Other schools do not measure up, he said.

“While this institution has maintained an atmosphere of civility and open debate, far too many campuses across America have become characterized by speech codes, safe zones, tone policing, administration-sanctioned political correctness — all of which amounts to nothing less than suppression of the freedom of speech,” he said. “These all-too-common practices are destructive of learning and the pursuit of knowledge, and they are wholly outside the America tradition.”

The protest began as Mr. Pence began his remarks at Notre Dame Stadium in South Bend, Ind., where degrees were conferred on 2,081 students. Online video of the ceremony showed a large number of young people filing out of the stadium as the vice president began to congratulate the graduates and their families. Around them, the audience erupted into a mixture of boos and applause.

Luis Miranda, 29, a protester who graduated from a master’s program at Notre Dame, said the students who walked out objected to Mr. Pence’s role in the Trump administration as well as his record as an Indiana congressman and governor, when he opposed admitting Syrian refugees and rights for unauthorized immigrants and lesbian, gay, bisexual and transgender people.

“Of course we welcome and support free speech on campus,” Mr. Miranda said. “But commencement is not a moment for academic exchange or political dialogue. It’s a celebration of all of our hard work.”

Mr. Miranda added that Mr. Pence’s role in graduation was particularly unsavory for some students and their families — including gay people and immigrants — who might have been hurt by the policies favored by the Trump administration.

“I have family who are directly being affected by his policies, so I felt like I needed to stand up,” Mr. Miranda said. “And I think that’s what we all felt.”

Mr. Pence’s connection to Indiana runs deep. He was born and raised in the state and served as one of its representatives in Congress for 12 years before becoming governor in 2013. In addition to delivering the commencement address, the vice president also received an honorary degree. Notre Dame said in a statement that he was the first vice president to deliver a commencement address at the university.

Protest organizers estimated that more than 100 people had walked out. On social media, many could be seen wearing rainbow pins or flags, which were also hung from windows around the campus as a symbol of gay pride.

“If it was just five of us, we would have thought we were successful because we were doing the right thing,” Mr. Miranda said. “The fact that so many people showed up was mind-blowing.”

The protesting students were praised on Sunday by several left-leaning national groups, including the gay media group Glaad and the group that organized the nationwide Women’s March in January.

The graduation protest was carefully planned weeks in advance by a student group called We Stand for ND, which posted explicit instructions for participants online (“Remember to stay respectful”) and even provided a map of the venue that highlighted specific exits and the best route students could take to reach them.

In a statement posted online last week, the organizers invoked Catholic social teaching and the example of Pope Francis, known for his ecumenical spirit and common touch, to explain their opposition to Mr. Pence and his politics.

“Pope Francis has bestowed upon the world a call to support Syrian refugees, to acknowledge and respect the humanity of sexual minorities, and to bring down all walls that separate us,” the statement said. 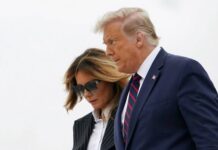 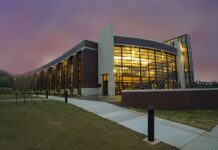