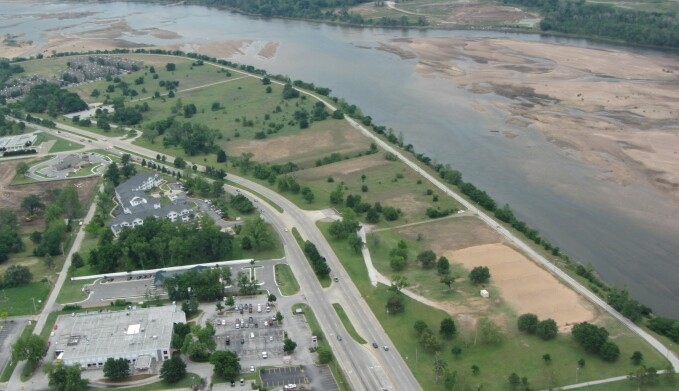 The Tulsa City Council, earlier last month, voted to abandon 8.8 acres of the 70-acre Helmerich Park to make way for a potential REI store as well as some other retail businesses. The council also approved giving the developer another half-million dollars to install infrastructure in the area. In court, opponents of the sale contend the city of Tulsa cannot sell the land because the City owns the parkland in trust for the public’s benefit since it was purchased with restricted park purpose sales tax funds.

We are delighted REI is interested in locating in Tulsa. REI is a national outdoor retail co-op outfitting its members and the community for outdoor adventure.

The problem is not with REI. The problem is the proposed sale is not only illegal but is a sellout of the public and is a betrayal of the public trust. The proposed sale, if not stopped, will deprive the citizens of Tulsa millions of dollars. With the downturn in sporting good sales in Tulsa, there is no certainty that the Tulsa economy will appreciably improve either in jobs or sales tax revenue.

This land in question lies at a major Tulsa intersection. 71st Street is a six-lane primary arterial and Riverside Parkway is a six-lane primary arterial. Immediately across the street, at the very same intersection, a new Planet Fitness was constructed on just 2.48 acres of land. In 2015, the county assessor valued that land at $18.00 per square foot. In stark contrast, five members of the nine member City Council are allowing the REI to pay a miniscule $1.45 million for 8.8 acres at $3.80 per square foot. At $18.00 per square foot, for the land only, the 8.8 acres of Helmerich Park – if it was a legal sale – it should be valued somewhere near $6.5 million. Now, $6.5 million – if it was a legal sale – put back into Helmerich Park would make a legitimate impact on the park and make more palatable the approximate $500.000 the city intends to allow REI against the purchase price for infrastructure development. Otherwise, the sale is an outrageous giveaway.

Don’t get us wrong. We are not upset about an allowance for infrastructure development or even tax credits to encourage business development. Tulsa has engaged in such practice for many years to Tulsa’s benefit.

Why is the sale so outrageous? Because the proposed sale is based upon a fictitious fact, is based upon an “alternative fact”. By resolution, the City Council declared that 8.8 acres of Helmerich Park was no longer needed and is not necessary for public park purposes and is abandoned as a park. What nonsense!

Helmerich Park was dedicated as public parkland by two city ordinances enacted by the signature of Mayor Rodger Randle on June 4, 1991. It was paid for in part with public sales tax money and by donations from private citizens and corporations and Tulsa philanthropist Walter H. Helmerich, III. He rushed in and led the effort to prevent that land (then privately owned) from becoming a commercial and office center.

The people, the judge included, who will decide the controversy, are not sycophants, as in Hans Christian Andersen’s “The Emperor’s New Clothes, ” where the Emperor’s ministers cannot see the clothes themselves, but pretend that they can for fear of appearing unfit for their positions. The City of Tulsa cannot “abandon” the park because the park has not been abandoned. Ironically, the city has signs posted restricting the use of the park by permit only, except for use of the park’s 10 volleyball courts still being used actively by the public.

Among other things, while keeping the integrity of Helmerich Park is most important, more important is keeping the City Council in check. It cannot be allowed to lie to the people or make facts true that are not true. The 8.8 acres is not surplus parkland and is not abandoned. Just because the five-member City Council says it is does not make it so. The alternative facts contrived by the current city council cannot trump the 1991 pre-existing condition restricting the use of Helmerich parkland.