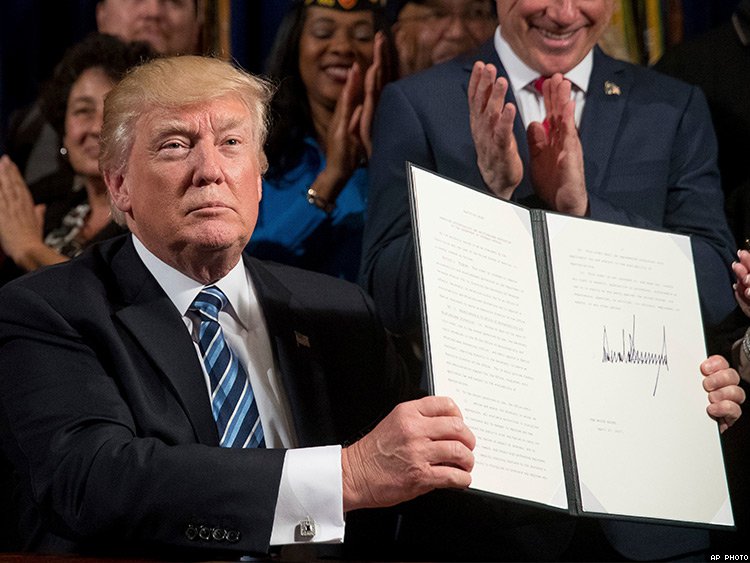 Several leaders of the religious right have been invited to the White House that day, which is the National Day of Prayer, and they expect the president to unveil the order then, according to Politico. “Two senior administration officials confirmed the plan, though one cautioned that it hasn’t yet been finalized, and noted that lawyers are currently reviewing and fine-tuning the draft language,” the site reports.

A draft of the order was obtained by The Nation in February. “The draft order seeks to create wholesale exemptions [from antidiscrimination laws] for people and organizations who claim religious or moral objections to same-sex marriage, premarital sex, abortion, and trans identity, and it seeks to curtail women’s access to contraception and abortion through the Affordable Care Act,” the progressive magazine reported at the time.

It also “construes religious organizations so broadly that it covers ‘any organization, including closely held for-profit corporations,’ and protects ‘religious freedom” in every walk of life: ‘when providing social services, education, or healthcare; earning a living, seeking a job, or employing others; receiving government grants or contracts; or otherwise participating in the marketplace, the public square, or interfacing with Federal, State or local governments,’” The Nation noted in February.

Trump administration officials have been cagey about the existence of the order, but religious right activist Ken Blackwell, who was a member of Trump’s transition team, has said such an order is definitely coming. Far-right leaders such as Brian Brown of the National Organization for Marriage have pushed for such a measure.

If the language of the original draft is retained, the order would be similar to the First Amendment Defense Act, which is pending in Congress — and would be a shortcut to writing such discrimination into law.

The American Civil Liberties Union quickly issued a press release saying it will see Trump in court. “The ACLU fights every day to defend religious freedom, but religious freedom does not mean the right to discriminate against or harm others,” said deputy legal director Louise Melling. “If President Trump signs an executive order that attempts to provide a license to discriminate against women or LGBT people, we will see him in court.”