Anna Maria Goodwin Benn passed away on April 11, 2017, in Tulsa, Okla., at the age of 51. Anna was born on August 5, 1965, to Vivian Edwyna (née Palm) and James Osby Goodwin in Tulsa. A lifelong resident of Tulsa north, Anna was known as a mother, a sister, a cousin, a niece, a mentor and an earnest friend with an eternal smile forever etched across her freckled face, an insightful legal mind and gifted writer, a yearning to serve others, someone who truly never met a stranger, and was humbly seeking to strengthen her faith while on her spiritual journey to draw herself closer to God and fulfill His commandments.

She began her education at Wesley United Methodist Church’s early childhood education program, followed by Holy Family Cathedral and Immaculate Conception schools, where she started many of her lifetime friendships that remained rooted through the years. She graduated from Monte Cassino School in 1983, and she was involved in many extracurricular activities, including the National Honor Society and Honor Roll, student government and cheerleading. She loved her community, and participated in many academic and community events, including the Miss Black Tulsa Pageant and was an active member of the Tulsa chapter of Jack & Jill of America Inc., including serving as student president of the U.S. Central Region in her senior year. 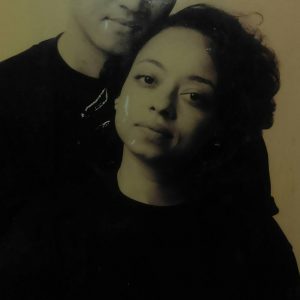 Anna followed her oldest brother, Jerry, to Xavier University in Cincinnati, Ohio, where she served two years as varsity cheerleader for the men’s basketball team. She transferred to the University of Tulsa, and she received her bachelor’s degree majoring in philosophy and minoring in marketing in 1989. While at Tulsa, Anna was involved in many activities, including the National Honor Society, president of the Philosophy Club, a Homecoming Queen finalist, a tutor and served on several student committees.

In 1994, she received her Juris Doctorate degree with Honors from the University of Oklahoma College of Law and passed the Bar Exam the same year.  Anna excelled at Oklahoma as an honor student, a member of the Law Review and recipient of first Ada Lois Sipuel Fisher Scholarship Award, named for the woman who in 1948 was the plaintiff in a precedent-setting U.S. Supreme Court case, Sipuel vs. Oklahoma that provided for the admission of African-American students to professional and graduate programs.

While at Oklahoma, Anna also served as a teacher and as a research assistant, a mentor to younger law students, as a student representative on the university’s faculty search committee and awarded a fellowship to study at the Faculty of Law in the University of Oxford in England. Her legal internships included stints at the U.S. Department of Justice’s Environmental Law Enforcement Section in Washington, D.C., the Legal Aid of Western Oklahoma and as a law clerk for former Justice Charles A. Johnson, the vice-presiding judge of the Oklahoma Court of Criminal Appeals.

Anna served as an assistant district attorney for former Tulsa District Attorney Bill LaFortune from 1996 to 1997 and worked primarily in the criminal division. She was admitted to practice in Texas in 1998 while working with Houston-based Wickliff & Hall, the largest minority-owned law firm in Texas. She joined the City of Houston Legal Department, where she focused on workers’ compensation, including helping to prepare proposed changes in state legislation. She stepped away from active courtroom practice to raise her two sons and worked for Mayer, Brown, Row & Maw in Houston. 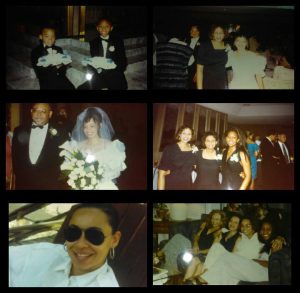 As a third-generation lawyer, Anna returned to Tulsa to fulfill a longtime plan to practice with her father at Goodwin & Goodwin, which was founded by the patriarch of the family, Edward L. Goodwin Sr. The father-daughter partnership brought full circle a relationship that began when her father was admitted to the Oklahoma Bar Association just hours after her birth in 1965. Since 2007, Anna and her father have worked hundreds of civil and criminal cases holding firm to a long-held family motto that “We make America better when we aid our people.” 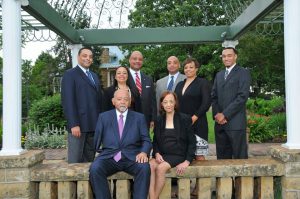 Anna was preceded in death by her mother and is survived by her father; her two sons, Christian and Jackson Benn of Houston, Texas, and their father Dwyane Benn; a sister, Jeanne Marguerite Goodwin of Tulsa; her brothers, James O. (Jerry) Goodwin Jr. of Tulsa, David (Angela) Goodwin of Liberty Township, Ohio, and Joseph R. B. Goodwin of Austin, Texas; nieces including Leah, Viviana and Addison; and nephews, including Jalen. As well as, many aunts, cousins, uncles, friends and classmates, all of whom had a very special place in her heart and spirit. 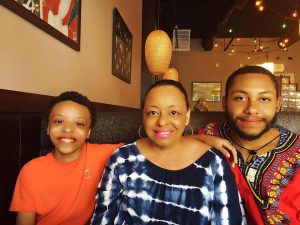 A Rosary is set for 7 p.m., Tuesday, April 25, with a funeral Mass to follow at 10 a.m., Wednesday, April 26, both at Holy Family Cathedral, 122 West 8th Street. Dillon Marler Dighton Funeral Home is in charge of arrangements. A repast will be held following Mass at 12 p.m. at the Greenwood Cultural Center, 322 North Greenwood Ave. A private Family Memorial will be held at a later date.

In lieu of flowers, friends and family can make memorial contributions in her name to the Mental Health Association Oklahoma, 1870 South Boulder Ave., Tulsa, Oklahoma 74119; online at http://mhaok.org/ and select the “Donate” button, or call (918) 382-2410 for more information.