Darden joins THA after nearly a decade at the Metropolitan Development and Housing Agency (MDHA) in Nashville, Tenn., where he served in leadership roles, including public housing property manager,  COO of Affordable Housing and most recently director of recapitalization.

“We have landed a true star in Mr.  Darden,” said Rick Neal, chairman of the THA Board of Commissioners.  “Throughout the interview process, it was abundantly clear he not only has the expertise to lead this organization, but the heart and passion for its mission and role in our community.”

While at MDHA, Darden was responsible for initiating the master planning and redevelopment processes on MDHA’s public housing sites, as well as directly managing multiple redevelopment projects simultaneously.  His efforts in implementing new goals and policies in the areas of quality, safety and efficiency also helped MDHA receive “High Performer” status from the Department of Housing and Urban Development (HUD).

“His grasp of the current issues facing housing authorities, as well as his vision for THA’s future, impressed the search committee,” said Neal.  “We feel confident he will be able to connect with our staff, residents and community partners in a meaningful and genuine way.”

The formation of the search committee came after the retirement of Chea  Redditt,  who served in various roles with THA since  1984,  including president and CEO for the eight years.  The search committee was comprised of internal and community stakeholders, including members of the THA Board of Commissioners representatives from the mayor’s office, community activists and volunteers, and a resident representative.  Collectively, this group unanimously selected Darden as THA’s next leader.

The opportunity to lead a housing authority with such strong standards, stewardship and forward thinking vision was one I   could not pass up,” Darden said.  “Tulsa is on the rise and my family and I are thrilled to be a part in the city’s next chapter.”

S. Renee Narloch & Associates said the THA position was highly sought after in the public housing and housing authority market. “We saw a strong pool of candidates from across the country who were eager to be a part of a fiscally sound and highly regarded housing authority in a city seeing tremendous growth,” Renee Narloch said. “Yet throughout the process, it was clear to everyone involved that Aaron was a frontrunner and the right person for this role.”

Darden says one of his goals going into the position is to bring creative and innovative ideas and solutions that will not only serve the residents at THA, but the Tulsa community as a whole.

“It’s not just helping people move in, it is helping them move up,” said Darden.  “We should constantly be striving to provide services and programs that help our residents reach a financial point in which they no longer need to utilize our properties. That is, and must always be, the end goal.” 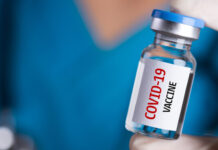 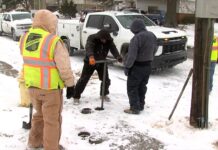