The residents of a 48-unit senior citizens site, known as Cherokee Meadows, located on Tulsa’s north side have not been served well by the city of Tulsa. An occupancy permit was unwisely and untimely issued by the city of Tulsa to the Oklahoma City based Carland Group LLC, and unfair advantage would be taken of elderly people.

The occupancy permit allowed elderly citizens to be duped into moving into the rental units even though the units did not provide reasonable living accommodations.

Among other things, while but recently there were no land line phone connections, no sod, and no mail delivery services, and no driveway entrances to allow vehicles and wheelchairs to enter the 24 different driveways. 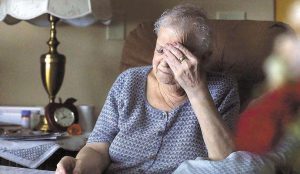 Vehicles can enter the driveways only by driving up over the curbs, exposing the vehicles to potential undercarriage damage.

Senior citizens, who use walkers or canes to approach vehicles in the street, experience difficulty getting into vehicles. “When somebody comes to pick me up I gotta put my cane here and come down and hope that I don’t stumble,” said Della Shaw, an 84-year-old senior citizen who unwittingly moved into one of the units on Christmas Eve of last year,

She has spoken out while other elderly tenants are afraid to speak out because of fear of retaliation.

When Oklahoma State Representative Regina Goodwin and City Council member Vanessa Hall- Harper complained to the city of Tulsa, an official at the City of Tulsa replied “This is private property and private streets, not a City of Tulsa concern…there are no life safety issues.”

Goodwin responded “Cherokee Meadows is not providing reasonable accommodations for our seniors who use wheelchairs, have handicaps, or difficulty walking. Dangerous driveway curbs are a life safety issue and are not good for any age. The bottom of cars are even hitting those high curbs.”

Prominently displayed on the property is a large sign that says the project was financed in whole or in part by federal funds administered by the city of Tulsa. The property developer claims it does not have the money to fix the defects, claiming the curbs in the driveway are not defects.

According to the attorney for the Tulsa Development Authority (TDA) Jot Hartley, the Carland Group presented plans to the TDA providing driveways without curbs and presented to the city of Tulsa Building Inspector a different set of plans allowing curbs, a classic bait and switch. It is anticipated at its next week board meeting, TDA will determine that Carland is in violation of the agreement. Whether suit or other action will be exacted against Carland has not been announced.

In November of 2014, Carland received $625,983 in tax credits from the Oklahoma Finance Agency, and money from in the Housing and Urban Development. To qualify for tax credits, Carland must restrict both rents on its rental units and rent to tenants whose incomes do not exceed income limits. Program requires a 15-year tax credit compliance period. In addition, Carland must enter an agreement for an extended low-income housing commitment that continues at least 15 years after the end of the compliance period.

Projects, like Cherokee Meadows, are structured so that the sale of a project’s housing tax credits and other tax benefits provides a source of capital for the development of affordable rental housing. This equity investment reduces financing costs, thereby reducing operating expenses, which is passed along in the form of reduced rents. Rent for individual units will be on a sliding scale based on income and tenants must be 62 years of age or older. 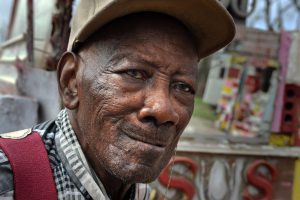 With such compelling evidence and such flagrant violations against the elderly, against their civil rights, against terms of the TDA contract and in the name of common decency and respect for the elderly, why won’t somebody in leadership at City Hall step forward, speak out and move to rectify this obvious and compelling wrong. It seems their silence favors private profit over public well-being.