A community organizer, a former NFL running back, a nationally known broadcaster, an internationally renowned opera director and a longtime educator are among the alumni set to be inducted into the Booker T. Washington High School Hall of Fame next month.

“We want to recognize these five members of the Booker T. Washington family who have left an indelible mark on the community,” said LaVerne Ford Wimberly, Ed.D., Hall of Fame Foundation chairwoman. “Their efforts truly exemplify the ideals of both the school and its namesake.”

A 1933 graduate, posthumous inductee Art Williams Sr., was Booker T. Washington High School’s football and basketball coach in the 1950s and ‘60s. The first African-American to receive a graduate degree from the University of Tulsa, Williams also launched the athletics program at Carver Junior High School. At the time of his death in 1978, Williams was the Director of School Community Relations for Tulsa Public Schools. A two-time state Golden Gloves boxing champion, he has been posthumously inducted into the Tulsa Public School’s Athletics Hall of Fame and the Oklahoma Officials Hall of Fame. 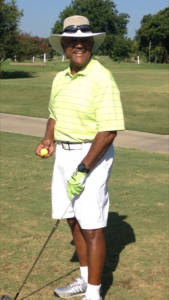 A 1960 graduate, Dale Hogg was the executive director of the Urban League of Tulsa from 1969-1972. Under his leadership, the Urban League helped get the City of Tulsa to enact anti-discrimination housing ordinances. The organization also played a key role in the integration of Tulsa Public Schools through peaceful protests against forced busing. Tulsa’s first black television broadcaster and the first black member of the University of Tulsa board of trustees, Hogg has since gone on to hold leadership positions with The Williams Companies, Coca-Cola, Time Warner and Iridium, LLC.

Selected by the Dallas Cowboys in the first round of the 2008 NFL Draft, 2005 graduate Felix Jones II established a free ACT training program at the North Mabee Boys and Girls Club. Additionally, the former first team All-American has partnered with other Hornet football alumni over the last eight years to offer a free “Life Skills and Drills” camp for Tulsa-area middle school and high school students.

A 1997 graduate, Demarco Morgan joined CBS News as a New York-based correspondent in 2015 after stints with MSNBC and network affiliates in Atlanta, Miami, Milwaukee, New York and Jackson, Miss. In the 18 months his on-air assignments have included the arrest of pharmaceutical executive Martin Shkreli, the impact of opioid abuse and a Cleveland grand jury’s decision not to indict two police officers for killing 14-year-old Tamir Rice.

Known internationally for his stage design and abilities as a director, 1994 graduate Thaddeus Strassberger’s credits include “Hamlet” with the Washington National Opera, the world premiere of “JFK” for the Fort Worth Opera and l’Opera de Montreal and “Le Nozze de Figaro” with The Norwegian National Opera. The 2005 European Opera Prize winner, Strassberger collaborations have included Placido Domingo, the Bolshoi Theater and Sir Anthony Pappano.

Damario Solomon-Simmons, a Booker T. Washington graduate and Tulsa People’s recent pick for Tulsan of the Year, will deliver the keynote address at this year’s scholarship dinner.

Along with the formal ceremony at 9 a.m. on April 7 in Nate Harris Fieldhouse, a dinner is scheduled for April 6 at Booker T. Washington High School at 6:30 p.m. Tickets are $25 each with proceeds going to the foundation’s scholarship fund, which provides financial aid for up to four years for graduating seniors and recent graduates.