Paul Mooney, 75, The God Father of Comedy, is still touring, and made a stop at Greenwood Cultural Center (GCC) in Tulsa, Okla. last Friday night (March 17, 2017). The question that some are asking is whether he should still be on the road or on stage

The crowd at GCC was ambivalent about the show. Some were heckling the promoter because the show started late and when it started the warm-up acts were…just…too…Too long, too dirty, too disrespectful.

When Mooney took to the stage, it was difficult to hear for a variety of reasons; he did not keep the mic to his mouth and there were many side conversations going on in the audience along with the heckling.

After 20 minutes of monologue, but mostly dialogue with two patrons, Mooney was taken off stage, abruptly, without explanation. Immediately tables were set up from which Mooney could meet and greet his fans, and sell and autograph his book. The Oklahoma Eagle later learned from Ealy that Mooney had contracted for a 20-minute show.

I Want My Money Back

There was some who asked for their money back. But at the top of the evening promoter Lavelle Harris set the audience’s expectations in the words that Mooney likes to say: “There are no m**herf**king refunds at a Paul Mooney show.”

On February 2, 2016, Vulture, an e-publication, published a piece by David Peisner, a white freelance writer from Atlanta, titled The Curious Decline of Paul Mooney. He called Mooney a “diminished figure with a rambling, uncertain delivery.”  He also said “It’s a troubling state in which to witness one of the most important and underappreciated comics of the past half-century.”

Peisner, who had been pursuing Mooney for an interview through Mooney’s road manager, and cousin, Rudy Ealy, suggests that Mooney is being manipulated and exploited by Ealy. He quoted Helene Shaw, who had been Mooney’s manager of more than 30 years as saying “Rudy’s just been around because Paul happened to get sick up in Oakland. He just grabbed him. When he was in his right mind, Paul hated Rudy.” Peisner also said that Ealy agreed to let him interview Mooney, and invited him to come to Oakland, but Ealy stopped returning his calls once he arrived in Oakland.

The Oklahoma Eagle caught up with Ealy a few days after the Tulsa show and asked him about these things. In relation to Shaw he said that he fired her. Allegedly, Ealy “caught her stealing money from Mooney and fired her.” Her comeback was “I forgot to give it to him.”

The Oklahoma Eagle attempted to reach out to Shaw and located her office in N. Hollywood, however the phone is no longer in service.

Peisner’s negative article on Mooney, according to Ealy, is retaliation because he was not granted an interview with Mooney. Mooney wanted the New York Times to pay him for the interview and they would not, said Ealy. He said “they paid Justin Bieber but would not pay Mooney.” The Oklahoma Eagle reached out to Peisner, however he has not responded.

Doing What an Old Man Does

The day after Peisner’s piece on Mooney, Charing Bell, a black columnist, rebutted him in a piece titled There Is Nothing “Curious” Or “Declining” About Paul Mooney (Madame Noir). About Peisner’s piece she had this to say, “As it reads, the career of a highly respected and regarded comedian appears to be ending on a less than humorous note. And some think it would be best if Mooney retires. Because right now, he is just embarrassing himself and ruining his legacy. That’s how this piece reads to me anyway…

I won’t get too far into pointing out all of the obvious ageism in all of that, but I will remind folks that Mooney is 74-years-old. And in spite of what the title of the article suggests, there is nothing “curious” about an old man doing old man things including rambling on too long and simply not giving a damn.”

Ealy said that he and Mooney were raised in the same house by their grandmother and the family has always been involved with Mooney in his business. Ealy submitted a few photos of Mooney to The Oklahoma Eagle surrounded by family, people who have his back.

“Family involvement is a must in the industry.” Ealy cited talents like Eddie Murphy, Chris Rock, and George Lopez who have always said to “Keep family around.” Comedienne Mo’Nique is beginning to do this as well. 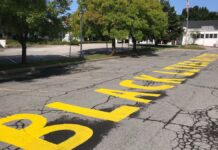 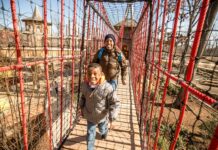 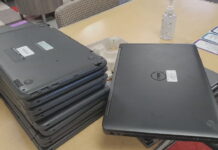