The Prancing Pearls of Excellence will perform at halftime at the 5th Annual BTW/TMC Alumni Game April 15th at 6 pm at the Nate Harris Field House on the campus of Booker T. Washington Senior High School.

The Prancing Pearls of Excellence (PPE) is a community majorette dance team located in Tulsa, OK. The purpose of the Prancing Pearls of Excellence is to provide young ladies between the ages of 12 and 17 with an opportunity to participate in a positive dance environment and develop sportsmanship, dance performance stamina, stage presence, confidence, character, and competitiveness. 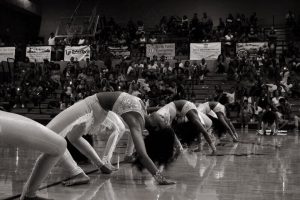 The PPE is a non-profit organization founded on April 14, 2015 by Dr. Shavonda Pannell associated with The Salvation Army Mabee Red Shield Boys and Girls Club. The Prancing Pearls of Excellence is a community majorette dance team specializing in the Jackson State University “Prancing J-sette” dance style known as “bucking”. 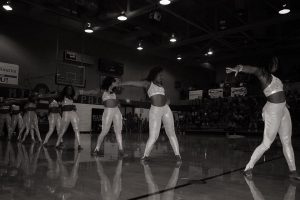 The PPE has made a major impact in the Tulsa community and in the lives of the young ladies on the team as well. With only being a team for two years they have accomplished so much in a short amount of time. They have competed in six competitions winning overall grand champion in two out of the six. They continue to work hard and dedicate much of their time to the dance team. Dr. Pannell attended Jackson State University where she danced for four years as a Prancing J-sette a part of The Sonic Boom of the South marching band. She was captain for one year and utilizes the same strategies from her Prancing J-sette, experience to ensure that the team is performing on a collegiate level. Not only are the young ladies successful on the dance floor but they excel in the classroom as well. Each dancer is required to uphold a certain GPA in order to participate in each performance. They understand that while being on this team is a privilege their education comes first. Not only is the team helpling build their confidence as dancers, but providing them with an opportunity with the right resources that will allow them to attend the college of their choice. Should these ladies choose to continue on dancing in college they will be well prepared.

The team has three coaches known as “The Triple Threat” which consist of the following individuals: Dr. Shavonda Pannell, Shaniece Randle and Kendall Alexander. Between the three of them they are the visionaries and master minds behind the Prancing Pearl program. The team consist of a staff including Robert Washington,Brittney Dorsey, Ashley Sells, Vashonda Pannell, Karla Etter-Ricard, Latonya Pinder, Randy Palmer Videographer and Shannon Guillory Graphic Desighner. The Prancing Pearls Glam Team consist of six make up artist including Marcenta Gaines, Stephanie Blakely, Mary Beth Ford, Amanda Hawkins, Kelly Stair, and Brenda Vasquez. 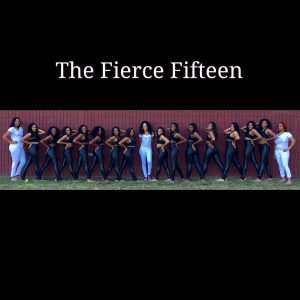 The Prancing Pearls of Excellence is not only a dance team but a family with supportive parents that add on to the success of the team as well. They have a bright future ahead of them and are sure to provide a program for young ladies to grow and express themselves through dance while finding out who they are along the way. Auditions for the upcoming 2017-2018 team is April 7-9. Any additional information regarding auditions can be found on their Facebook page: The Prancing Pearls of Excellence.

They are excited about their third season and are set to compete in the Road to Buck or Die competition hosted by The Dancing Dolls on April 29, 2017 in OKC at Capitol Hill High School. The Prancing Pearls look forward to seeing much success within this team and are to be congratulated on the job well done thus far. 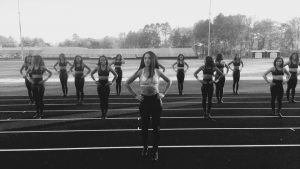 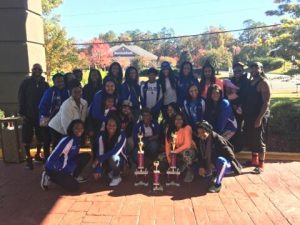 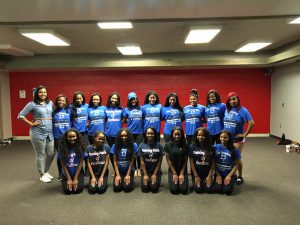