Minority women in STEM careers are being honored for their work by the DFW chapter of the National Society of Black Engineers.

The change in the room is palpable.

As mathematician Katherine Johnson — played by Taraji P. Henson — steps into a high-level NASA briefing, the table of men falls silent and shifts their focus to the black woman entering.

It’s a turning point scene in the Academy Award-nominated film, Hidden Figures, where Johnson is permitted into a meeting not usually open to women.

In her career, she’s received similar reactions while at conferences or attending workshops as a black woman engineer.

And that’s decades later, far removed from the 1960s setting for Johnson and other black women mathematicians and engineers depicted in the film, based on true events about the early days of NASA.

“Numerous times I’ve walked in, and you can read the faces of shock, No. 1 that it’s a black person and it’s a black woman,” Marshall told a theater of people following a Hidden Figures screening Sunday at Alamo Drafthouse Cinema in Dallas.

The Dallas-Fort Worth chapter of the National Society of Black Engineers hosted the screening along with a panel discussion, during which Marshall and other professionals delved into disparities still alive in science, technology, engineering, and math careers.

“It’s not the reality that needs to be changed because there are several women in STEM in the Dallas-Fort Worth Metroplex, but it’s the perception that they don’t exist.”

Though opportunities have opened for minorities and women in STEM fields, challenges still remain, panelists said.

“We don’t have separate drinking fountains and separate coffee pots, but you’re still the same one [African-American] person on your team,” said Dean Jones, a senior service delivery manager for Microsoft.

Tiffany Johnson, president of the NSBE DFW chapter, wants to make sure women get credit for their work in STEM and their stories don’t go untold. That’s what inspired the organization to celebrate the achievements of local minority women in its “Hidden Figures of Dallas: Top Women of Color In STEM” awards.

“It’s not the reality that needs to be changed because there are several women in STEM in the Dallas-Fort Worth metroplex, but it’s the perception that they don’t exist,” Tiffany Johnson said.

From engineers helping in health care discoveries to teachers guiding the next generation of potential STEM professionals, 10 women were named as the inaugural recipients of the awards over the weekend.

Those recipients in attendance Sunday were recognized. The women will be formally honored during a March 25 event, which will also raise scholarship funds for students majoring in STEM fields. U.S. Rep. Eddie Bernice Johnson will be the event’s keynote speaker.

The scholarships and awards are both part of NSBE DFW’s “Hidden Figures of Dallas” initiative to “inspire, honor, and educate girls, women, and people of color in Dallas in the STEM sciences.”

The group also provides mentorship and has hosted events with hands-on STEM activities for young girls.

“The program seeks to celebrate and promote diversity in STEM and is aligned with NSBE’s national mission to increase the number of culturally responsible engineers who excel academically, succeed professionally, and positively impact the community,” Tiffany Johnson wrote in an email to Dallas Innovates.

Learn more about the 10 women selected as the 2017 “Hidden Figures of Dallas:” 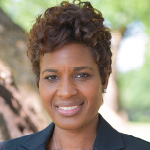 Jennifer Stimpson is a science teacher at The Hockaday School, federally-trained forensic chemist, and founder/executive director of Knowledge in Chemistry, a science program dedicated to enhancing STEM competency for K-12 students. Stimpson has a bachelor’s degree in chemistry from Dillard University in New Orleans and was the first African-American woman to receive a master’s degree in environmental chemistry from the University of Northern Iowa. 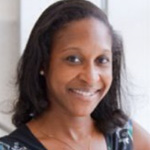 Yolanda Parker is a math professor for Tarrant County College and a representative for the school on the DFW Technology and Education Council. She has helped coordinate numerous STEM programs for youth with DFW-TEC and as a member of the Fort Worth chapter of The Links, Incorporated. She has a doctorate in mathematics education from Illinois State University. 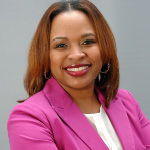 Sherrika Sanders is director of R&D at Authentix, Inc., where she designs proprietary chemical markers, which helps return millions of dollars to nations experiencing fuel theft and counterfeiting. During her nine-year career with The Dow Chemical Company, she helped create a recruiting engine, Building Engineering and Science Talent at Dow that continues to attract 20-30 minority STEM candidates annually. She’s also still active at her alma mater, Xavier University of Louisiana, where she serves as a discussion panelist and career coach to students studying in STEM fields. She received her doctorate in chemistry from The University of Houston. 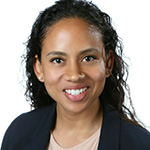 Leanne Metcalfe is a senior director of collaborative research and data science at Health Care Service Corporation, the parent company of Blue Cross Blue Shield of Texas. During her career, she has contributed to many discoveries in health care, including her current work on a device to better identify breast cancer masses. She received her doctorate in biomedical engineering from Georgia Institute of Technology, where she mentored incoming minority engineering students. 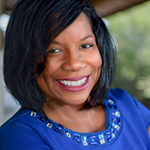 Alexis Scott is a senior principal systems engineer at Raytheon, where she manages a team of 11 engineers. She has served as a math professor for Dallas County Community College District for 18 years. She founded AMS Academic Solutions to offer tutoring in math and other subjects. Scott has a master’s degree in mathematics from the University of North Texas. 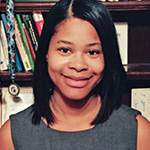 Tiffany Ricks is the CEO of Hacware, a custom software development company. Outside of work, she volunteers with Frisco ISD and Black Girls Code, to teach programming and computer science. Ricks also serves as a mentor with The Dallas Entrepreneur Center and Stoke and is the founder of Female Founders Dallas, a women’s entrepreneur group. Ricks has a master’s degree in management from Texas A&M University-Commerce. 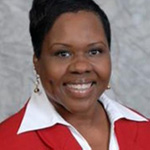 Victoria Brown is the director of clinical research administration for Children’s Health System of Dallas. During her career, she has been involved in multiple research studies and clinical trials with underserved and vulnerable populations. She has received numerous fellowship awards from the National Institutes of Health and other organizations. Much of her work has centered on drug abuse research and treatment. She has a doctorate in pharmacology with emphasis in neurosciences from Meharry Medical College in Nashville, Tennessee and an MBA in healthcare management from the University of Texas at Tyler. 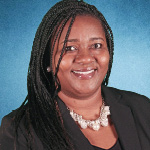 Kenya Wilson is a science curriculum coach at Lancaster ISD. Prior to her current role, she instilled the Project Lead the Way Engineering and Robotics curriculum at Uplift Hampton Preparatory School. Wilson received her master’s degree in secondary education from Grand Canyon University in Arizona. 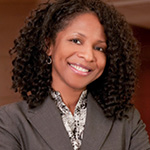 Juanita DeLoach is an intellectual property lawyer specializing in patent litigation. She holds five degrees including a doctorate in electrical engineering and master’s degree in engineering management. DeLoach’s previous roles include work as a process engineer at Texas Instruments, where she was named inventor on eight patents in semiconductor processing. 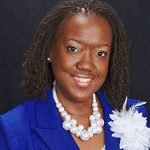 Sherrelle Diggs has worked in civil engineering for more than 17 years including her current role as a civil engineer project manager at The Dimension Group in Dallas. She has been involved with NSBE for more than 25 years on national, regional, and local levels. She has a bachelor’s degree in civil engineering from Southern University and A&M College in Baton Rouge, Louisiana and is a registered professional engineer in Texas, Oklahoma, and Colorado. One of her passions outside of her professional career is finding time to talk with students about her journey of becoming an engineer and help guide them on their own future STEM career paths. 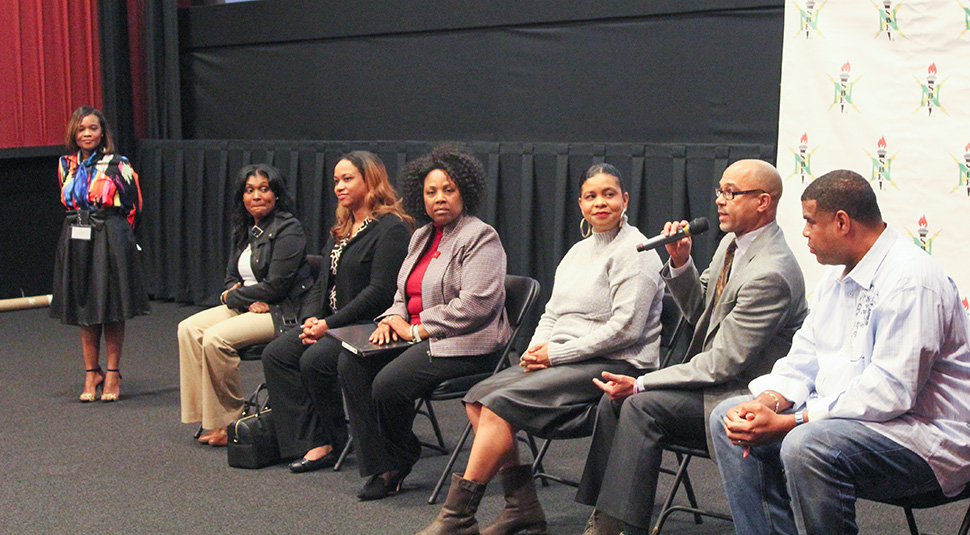 The Dallas-Fort Worth chapter of the National Society of Black Engineers hosted a free screening of Hidden Figures Sunday along with a panel discussion delving into disparities still alive in science, technology, engineering, and math careers. [Photo: Heather Noel] 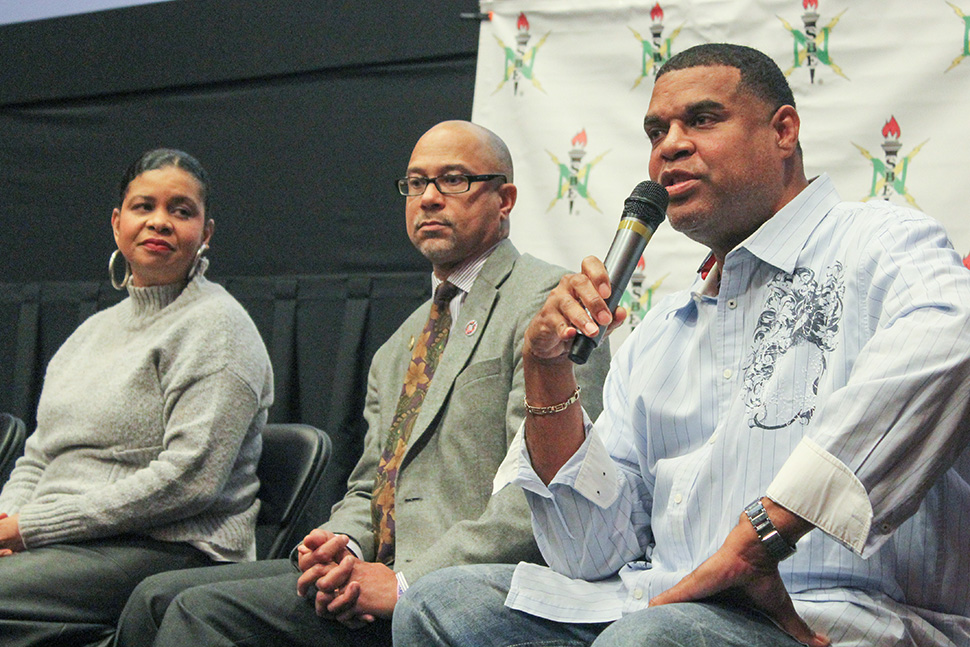 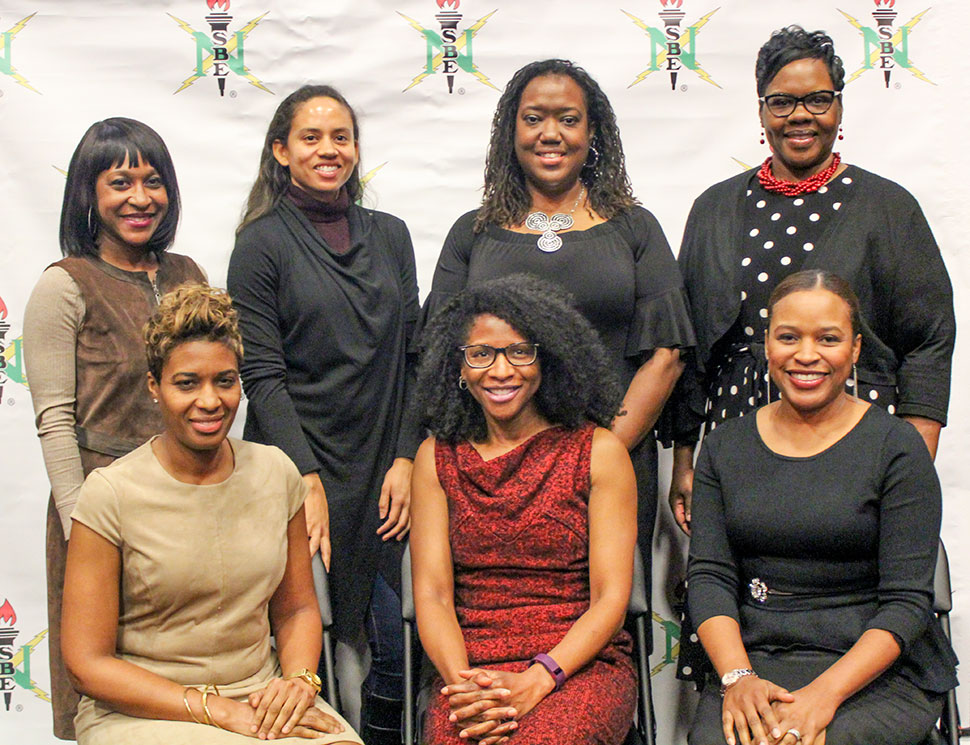 Seven of the 10 “Hidden Figures of Dallas” recipients were in attendance Sunday at the NSBE DFW event. The women will be formerly honored during a March 25 event, which will also raise scholarship funds for students majoring in STEM fields. [Photo: Heather Noel]

Delivering what’s new and next in Dallas-Fort Worth innovation, every day. Get the Dallas Innovates e-newsletter.