Former President Barack Obama has finally returned from his post-presidency vacation, where he got some much-deserved R&R in Palm Springs, California, and on Richard Branson’s private escape in the British Virgin Islands.

While Obama’s vacation style consisted of a backward hat and flip-flops, he looked seriously dapper in New York City on Friday in a black suit and a white collared shirt. No tie necessary. 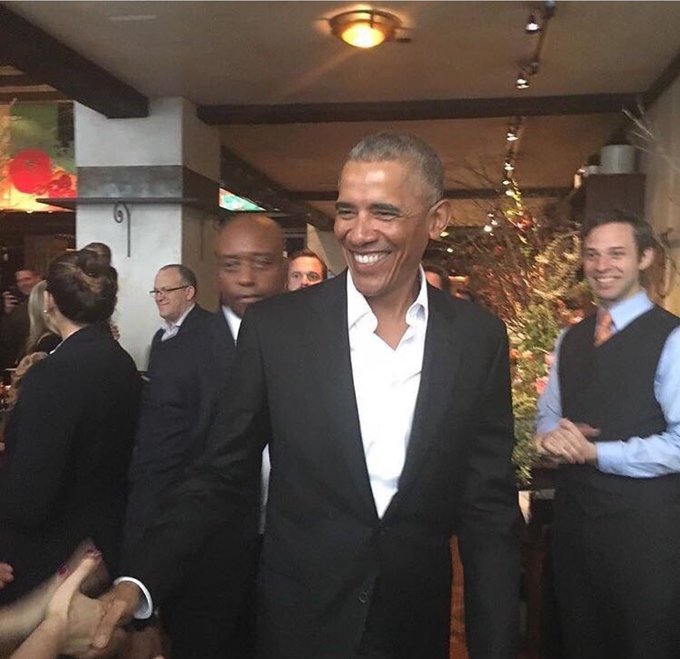 He’s rested & has a glow about him. The man is back.

The former president enjoyed a night out with daughter Malia. The two dined at Emilio’s Ballato, a popular Italian restaurant in Little Italy. (And happily posed for photos.)

Some theater-goers didn’t even notice who was in the audience with them.

Barack Obama just arrived in row just behind me for Broadway show. Performance is revival of Arthur Miller’s “The Price.”

A woman sitting five seats from Obama just said she didn’t realize it was him.