Former Mayor Terry Young has written this week’s editorial, which we endorse.

We make the following observations about the Helmerich Park land give-a-way:

If the sale of Helmerich Park were legal, the mayor’s new proposal would provide for $1.45 million to be devoted to the improvement of the balance of. Devoting the money to the park is good.

Immediately across the very same intersection a new Planet Fitness was constructed on just 2.48 acres of land purchased in 2015 that the county assessor at $18.00 per square foot only values the land.

The Planet Fitness land is at the same intersection, similarly situated and most certainly reflects the value of land only on all four corners of 71st and Riverside for retail commercial use.

Now, $6.5 million – if it was a legal sale – put back into Helmerich Park would make a legitimate impact on the park.

$6.5 million compared to the existing contract that would result in $1.45 million ought to show how silly this Dewey Bartlett deal is.

MAY BE TIP OF THE ICEBERG

SALE OF HELMERICH PARK MUST BE STOPPED 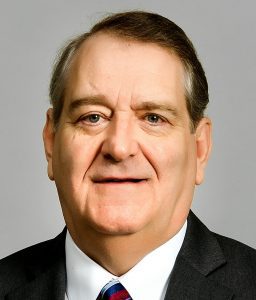 As a resident of Tulsa north during my term as Tulsa mayor (1984-86) and after, I was committed to a future of neighborhood parks adequately funded and maintained. Economic downturns and such have made that commitment difficult for succeeding mayors, but each of them – until Dewey Bartlett – had, in their own manner, attempted to be responsive to the need for holding on to parks and open space because it is important to the quality of life for our citizens.

It seems that every year there has been a rally call to residents to protect their parks.

The attempt to sell Helmerich Park land to a private retail land developer is flatly illegal. It is illegal to sell dedicated public parkland that is in use by the public as is Helmerich Park. It is also illegal to negotiate with a private selected buyer the sell of public land, which has been declared surplus. Public surplus land must be sold to the highest bidder at auction or sealed bid. – not privately negotiated as with a land developer as in   Helmerich Park contract of sale.

Helmerich Park was dedicated as public parkland by two city ordinances enacted by the signature of Mayor Rodger Randle on June 4, 1991. It was paid for in part with public sales tax money and by donations from private citizens and corporations Tulsa philanthropist Walter H. Helmerich, III.. He rushed in and led the effort to prevent that land (then privately owned) from becoming a commercial and office center.

It doesn’t matter if the only use of the public park is a pick-up basketball game on a weekend, a family picnic in summer months, or walking the family dog through an open area with trees and squirrels and chirping birds. If it’s a dedicated public park in use by the public, it cannot be sold.

For almost four years now, there been semi-public discussions to develop Helmerich Park into as much as 70 acres of retail commercial shopping stores and large office. It began in 2010 when the former Mayor Dewey Bartlett administration engaged an out-of-town consulting firm to evaluate “efficiency” in Tulsa’s fiscal and physical resources.

One of the recommendations resulted in Bartlett telling the Tulsa Parks and Recreation Board that it need to close 40 public parks and put them up for sale.

I regret having to get technical, but here’s a fact of established common law referred to and upheld by the Oklahoma Supreme Court numerous times:

“A municipal corporation cannot sell or dispose of property…where it has been acquired or dedicated for public use as a common, or as a park, or for school use, or for other public governmental uses.” – Eugene McQuillin’s Treatise on Municipal Corporations   (3rd Edition 1904)

The second class is property owned by the public for common use – or “commons” – which as stated in the McQuillin excerpt above specifically includes parkland.

Bartlett directed the city park board to put up for sale 40 publicly owned commons; these important and comparatively rare urban open spaces that are dedicated to be available for use by every Tulsa citizen as a park or open space environment.  What Bartlett proposed simply can’t be done in the manner he proposed.

Now, there’s proper way to do it, although the practical application of this process is also rare.

For example, Lantz Park, 4902 E. Independence, has restrooms and softball fields that have been locked and unused for many years. The park is no longer maintained. It appears to have factually been abandoned.  A case may be made that this land can be declared surplus to the needs of the city and put up for public sale. However, the sale must be to the highest bidder at auction or sealed bid – not privately negotiated with a privately selected buyer.

In the case of Helmerich Park, which our fine new mayor and city council were left to deal with after Bartlett’s political demise, there is no fact, no evidence, nothing to support the idea that any portion of the park has been abandoned.

The attempt by former Mayor Bartlett to sell, outright, 40 parks, and now this attempt to sell a portion of an actively used portion of our river parks system is a potential precedent that should scare us all.

Approval of this sale of Helmerich parkland may be just the tip of the iceberg. Its sale puts every city park in jeopardy. It must be stopped.