The Tulsa Public Schools Hall of Fame ceremony and dinner was held at the Marriott Southern Hills on Jan. 19, 2017. Individual plaques were presented to the honorees. Identical plaques will be installed in the permanent home of the Hall of Fame within the Tulsa Public Schools (TPS) Department of Athletics in the Charles Mason Education Service Center, 3027 South New Haven Avenue, Tulsa, Oklahoma.
Over the last nine months, a selection committee has weighed the accomplishments of scores of athletes and coaches who made their marks within the TPS system and beyond. 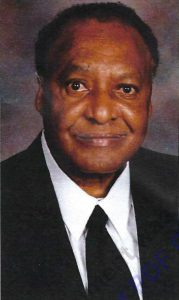 Nathan (Nate) Harris is an All-State basketball player in the Booker T. Washington Class of 1965 and went on to become one of the most acclaimed coaches in Oklahoma history. He played on Oral Roberts University’s first basketball team in 1965-66 before launching a Tulsa Public Schools coaching career that spanned 34 years.

After leading programs at Thomas Edison and Charles Mason high schools, he returned to his alma mater in 1982. Under his direction, BTW won 10 state championships and finished runner-up twice before his retirement in 2007. His career record stands at 632-239 and he coached in the 1996 McDonald’s All-American game. 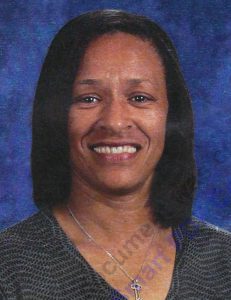 LaNita Luckey-Keys used her Central experience as a springboard to basketball fame at Baylor University. During her senior year at Central, 1987-88, she was selected homecoming queen and was a member of the state’s Super Five girls basketball All-State team. Ultimately, she was singled out as Oklahoma’s Gatorade basketball Player of the Year.

Accepting a scholarship to Baylor, Luckey-Keys played four years (1988-92) and averaged 16.4 points and 8.3 rebounds. In 2010, she was inducted into the Baylor Athletic Hall of Fame. She was cited for her overall accomplishments and record-setting play, including a perfect 12-for-12 field-goal shooting performance for a game.

Later, as the first in her family to graduate from college, she launched a business career that led her to the executive director’s position of the Waco, Tex., YMCA. 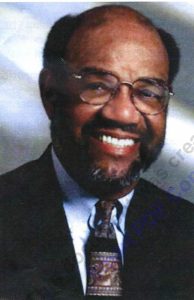 In the days before integration, Julius Pegues helped guide Booker T. Washington to three straight Oklahoma high-school basketball state championships. He also played football for three years and was valedictorian of the Class of 1953.

Although he did not receive an athletic scholarship to attend the University of Pittsburgh, he did earn the full grant just three games into his freshman year. Pegues went on to become a three-year varsity starter and Pitt’s first African-American basketball player.

Pegues played in two NCAA basketball tournaments, was selected by the St. Louis Hawks in the NBA draft, and upon graduation in 1958, with a degree in aeronautical engineering, was Pitt’s fourth highest career scorer.

He retired from McDonnell Douglas as principal engineer/scientist and is a member of the Tulsa Historical Society Hall of Fame. 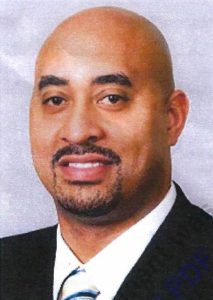 Shea Seals was the hometown product who made it big. As a Tulsa McLain High School senior, he was the 1993 Oklahoma Basketball Player of the Year following a season in which he averaged 24.4 points. Before he graduated in 1997, he had become the school’s all-time scoring leader and his jersey number, 21, has been retired.

Accepting a scholarship to the University of Tulsa, Seals’ impact was immediate. In his first collegiate game, he scored 33 points. He went on to earn Freshman All-American honors, averaging 16.8 points.

Seals played seven years of professional basketball. He returned to coach at McLain and at Booker T. Washington, where he won two state championships (2010, 2011). He later joined TU’s basketball staff as an assistant in 2012.

Seals is a member of the Tournament of Champions Hall of Fame.

H.J. Green contributions to Tulsa Public Schools were felt through parts of six decades. A native of Wakita, Okla., he was a three-year football letterman at Oklahoma State University. His first coaching job (football, track) with TPS was at Thomas Edison in 1959. He later coached football at Nathan Hale, Memorial and East Central.

During his career he served as a principal at Hale and Booker T. Washington, he coached elementary and middle-school teams.

In 1973, he led the development and implementation of a voluntary desegregation program at BTW. Later, he served four years (1987-91) as Executive Director of the Oklahoma Secondary School Activities Association.

Green returned to TPS as Deputy Superintendent (2008-10). He is a member of the Booker T. Washington Hall of Fame and earned two Tulsa Tribune football Coach of the Year awards at Hale.

From a three-year start as a player at Central, graduating in 1953, Billy Tubbs followed up with a 42-year run as a basketball coach.

Although he was head coach for 31 seasons at the NCAA level, he is best remembered for the 14 years he was at the University of Oklahoma. From 1980 through 1994, his teams won four Big Eight Conference championships and finished national runner-up in 1988. Twice he was selected National Coach of the Year and his OU record was 333-132, including three seasons with 30-plus wins.