This assignment, Expedition 56, will be her first spaceflight, and when that mission is over, she will stay onboard the ISS for Expedition 57. She will board the station as a flight engineer. 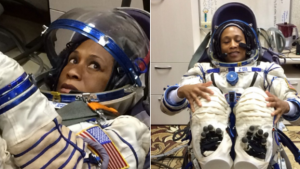 Who Is Jeanette Epps?

Epps was born in Syracuse, NY where she graduated from Thomas J. Corcoran High School in 1988. She received a Bachelor of Science in physics from LeMoyne College in 1992 and Master of Science and doctorate of philosophy in aerospace engineering from the University of Maryland in 1994 and 2000, respectively. Prior to beginning her space career, Epps’ impressive resume includes stints at Ford Motor Company in their Scientific Research Laboratory, and the Central Intelligence Agency (CIA) where she spent more than 7 years working as a Technical Intelligence Officer. She received multiple performance rewards for her work at the CIA.

What Is The ISS And Its Purpose?

A space station, simply put, is a large artificial satellite used as a long-term base for manned operations in space. The ISS, which is the size of a football field, was launched on November 20, 1998, on an autonomous Russian Proton rocket. It has a crew of five men and one woman: two Americans, three Russians, and one Frenchman. One of the Americans is a woman. They are on Expedition 50 which began October 30, 2016 and will end March 4, 2017. This expedition includes biotechnological research, human research and earth and space science.

NASA offers many opportunities for the public to get involved in the space program through a gateway called NASA Solve. This gateway allows anyone to engage in the nation’s aerospace program through challenges, prize competitions, citizen science, and crowdsourcing. The Space Poop Challenge was one such activity. This activity, under the heading of “living in space” sought proposed solutions for fecal, urine, and menstrual management systems to be used in the crew’s launch and entry suits over a continuous duration of up to 144 hours. The award available for this participation is $30,000. Submission deadline for this challenge was December 20, 2016 and winners will be announced in February.

One does not just wake up in the morning and decide that they are going to travel in space. Epps has been working toward space travel since 2009, when she was selected to NASA’s 20th astronaut class. From a group of 3,500 applicants she was one of nine chosen. This is the advice that Dr. Epps has for young women going into STEM (science, technology, engineering and mathematics) careers, “…anything that you don’t know is going to be hard at first. But if you stay the course, if you put the time and effort in, it’ll become seamless eventually. But you gotta put the time and effort in. Just because it’s difficult doesn’t mean you can’t learn it.” 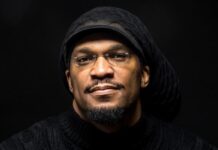