FREEDOM IS ONE GENERATION AWAY FROM EXTINCTION

President Ronald Reagan said, “Freedom is never more than one generation away from extinction. We didn’t pass it on to our children in the bloodstream. It must be fought for, protected, and handed on for them to do the same, or one day we will spend our sunset years telling our children and our children’s children what it was once like in the United States when men were free.”

Reagan’s admonition is nevermore apropos than now. Angst like a dark cloud hangs all over the nation.  The impending “reign” of President-elect Donald Trump, accompanied by his proposed billionaire coterie, his avowed racially conscious advisors, his proposed military laden cabinet members, and a Republican controlled Congress is causing profound discomfort to half of the American electorate. The other half is optimistic, if not elated.

Trump won mostly with the support of angry white, working class Americans, many of whom have been left behind in an economy that has not fully recovered from the 2007-2008 economic nosedive spawned during the presidency of George W. Bush. But for the working-class voter much of the anger wasn’t directed at the wealthy per se, but at the professional and political classes. There is still respect for wealthy individuals, including Trump and his proposed cabinet members because they are seen as successes in their fields.

During the campaign, Trump’s appeal to the anger was not about consistency on the issues, but raw emotion. Trump’s hypocrisies and vulgarities did not matter to his supporters. His entire moral universe seemed predicated on a morality of liking those who praise him, and hating those who criticize him.

But now politics aside, he is our president. What now?

We are all called to a higher standard. Can or will Trump inspire us to a higher calling?

What we must expect of President-elect Trump,

Presidents Thomas Jefferson, James Madison and Abraham Lincoln each set the benchmark. Jefferson said, “our part is to pursue with steadiness what is right, turning neither to right nor left for the intrigues or popular delusions of the day, assured that the public approbation will in the end be with us… Is it the less dishonest to do what is wrong, because not expressly prohibited by written law? Let us hope our moral principles are not yet in that stage of degeneracy.

Politics without moral courage was for Lincoln unthinkable. He must believe that he was right and that he had truth and justice with him or he was a weak man. Politics was not about helping people exercise rights apart from doing what was right.

Morality is intimately related to a nation’s government, for as James Madison wrote, “To suppose that any form of government will secure liberty or happiness without any virtue in the people is a chimerical idea.” Morality refers to conduct that is proper between members of society. Respect for the equal rights of every citizen becomes the foundation of morality and justice in a free society. Rightful government necessarily reflects this proper relationship in its policies and in its dealings with its own citizens and with other nations.

In his pre-inauguration statements, Trump sounds more Machiavellian. Machiavelli advocated “that preparations for war should be the foremost occupation of a leader, and that constant, preemptive action is necessary to prevent others from seizing control”.

Trump loves personal praise of and by himself. He is hawkish toward North Korea, bullish toward trade with other counties, and demagogues’ illegal immigration.

Is truth and justice with him and with us?

To Machiavelli, although private morality may rest on other factors—divine approval, personal character, or abstract duties, for example— “in public life only the praise and blame of fellow human beings really counts.” Among his most famous dictates are that “it is better to be feared than loved” and that “the appearance of virtue” is more important than virtue itself.

Fortunately, we have a Constitution, which gives us a system of checks and balances. Those who administer the presidency, the legislative or the judiciary branches of government, each have a personal motive to discourage or resist encroachments or abuse of power by one against the other.

Notwithstanding the ominous signs surrounding the Trump presidency, we are all obliged to pray for him and give him a chance, knowing full well “freedom is never more than one generation away from extinction.” 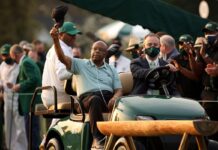 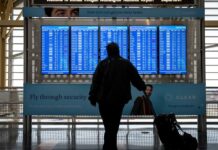 Taking A Road Trip For Thanksgiving? Here Are The Worst Times To Hit The Road