Wednesday, the Democratic leaders of California’s legislature announced that they would be hiring Eric Holder, who was attorney general under President Barack Obama, as their legal defense for the next four years to represent California in any legal battles with president-elect Donald Trump.

“Having the former attorney general of the United States brings us a lot of firepower in order to prepare to safeguard the values of the people of California,” Kevin de León, the Democratic leader of the Senate, said. “This means we are very, very serious.”

He went on to say that he expected California to challenge the new administration on issues from immigration to the environment. According to de León, Democrats in California have become increasingly nervous as they watched the president-elect put together his cabinet.

“It was very clear that it wasn’t just campaign rhetoric,” Mr. de León said in speaking about the proposals put forward by Trump that concern Democrats. “He was surrounding himself with people who are a very clear and present danger to the economic prosperity of California.”

As for Holder, the former attorney general released a statement about his new position, saying, “I am confident that our expertise across a wide array of federal legal and regulatory issues will be a great resource to the Legislature.” 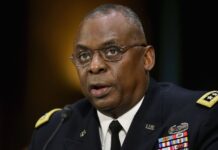 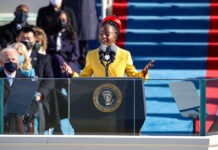