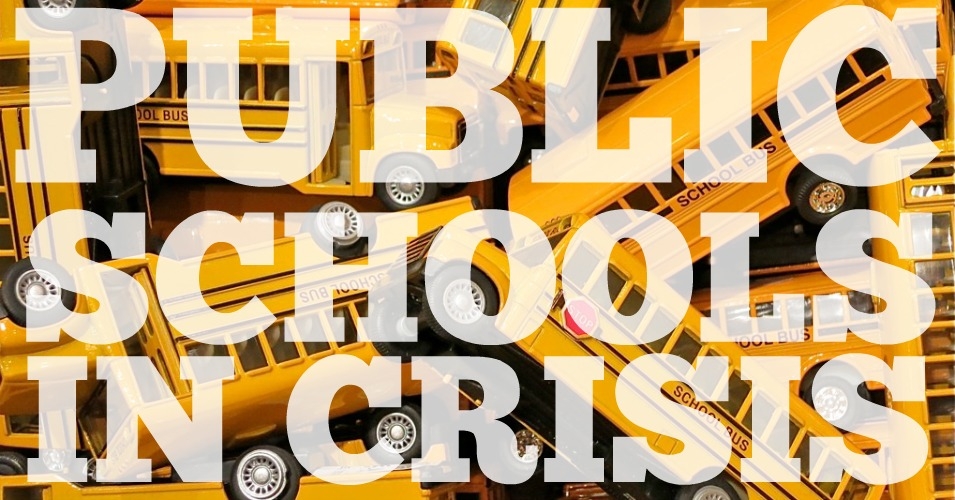 WHAT IS IT? IS THERE A CRISIS IN EDUCATION AMONG TULSA MIDDLE SCHOOL CHILDREN?

“The ideal of a public education has always been at the heart of the American promise… it’s the promise of a good education for all that makes it possible for any child to transcend the barriers of race or class or background and achieve their God-given potential,” said President Obama when he was still a Senator from Illinois. But to millions of Americans that promise has been so elusive to many for so many decades. In a country with over two hundred years of racial and ethnic diversity, a cause of celebration in many ways, a vast majority of its non-white children still don’t receive a good education from our tax-supported schools proportionally as do white children. America use to be a leader in education but now we rank 14 among other nations. Shockingly, as a free world country, we rank number 1 in putting people in prison. We have more prisons than schools. Sixty-two years ago, by unanimous decision, the U.S. Supreme Court in Brown v. Board of Education Topeka, Kansas, supposedly uprooted racial inequality in public education for good. But the Supreme Court’s ban on “separate (racially) but equal education” didn’t eradicate inequality in education between white and non-white children. Woefully, pernicious inequality in education among white and nonwhite students is still with us. A disproportionate share of American Indian, Hispanic and African American youth today still do not receive a good education- not even an opportunity. A disproportionate share of nonwhites fill our places of incarceration. Over the years, many people, from all races, have committed themselves to fixing and improving our public schools. Aside from there being public schools and private schools, there are now charter schools, community partnership schools, virtual schools – all intended to deliver to children an opportunity for a good education when public education seemed to fail. But a good public education has still eluded thousands of children, if not millions. In the midst of this change in landscape, change in school format and curriculum development, the U.S. Department of Education, says we have a “hidden educational crisis.” It identifies as a part of this crisis, the chronic student absenteeism, or the numbers of students missing school. Hispanic and black middle school students are dropping out at an alarming rate. According to some volunteer workers in the Tulsa Public Schools, between Hispanic and black middle school youth, the dropout rate hovers around an alarming 50 percent range. State Superintendent Joy Hofmeister contends schools are obligated to engage parents and remove barriers to attendance. At last, it seems that the Oklahoma leadership in education is moving in the right direction and catching on ways to address the root causes of the inequality in public education. U.S. Grant High School Principal Greg Frederick, in Oklahoma City, said, “if we have the kind of culture where students want to come to school, then I think that does more to deter absenteeism than anything.” Frederick said, “the ideal culture ensures safety and provides caring teachers and staff while holding students accountable to high standards.” Last legislative session, Oklahoma ditched its grading public school performance A-F report card system, after the grading came under criticism from Hofmeister and others. Oklahoma’s new plan for school accountability will pioneer a way of setting academic goals based on subgroups such as race and economic disadvantage, says Marianne Perie, a University of Kansas researcher who authored the final report on Oklahoma’s accountability system. The method combines student achievement and achievement gap reduction into one measure, said Perie. There is created a hierarchy of student groups: Economically disadvantaged (those eligible for free and reduced lunch), students with disabilities, English language learners, African American, Hispanic, Native American, and all other students. Whether this new plan will effectively address the issues of inequality in education remains to be seen. Will the plan be able to stem the tide of kids joining gangs, address their struggle with academics, keep up their interest in class, dissuade bulling or lessen the impact of problems at home? Will the plan provide ways to address parents who pull their children out of school to work or care for younger siblings or elderly relatives? Sometimes parents are too busy working to make ends meet. How will the plan deal with “the problem, particularly acute among immigrant parents who may not understand what [being a] dropout means, how that effects the children for the rest of their life?” Dr. Robert Balfanz, a researcher at John Hopkins University, makes the following recommendation he believes will help reduce, if not eliminate, school dropouts: ”Recognizing good attendance regularly through public, acknowledgment and social reward. Separating attendance from course performance (rather than lowering grades if students miss a certain number of days, structuring a way for students to make up assignments). Providing high engagement activities that provide avenues for short-term success and positively recognize asymmetrical skills levels. Getting “extra help” (such as after-school tutoring) right, focusing on what is needed for immediate success rather than exclusively on building general skills. Acknowledging that course grades are more predictive of eventual success than test scores (and so focusing academic improvement efforts on raising course performance, not improving standardized test scores). Recognize and build on student strengths. Provide time, training and support to teachers for implementation notion of intervening.” As this new initiative is implemented, more dialogue should continue in the public square on monitoring this new approach insuring every child has the opportunity to receive a good education. We must stem this tide of middle school dropouts. We encourage community forums and neighborhood gathering to become more fully aligned on our collective efforts to address this crisis among us.